It’s crunch time at the UN climate talks. Catch up on the latest and sign up here 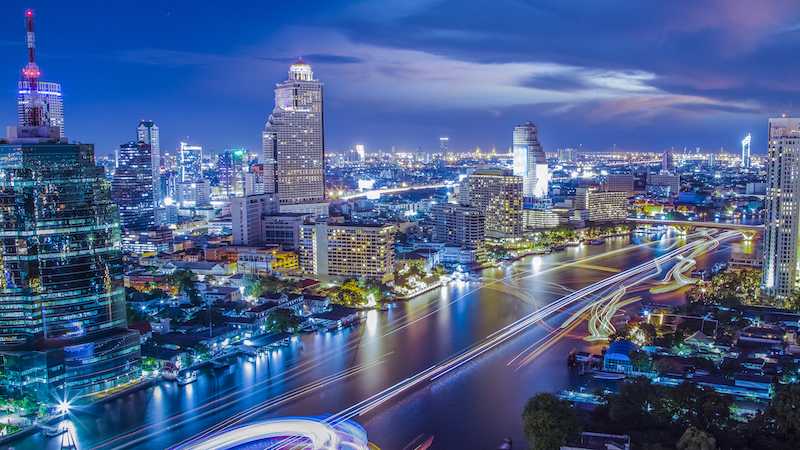 With two days left in Bangkok, negotiations are hotting up.

“We have officially entered crazy zone” says one source, preparing to pull an all-nighter on the rules for national carbon-cutting targets.

Diplomats are under the cosh – none more so than the fab four in charge of corralling a heap of drafts into coherent negotiating text and – ultimately – a rulebook for the Paris Agreement.

It hasn’t got a lot of play in international media, but the Latin America and Caribbean region (Grulac) has been unable to participate in a whole range of UN functions for over a year.

At issue is Venezuela. In August 2017, twelve countries condemned the Maduro government in the Lima Declaration for human rights abuses. Ever since, each side has vetoed the other’s candidates for positions like board member of the Green Climate Fund. The diplomatic stand-off also hangs over Brazil’s bid to host the 2019 UN climate summit.

A source from the region told CHN there was a Grulac meeting scheduled in Bangkok on Saturday, which may signal an easing of relations. But it was not clear who would turn up, with negotiators awaiting instructions from their capitals. Watch this space.

Plenty of room at the inn

The Silesia region is home to 3 million people, he tweeted, adding: “The key concern for the world is not the logistics of the conference but negotiating the package to implement #ParisAgreement.”

Katowice is the part of the biggest urban area of Poland – Silesia with around 3M people living in the nearby. The key concern for the world is not the logistics of the conference but negotiating the package to implement #ParisAgreement. https://t.co/NahpLYqwGY

Grassroots campaign network 350.org is organising a global day of action tomorrow, calling for a “fast and fair transition” to 100% renewable energy.

San Francisco, host of a jamboree of green business, city and state leaders next week, is being promoted as the big one.

There is an event listed in Bangkok, which at time of writing had six people signed up to attend. Activist Nathan Thanki assures Climate Home News there will be more.

In a plenary on Thursday, governments from the global south called for the developed world to make concessions on climate finance.

Egypt, representing the largest bloc of developing countries in the talks, seconded those concerns. So did Ethiopia and the group of least developed countries.

The African group said arrangements for funding after 2020 were “critical” to the developing world being able to cut its carbon emissions.

All this is pretty standard posturing on the perennially contested turf of climate cash. But in Bangkok, these words carry extra weight after the collapse of the last board meeting of the UN Green Climate Fund.

The GCF is supposed to be the major conduit for public climate finance, but it is in need of replenishment and its governance has been questioned from the top of the climate tree.

While envoys are not mentioning the fund specifically as they hash out the rules on finance, it’s in the air. One negotiatior, speaking anonymously, said the trouble “definitely impacts the way we are looking at finance”.

Joe Thwaites, an expert from the World Resources Institute, told CHN: “The GCF replenishment is certainly one of the issues on negotiators’ minds, but it’s not been mentioned much in the actual negotiations.”