Political divisions between rich and poor countries make the board of the UN climate fund ‘extremely difficult to work with’, says green growth chief 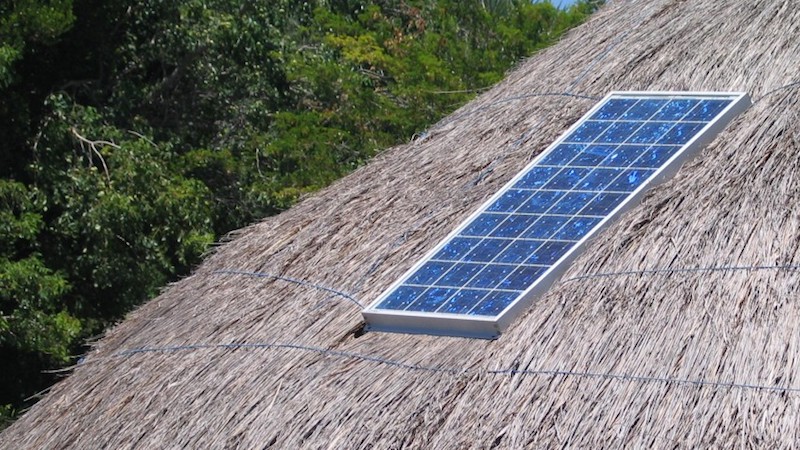 The Green Climate Fund was set up to help developing countries change their energy systems and cope with the effects of climate change (Photo: Commons)

The future of the UN’s major climate fund hangs in the balance, with a looming cash shortfall and a boardroom locked in conflict.

That is the assessment of international green leader Frank Rijsberman, in the most candid high-profile interview on the Green Climate Fund (GCF) since its board meeting collapsed last month.

Rijsberman is head of the Global Green Growth Institute (GGGI), which elected former UN chief Ban Ki-moon as its president this year. The GGGI has worked closely with the GCF to help developing countries bypass development banks and gain “direct access” to climate finance. He told Climate Home News he wanted the fund to succeed but it faced “massive challenges”.

Its most pressing issue was the need to convince governments to put in more cash, when the projects approved for grants or loans so far have barely started work.

“They need a replenishment faster than they will be able to show results, meaning they will have to be replenished based on goodwill and intent, which is difficult,” said Rijsberman.

Tensions between rich and poor country board members came to a head in July as they tried – and failed – to agree a process for raising fresh funds.

The GCF in numbers

Governments promised $10.3 billion in start-up capital, but Donald Trump is refusing to deliver $2bn of the US pledge. The pot has lost another $1bn in value due to currency fluctuations.

The board has committed $3.5bn to 74 projects worldwide. That leaves $2.8bn to play with. At the recent rate of approvals, that could be used up within a year. Drumming up a new round of pledges is expected to take at least that long.

Last year just $144.7m was disbursed. The target for 2018 was $900m, but the fund has stopped reporting this metric on its portfolio dashboard. Instead, it publishes the more flattering value of projects “under implementation”, which stands at $1.4bn.

But the fund’s problems run deeper than the immediate cash crunch, says Rijsberman, due to its unique governance structure. A core principle of the GCF is to give developed and developing countries an equal say in board meetings, unlike donor-driven funds. Their divergent interests in how best to invest makes conflict all but inevitable.

National board representatives are typically drawn from the ranks of climate negotiators. “Here a lot of the political discussions [from UN climate talks] spill over into the board, which makes the board extremely difficult to work with,” he said.

Decisions are made by consensus, which gives every board member veto power. “If the consensus is not coming forward for some reason, you actually block the entire fund,” explained Liane Schalatek, a regular observer from the Heinrich Boell Foundation.

Countries who insisted that the @GCF Board should be made up of climate negotiators – you got what you asked for. https://t.co/KsBwyBQfMf

This has proved unwieldy, with many policy decisions deferred due to lack of consensus. Proposed alternative ways of decision-making have likewise been blocked.

Where there are policy gaps, staff from the fund secretariat improvise, an official from a development bank told CHN. “They are making stuff up as they go along, due to lack of clear guidance from the board,” said the official, speaking on condition of anonymity.

“A full root-and-branch assessment is now needed” before governments put in any more money, the source added. “Contributors can’t sign blank cheques. Everyone knows that.”

Through this turbulent time, the fund secretariat is rudderless. Executive director Howard Bamsey quit with immediate effect at the board meeting, citing ‘personal reasons’.

The board has started to look for a successor to Bamsey, a fund spokesperson said, but has not yet advertised the job. Deputy chief Javier Manzanares is running the show until a permanent replacement is found.

In the past, the fund has struggled with recruitment to its headquarters in Songdo, South Korea. Bamsey’s replacement will have the sensitive tasks of fundraising, fixing governance and administrative problems while navigating boardroom politics.

Bamsey once held Rijsberman’s position at the GGGI, but the Dutchman ruled himself out. “‘Why would you think I would be interested?… I think it’s extremely difficult to get anything done,” he said. “I don’t know of any other similar mechanism where the board have so much overbearing influence on everything. So the freedom, the flexibility, the authority of the secretariat is extremely limited.”

The fund’s troubles come in a critical year for UN climate talks, with ministers due to finalise the rulebook for the Paris Agreement in December and discuss how to ramp up action.

UN climate chief Patricia Espinosa told the Thomson Reuters Foundation “it will impact on the general atmosphere” if the GCF cannot resolve some of its issues by then. She offered no specific suggestions for reform, but urged finance ministries to get involved in the discussion.

That echoed a plea for political intervention from Laurence Tubiana, a key architect of the Paris Agreement, in an article for the Thomson Reuters Foundation.

“The GCF was born for a reason. Poor countries lack faith in the multilateral development banks. This was the fund to solve that. And while projects aren’t being funded fast enough, those that have been funded have been innovative and impactful,” she wrote.

She called for investment in the fund’s board and the appointment of a strong director to make it “effective and decisive”.

Rijsberman said that, despite the fund’s importance, there are high-level conversations being held contemplating the failure of the fund to fulfil its mandate.

Personally, he said, he wants to remain optimistic. “I don’t want to contemplate that it will fail because it is such a critical part of what the world needs right now.”