The diplomatic heavyweight, who oversaw UN climate and sustainable development deals, will join Seoul-based organisation as its chair and president 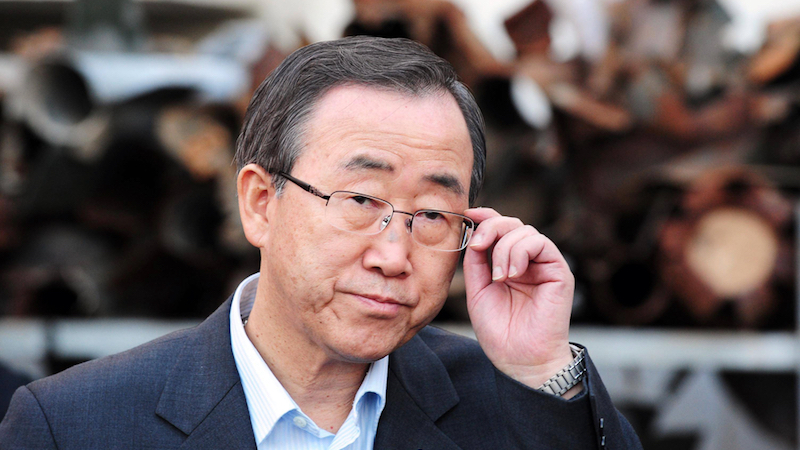 Former UN secretary general Ban Ki-moon will take over as head of a global organisation promoting sustainable economic growth, it was announced on Tuesday.

Ban was elected president and chair of the Global Green Growth Institute (GGGI). His heavyweight diplomatic record boosts the profile of the fledgling intergovernmental treaty organisation, which was formed in 2012 and has 27 member states.

Ban, who towards the end of his term leading the UN oversaw the creation of the Paris climate deal and the UN’s sustainable development goals, is also South Korea’s former foreign minister. The GGGI is based in the South Korean capital, Seoul.

He said he would use the position “to contribute to promoting green growth and sustainable development around the world. I will also try my best to fulfil the expectations of the international community in this regard”.

The GGGI supports developing and emerging economies with knowledge and finance. It aims to promote new ideas and technologies, preventing poor countries from following the environmentally damaging route to prosperity taken by industrialised nations.

GGGI director-general Frank Rijsberman said Ban’s work leading the UN had ushered in important targets that were “necessary for achieving a more sustainable and inclusive future”.

“The climate change targets agreed under the Paris Agreement and the 17 Sustainable Development Goals are rightly recognised among the world’s greatest diplomatic successes. His vision and leadership will help GGGI deliver even greater impact in our mission supporting member governments to achieve the ambitions set out under the SDGs and the Paris Agreement.”

Ulla Tørnæs, Denmark’s minister for development cooperation, was among the first to congratulate Ban on his new role. “I look forward to the cooperation! Together we will create #GreenGrowth,” she tweeted.