My dad, who retires today, changed how we think about climate change

Climate scientist Chris Hope has worked on climate policy since its earliest years, on the day of his retirement, his son Mat finally asks him what the Page model actually is 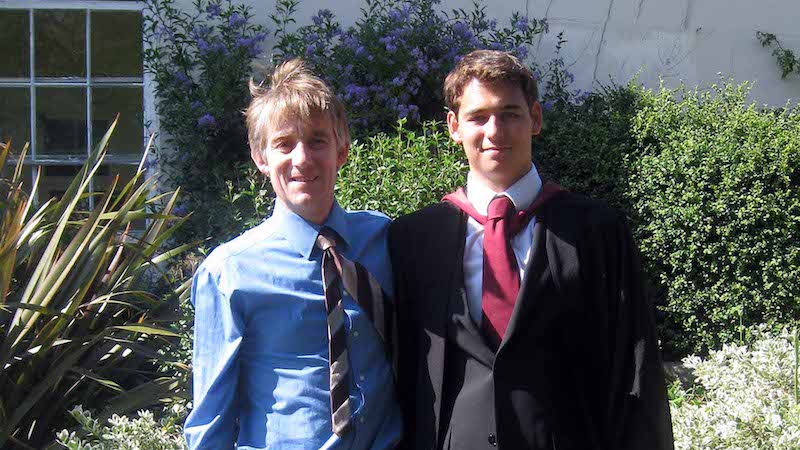 “You’re going to be working hard, so there’s no point doing things that you find a bit of a bore and that grind you down. It’s got to be something you find interesting, that you’ve got a set of skills you can apply to it, and – in my case – an important social issue.”

If that sounds like fatherly advice, it’s because it is.

The social issue is climate change. A topic that Dr Chris Hope, a modeller at Cambridge University, who won a share of the Nobel Peace Prize in 2007 – along with a few hundred others – for his work with the Intergovernmental Panel on Climate Change (IPCC), who has advised both the UK and US governments on how to cut greenhouse gas emissions, and still found considerable time to be my dad, has spent the best part of 35 years investigating.  For the past ten or so, I’ve joined him in my own way, as a journalist working on climate change.

But as of tomorrow, I’ll be flying solo. My dad is finally hanging up his abacus. Today, he retires.

You would have thought that in 30 years of life I would have found the time to talk to him properly about his storied career. Like most kids, I didn’t bother until it was almost over.

I’m so glad we finally did.

He talks about Donald Trump, climate change taxes, and why research is needed more than ever.

Not many people have been involved in the science, politics, and policymaking around climate change since the very beginning. He has.

First, as a researcher working on renewable energy in the 1970s. Later, as the creator of one of the few models that combine the science and economics of climate change, known as Page (Policy Analysis of the Greenhouse Effect).

Last week, he was on BBC’s flagship current affairs programme, Newsnight, calling for a climate change tax, which could then be used to cut other levies like income tax and VAT – a drum he’s been banging for decades.

“I believe it has to be that way because it’s the most efficient way of doing it, the easiest way of doing it, and the one that allows people to have flexibility in their own countries to do it the way they want to. You won’t have to twist people’s arms behind their back in China or India to do it because they’ll see it works well in the US or Europe if we do it first.”

Given his preferred solution has been on the table from the start but never seriously adopted, I ask if he thinks international climate politics has actually achieved anything.

“There have always been good intentions. Trying to translate those good intentions into international statements that everyone can sign up to has been difficult. The first attempt was Kyoto, and that had some weaknesses particularly in the size of the [carbon] cutbacks and how many countries were involved. Paris had more ambition and success in as much as more countries signed up to it. But you have to say it’s still only ambition.

“If you look at what is actually happening with emissions of greenhouse gases around the world then they’ve barely been dented by any of these international agreements. So we still have this desperate need to translate these good intentions and this good rhetoric into really good climate policy, which for me is a strong climate change tax.”

In the early 1990s he created the Page (Policy Analysis of the Greenhouse Effect) model. It has become the basis for informing political decisions on climate around the world.

I ask him to explain it, as if to an idiot. Given I’ve had 30 years to learn this, he’s polite enough not to point out who the idiot is:

“Climate change is very uncertain, and we don’t know how bad it’s going to get. But what we can do is model it as a risk management problem. And that’s what Page does. It says if we keep emitting greenhouse gases then temperatures will continue to rise. And while we don’t know by exactly how much, we can put a range on it, and say that if temperatures do rise by that much then the impacts will also have these kind of ranges.”

“If we decide we want to take action to cut our emissions, it might cost something. But the costs are also uncertain. And we can model those in Page, too. What we’ve found with Page over the years is that cutbacks in emissions have been worthwhile. The benefits have been bigger than the costs.”

To translate these results into a language policymakers can understand, Page calculates the social cost of carbon dioxide – the amount each additional tonne of carbon dioxide emitted today will cost the global economy in the future. That number can handily be converted into a suggested level for how much governments could make polluters pay for the damage their emissions will do – also known as a tax. 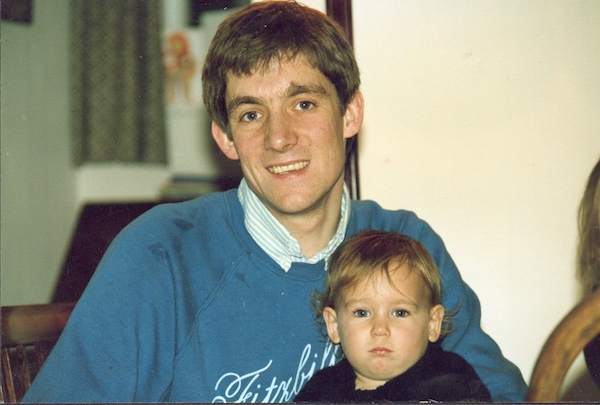 Page was used in a landmark economic study into the impacts of climate change published by the UK government in 2006, the Stern Review. That study suggested that climate change could cost the world at least 5% of GDP each year, and that implementing policies to shift to a low carbon future could benefit the global economy to the tune of $2.5 billion a year. A year later, the UK government drafted the world’s first Climate Change Act.

His involvement in the Stern Review remains the thing of which he is most proud.

“Before that time, in 2005 and 2006, I had to really persuade people that this was a useful technique and that they should take some notice of it. And after the Stern Review came out it was the other way around – people would come and knock on my door.”

“The Stern Review was probably the most influential review there has been of the economic impacts of climate change. And if that has managed to shift policy even a bit in the right direction and I was a tiny part of that then it’s probably justified the effort I’ve put into it over 30 years.”

Analysis: How the UK media changed its tune on climate change

But is it enough?

After the heady days of the Paris Agreement in 2015, climate policy has hit a significant stumbling block in the form of US president Donald Trump. As a climate modeller, my dad knows this more than most – between 2010 and 2016 Page was being used by the US Environmental Protection Agency to calculate the social cost of carbon dioxide. When Trump won the election and appointed fossil fuel lobbyist Scott Pruitt as its chief, the agency hit pause.

Is he really okay stopping now, when some world leaders are still openly asking whether climate change is worth doing anything about? In short: yes.

“I’m not an activist, I’m an academic. I got into this because I thought it was a really interesting topic that was really important, where the kind of skills I had could help us to understand it better. If I’ve been able to help other people understand it a little better, then from an academic point of view that’s good. That’s what I wanted to do.

“There’s some temptation to stop analysing this problem and go back into tribal positions, particularly with that kind of thinking in the US. But that’s the first thing I want to discourage. We need to keep analysing it.

“Being able to keep those research efforts going and keep having them funded is really important.”

Which brings us to perhaps the last outstanding matter of his career – finding funding for Page’s fifth update. He says he has the right people ready to do it – this time without him – but has yet to secure money for the update before the next IPCC assessment report.

Once that has been sorted – if it ever is – comes his own personal silly season. He’s kicked it off by applying his model to the pressing issue of whether tennis’ scoring system favours the underdog.

He has form with this kind of thing. In my teenage years, I remember the unexpected – and welcome – arrival of satellite sports channels in my house thanks to him “needing” it to apply Page to the problem of when football managers – statistically – should get the sack.

Given this painfully evident itch to constantly probe, analyse, and model the world, in all its seriousness and trivialities, won’t he miss the daily grind of being a university professor? He laughs.

“I don’t know if I’ll miss it because I haven’t stopped yet. But your mum says it’s time to ease off a bit and see how I enjoy doing lots of other things. And I think she’s probably right.”

Mat Hope is the editor of DeSmog UK