How the UK media changed its tune on climate change

After a month-long heatwave, British journalists are making the connection with global warming more confidently and clearly than in years past 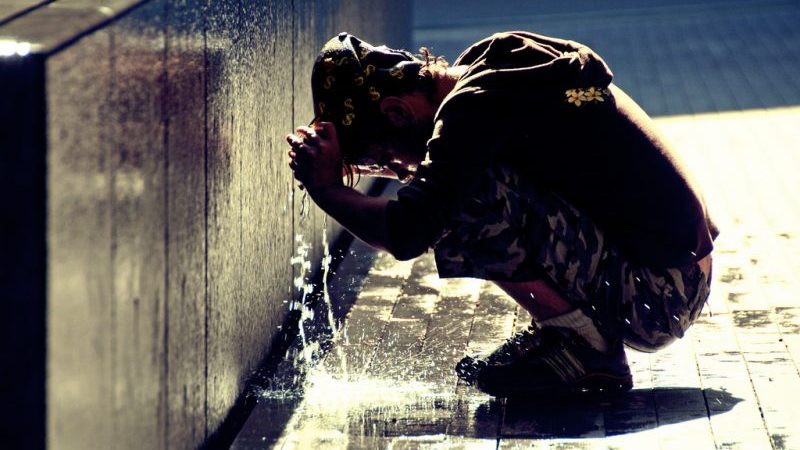 Britons are well known for keeping up-to-date with their weather. Rain or shine makes a headline.

Mainstream media outlets are quick to report on any type of unusual weather event in the UK. There has been no let up in coverage since temperatures started heating up towards the end of June.

Typically, when it comes to making a link to climate change, they are more cautious. But in the past week suddenly it was everywhere. Are journalists finally getting it?

BBC science editor David Shukman brought attention to the issue on Monday night’s news. “We can never say that a particular weather event like this heatwave is just because of global warming,” said Shukman in the news report. “What you can say, what the science allows you to say, is that the world is warming, that makes certain things more likely.”

As the national broadcaster, the BBC reaches a lot of people. “As far as the public is concerned the BBC is the number one source of information on climate change,” said Richard Black, director of the Energy and Climate Intelligence Unit and former BBC science and environment correspondent.

“With this heatwave the questioning has started a little bit earlier than it has done in previous years. One of the reasons is that this heatwave covers a pretty large area,” added Black.

The summer heatwave is being felt across the Northern Hemisphere, with temperatures inside the Arctic Circle in Sweden and Finland as hot as those seen in Spain. Temperatures have soared above 30C in Europe, North America, and Japan, where the heatwave was declared a natural disaster.

The big difference between the heatwaves of 1976 and 2018.
June 1976: the UK was one of the warmest places relative to normal across the globe, with most areas cooler than average.
June 2018: the UK was just another warm blob in a mostly warmer than normal world.#GlobalHeatwave. pic.twitter.com/eIsj7glEiE

Carbon Brief, which monitored the heatwave’s media reaction, noticed the abrupt surge in climate change coverage. “It’s noticeable that the UK media was being hesitant about mentioning climate change. There just didn’t seem to be any media coverage,” said editor Leo Hickman.

Once it arrived, though, he said the coverage reflected the scientific consensus better than it used to. “[It] has lacked that false balance we used to see five or ten years ago,” said Hickman, referring to the practice of giving equal airtime to scientists and sceptics. “All of the doubting is being left to the op-ed columns.”

And yes, some columnists did lash out at the newfound climate confidence. Christopher Booker wrote in the Daily Mail the UK will have “abnormally hot summers from time to time, just as we did in 1976 and 1846, way back before global warming was invented” and Rod Liddle dismissed the Met Office forecasters as “tiresome drongos” in the Sun.

But on the news pages and in TV studios, there was greater readiness to make a connection between the sweltering weather and global warming trends.

Chris Hope, a climate change policy researcher at Cambridge University, who appeared on BBC Newsnight on Tuesday, has noticed a slight shift when being interviewed. The link between extreme weather events and climate change has become more accepted, he told Climate Home News. “You don’t have to start off by trying to prove that link.”

“In this country we can cope with it by some adaptation… but we have to try & take action to bring down our emissions of greenhouse gasses.”– Dr Chris Hope from Cambridge University tells Emily Maitlis how the UK can adapt to changes in the weather.@maitlis | #newsnight pic.twitter.com/8MeYh8mY7V

Feeling the heat themselves can switch people on to a wider discussion about climate change, added Hope. “It’s always likely to be true that these kinds of stories come about when there is a link in the outside world, when audiences are more likely to be receptive to it.”