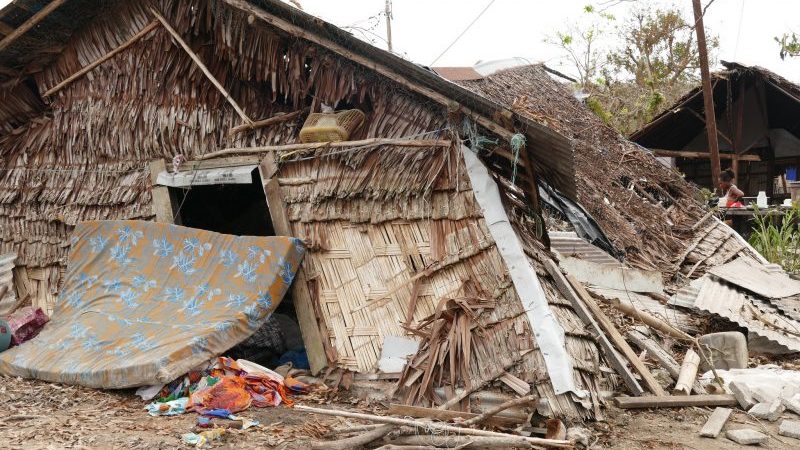 UK Labour supported a call by Vanuatu for a “climate damages tax” on fossil fuel producers at a meeting of Commonwealth heads of government in London this week.

“It is eminently reasonable that those most responsible for the damages caused by climate change should pay a greater share,” said UK Labour shadow international climate change minister Barry Gardiner.

He was speaking at a side event on Monday attended by Vanuatu’s foreign minister Ralph Regenvanu and Greens MP Caroline Lucas. Gardiner said Labour, unlike the Greens, had not settled on the tax as a formal policy.

“Labour has not committed to a specific climate damages tax, but we are clear that fossil fuels can no longer hide away from their enormous responsibilities,” Gardiner said.

Regenvanu said Vanuatu desperately needed funds to bounce back from climate disasters – and he would propose the tax to his Commonwealth counterparts as a solution.

The Pacific island state was due to host the summit until Cyclone Pam, a category 5 tropical storm, wiped out swathes of its infrastructure in March 2015. It is still rebuilding.

“Climate change is wreaking havoc with Vanuatu’s aspirations for sustainable development,” he said. “We just cannot afford what is happening to our country… Vanuatu would be very happy to see this tax come in as a way to help us.”

Consultancy Climate Analytics estimates unavoidable climate change impacts will cost developing countries more than $400 billion a year by 2030 and $1.6 trillion by 2050, based on current policy and warming trends.

In the 2015 Paris Agreement, countries agreed to address that loss and damage. But aside from a few insurance initiatives, which critics say leave the poor picking up the bill, they have yet to find a source of finance.

The proposal to make coal, oil and gas suppliers pay has been on the margins of debate for a few years. At the last round of UN climate talks in November 2017, Seychelles ambassador Ronny Jumeau, writers Naomi Klein and George Monbiot, and more than 50 NGOs declared their support.

Gardiner cited research linking historic greenhouse gas emissions to fossil fuel companies and a recently uncovered 1988 report by oil major Shell showing it was making similar calculations as far back as 1988. The company found its fuels generated 4% of global emissions in 1984 – double the UK’s carbon footprint at the time.

“While the governments of the world at least tried to find a way to tackle climate change, fossil fuel companies did the opposite,” Gardiner added. “Now climate breakdown is upon us.”

The UK is a major producer of hydrocarbons from its North Sea fields. The country is home to BP and dozens of other oil and gas companies are headquartered in London. Any decision to levy these companies for damages would be a departure from the UK Conservative government’s current policy of offering tax breaks to maximise extraction.

Located on the “ring of fire” in the Pacific ocean, Vanuatu is exposed to earthquakes and volcanic eruptions as well as tropical storms, sea level rise and drought. With poverty in the mix too, it is consistently ranked the most disaster-prone country in the world.

Sometimes seismic and climate factors coincide. The island of Ambae is in a state of emergency after a cyclone dumped heavy rain into its volcano as it was erupting, causing a massive ashfall across homes and food crops. “The cyclone exacerbated the volcanic eruption,” said minister Regenvanu.

Experts from Pacific neighbour Fiji and Dominica in the Caribbean also shared tales of destruction from tropical storms, which are set to intensify with global warming, and other climate change impacts.