A draft summary of the most important climate science report of 2018, published here annotated with changes from the previous version 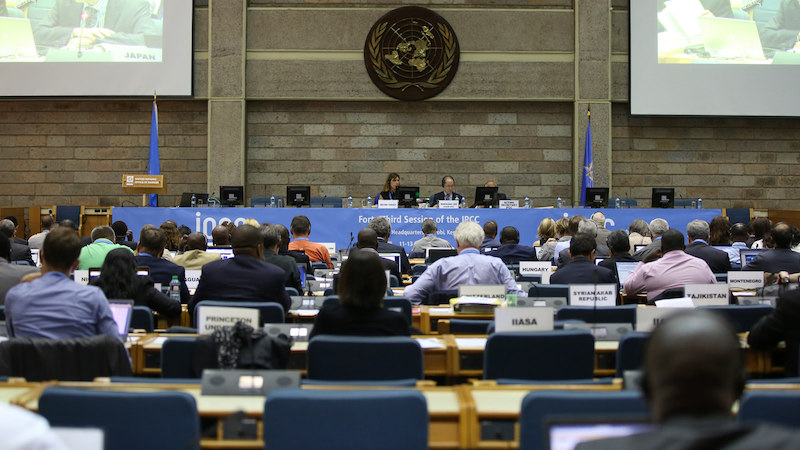 The UN's climate science panel has produced a new draft report on the impacts of 1.5C of warming (Photo: IISD)

What is the Intergovernmental Panel on Climate Change’s (IPCC) Special Report on Global Warming of 1.5C?

At the Paris conference, governments also charged the UN’s climate science panel, the IPCC, with producing a report that assessed the difference between these two goals would be, in terms of impacts on human life, the economy and the global environment. That report is due to be published in October.

What is this document?

This is the second draft of the summary for policymakers of the special report on 1.5C.

It has been compiled by climate scientists from around the world. A draft, which was published by Climate Home News in February, was circulated to the scientific community for review earlier this year.

The latest version, dated 4 June, has been sent to governments for comments on the ‘summary for policymakers’ (see below).  The review runs until 29 July.

What is a ‘summary for policymakers’?

The full report, known as the IPCC Special Report on Global Warming of 1.5C, will run to hundreds of pages of scientific data and findings. This is shortened set of conclusions and findings drawn from the larger report designed to provide information in a useable way for decision makers. Throughout the text you’ll see references to chapters in the larger report in curved brackets: eg. {2.3,2.5.3}.

Is this the final version?

No. This is a draft document and subject to change. The findings and recommendations should be read in that context.

After the document has been reviewed by governments, the entire report will go before the IPCC plenary to be approved (or not) by the member states. That final version is due to be released in October.

What are the comments on this document?

While this document is not a finalised or agreement version, it does represent an important progression on earlier drafts. We have summarised some of the changes here. CHN journalists have scoured the two drafts and applied comments where we note significant changes have been made since January.

The drafts were significantly different and cannot be compared line by line, so the comments are where we have noted important differences. Where there are no comments, the text is likely to have retained a similar meaning across both drafts.

Why is this just a text document?

What does the IPCC say?

The UN climate science body said it would not comment on the ongoing work of preparing the report. But it outlined why it felt releasing or reporting on the draft could undermine the work of the authors.

The IPCC is committed to an open, robust and transparent assessment process. During the review stages, the IPCC actively seeks the collaboration of researchers and practitioners across a broad range of expertise to provide expert comments on the draft reports. As with the normal practice of peer review, this process is designed to ensure that the report is as accurate, comprehensive and objective as possible.

Draft reports are provided to governments and reviewers as confidential working documents and must not be publicly distributed, quoted or cited. This is out of respect for the authors and to give them the time and space to finish writing before making the work public.