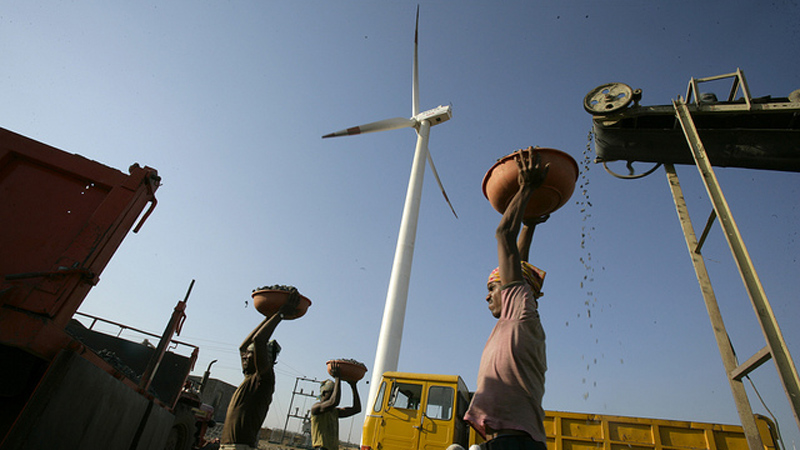 India is looking to increase its share of renewables but coal is likely to dominate for the foreseable future (Photo: Flickr/Land Rover Our Planet)

If there were a prize for the most self-contradictory report of the year, Coal India’s Vision 2030 would be a strong contender.

India’s state-owned coal miner has come up with some remarkably strong language on the threat clean energy poses to the sector, in the consultation document.

Outlining a handful of disruptive trends, it says no new mines will be needed beyond those already in planning. Yet it predicts coal demand of up to 1,900 million tonnes in 2030, a figure analysts say is absurdly high.

What is going on? The timing may give a clue: this week the government announced plans to open coal blocks to auction, smashing Coal India’s quasi-monopoly.

The document looks more like an attempt to deter would-be competitors than a genuine engagement with the implications of clean energy for its business.

“Even in the case of coal industry in India, trends portent [sic] that in the long run the demand is likely to decrease substantially” – Coal India’s Vision 2030 document

The UK has successfully lobbied to water down EU rules on the efficiency of burning wood for electricity, Arthur Neslen reports, based on documents obtained by Unearthed.

It comes as some scientists warn that even using residual wood for energy – widely seen as more sustainable than burning whole trees – will still create more emissions in the near term than leaving it to rot in the forest.

As UN chief, Ban Ki-moon made a big push for the Paris Agreement and sustainable development goals.

It is a theme he will continue to support in a newly announced role as president of the Seoul-based Global Green Growth Institute.

Nauru has got $26.9 million from the Green Climate Fund to climate-proof a new port. That works out at $2,380 per beneficiary, 150 times the fund’s portfolio average.

Was it worth it? Adam Morton examines what the contentious project tells us about the politics and policy of climate finance.

$2,380 – the cost per beneficiary of the Green Climate Fund’s contribution to a climate-resilient port in Nauru

The Labor Party will turn Tasmania into a net renewable power exporter if it wins next month’s state election, Sophie Vorrath reports for Renew Economy.

It is aiming to get to more than 120% renewables within five years, with a big rooftop solar push and a new interconnector to the Australian mainland.

It is not too much of a stretch, as the state regularly gets 100% of electricity from its ample hydropower resources, but the move to distributed renewables is significant and may help to make the grid more resilient.

Delhi is hosting the first International Solar Alliance summit next month, which aims to ramp up solar energy deployment particularly in tropical countries.