11 takeaways from the draft UN report on a 1.5C global warming limit 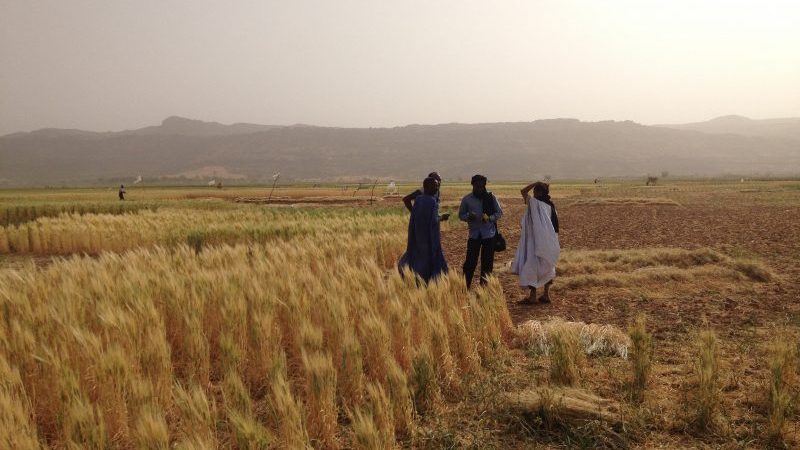 Under the Paris Agreement, governments worldwide agreed to hold global warming “well below 2C” and to aim for 1.5C.

The inclusion of that second, tougher, goal was a victory for small island states and other countries on the front line of climate change. It was an acknowledgement of fears that higher temperature rise posed an unacceptable threat to their futures.

But the vast bulk of research and analysis prior to 2015 centred on the 2C threshold, a more established international target. What would it take to bend the curve to 1.5C?

Enter the Intergovernmental Panel on Climate Change (IPCC). The climate science body agreed to produce a special report on 1.5C, summarising all the available evidence.

Climate Home News has obtained an early version of the five-chapter report, which is due to be finalised in September. The IPCC stressed it was a work in progress and may change substantially. It is open for review by experts and governments, and may incorporate further studies published by 15 May. Read the draft summary for policymakers in full here.

What is clear from the content so far, though, is there is not much time left. Here are the main takeaways.

The world has already warmed 1C since pre-industrial times. At the current rate, we will pass 1.5C in the 2040s.

Definitions are important here. This is based on a 30-year average global temperature, centred on the year in question, compared to 1850-1900.

Parts of the world, for shorter periods of time, are almost certain to exceed 1.5C warming sooner than that. The UK Met Office sees a one in 10 chance the global average will flicker over 1.5C within five years.

The fingerprints of climate change are already visible on extreme weather events, sea level rise and related impacts on ecosystems and human society. Each notch of warming brings more disruption.

At 1.5C, tropical reefs are at “high risk” of no longer being dominated by corals. The Arctic could become nearly ice-free in September. There will be “fundamental changes in ocean chemistry” that could take millennia to reverse.

The next half-degree ramps up the risk of flood, drought, water scarcity and intense tropical storms. There are knock-on effects: reduced crop yields, species extinction and transmission of infectious diseases like malaria. And these pressures multiply the threat of hunger, migration and conflict.

An extra 10cm of sea level rise is predicted this century with 2C compared to 1.5C. It also raises the risk of Greenland and West Antarctic ice sheets collapsing over the long term, dooming future generations to multi-metre sea level rise.

4. Poor and coastal communities will be hit hardest

Vulnerable communities are already experiencing threats from climate change. At both 1.5C and 2C these effects scale up. When crops fail, smallhold farmers may lose their livelihoods and be compelled to leave their homes, while the urban poor suffer from food price spikes.

Meeting the 1.5C goal is a huge ask. It implies cutting greenhouse gases faster than ever before across all sectors of the economy.

With the exception of recent upheaval in electricity supplies, the rate of change required “has no documented historic precedents”.

These shifts “require more planning, coordination and disruptive innovation across actors and scales of governance than the spontaneous or coincidental changes observed in the past”. They won’t happen by chance.

At the same time, carbon dioxide needs to be sucked out of the atmosphere. It gets little attention from politicians or policymakers, yet every single pathway to 1.5C relies on this to some extent.

Depending on the scenario, 380-1130 gigatonnes of CO2 should be removed. Firstly, this is to cancel out the leftover emissions after everything that can be cut has been cut. Secondly, it makes up for overshooting the emissions limits that would keep temperatures below 1.5C.

The more emissions cuts are delayed, the more rests on negative emissions technology, which could be problematic.

All of these models are probabilistic: assumptions about population, the economy, climate dynamics, policies and technologies go in and the likely impact on temperatures comes out. Some uncertainties are beyond human control.

Scenarios that give a 66% chance of holding temperature rise below 1.5C throughout this century are “already out of reach”, according to the draft summary.

That leaves a narrow path to walk to stay within the 1.5C threshold, or the prospect of overshooting and using negative emissions to restore the balance by 2100.

8. It’s all about the overshoot

As global warming outpaces efforts to curb it, models increasingly rely on “overshoot” to keep international targets within reach. That goes for 2C as well as 1.5C.

The bigger the overshoot – and scenarios in this report reach up to 1.9C before returning to 1.5C by 2100 – the more drastic action is needed to correct it.

And while temperature rise may be reversible, some impacts are not. An ice sheet cannot un-collapse or an extinct species be brought back to life.

Scaling up negative emissions in line with the 1.5C goal may clash with efforts to end hunger.

The main two measures relied on to remove CO2 from the air are increasing forest cover and bioenergy with carbon capture and storage (Beccs). The latter, which involves burning wood or other plant matter to generate electricity and pumping the emissions underground, is particularly controversial. Both require large amounts of land, potentially conflicting with food production.

“There is a high chance that the levels of CO2 removal implied in the scenarios might not be feasible due the required scale and speed of deployment required and trade-offs with sustainable development objectives,” the draft states.

The report does not make a judgement on which poses a greater threat to global food supply: bioenergy demand or 2C warming.

The draft takes a sceptical line on solar geoengineering, a prospective technology to cool the planet by reflecting heat into space.

As much as any technology, 1.5C depends on people changing their behaviour.