In Mato Grosso, logging permits are issued that allow export to European markets, even to those charged with crimes by federal authorities 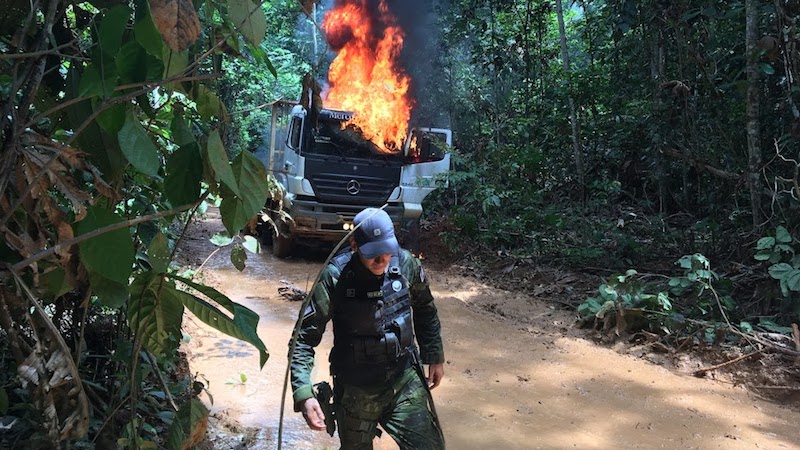 According to Brazil’s federal environmental agency, Hidemar Finco should be out of the logging business.

Just over one year ago, the agency, known by its Portuguese acronym Ibama, launched a helicopter raid in the Aripuanã Park indigenous territory. This reporter tagged along.

Well into the territory, agents came across two lorries loaded with timber. Logging within indigenous lands is a federal crime. Inside the vehicles, which were left abandoned upon the agents’ arrival, there were wood transport authorisations in Finco’s name.

Finco owns Taquara 1, a boundary farm less than 6km from where the raid took place. He has a permit from the Brazilian state of Mato Grosso to harvest timber on his lands. In a classic scheme to launder illegal timber, Finco was attempting to use this authorisation to disguise the trees stolen from Aripuanã Park, Ibama said. 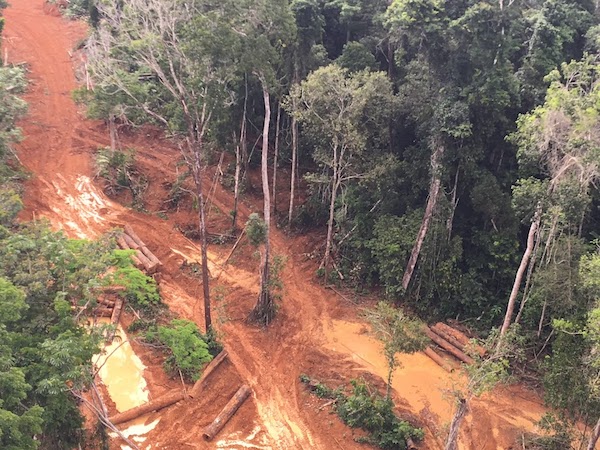 The agents set fire to the lorries and other equipment. Ibama issued Finco a $125,000 fine and blocked him from a federal system that provides licensing for wood export. Mato Grosso’s secretary of environment was informed of his malfeasance.

But the state of Mato Grosso, which just signed an agreement with the UK and Germany to finance anti-deforestation projects, sees Finco’s case differently. Seven months later, they ignored Ibama’s warning and granted a new license that allowed him to continue operating in the same region where he allegedly steals timber.

In a written response, the Mato Grosso environment secretariat said the Ibama case against Finco was not considered because “the project is related to a private area, not an indigenous land”.

Since December 2016, this reporter has made several attempts to interview Finco, but all requests were left unanswered.

Mato Grosso is a hotspot of deforestation in Brazil. A leading soybean and meat producer, its politics is dominated by the country’s all-powerful agricultural lobby, which is hungry for more land to be cleared.

The state government has flooded the market with logging authorisations. In 2017 alone, Mato Grosso, which holds 18% of Brazil’s Amazon forest, authorised the extraction of 7 million cubic meters of native timber. This figure is higher than the sum of all seven other Amazon states combined. If fully used, the credits would be enough to load more than 375,000 lorries with logs.

According to Ibama’s top official Luciano Evaristo, Mato Grosso does not have enough forest to feed the number of permits being written. These documents are used to launder illegal timber into European markets, according to Ibama and NGOs such as Greenpeace.

Despite this, the state could benefit from a share in $123m in REDD+ anti-deforestation deals with Germany and the UK, signed during the 2017 UN climate talks in Bonn. 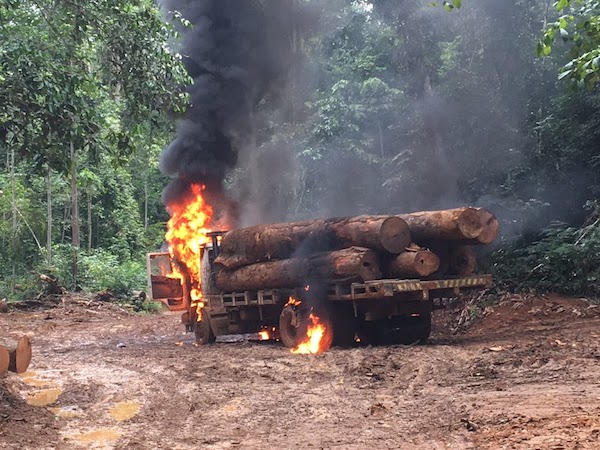 The trucks contained logging permits under the name of Hidemar Finco. They were destroyed in accordance with Ibama proceedures (Photo: Fabiano Maisonnave)

To the dismay of Ibama and environmentalists, Finco is far from an exception. In July, Mato Grosso authorised timber harvesting inside the Kayabi indigenous territory, even though this is forbidden by Brazilian legislation. Four months later, the federal agencies managed to suspend the license.

Those licenses were signed by Mauren Lazzaretti, who was head of Mato Grosso’s license office until December. Outside government, Lazzaretti has made a career as a lawyer representing loggers and other defendants of federal crime. She told Climate Home News there was no conflict of interest, as she ceased her legal practice while in office.

For Roberto Cabral, the commander of the operation that destroyed Finco’s trucks, the reissuing of the logger’s license is deflating.

“It’s as if someone ran over and killed a person, but bought a car in order to drive again. In the environmental area, the fines are linked to the vehicle, not to the driver,” he says.