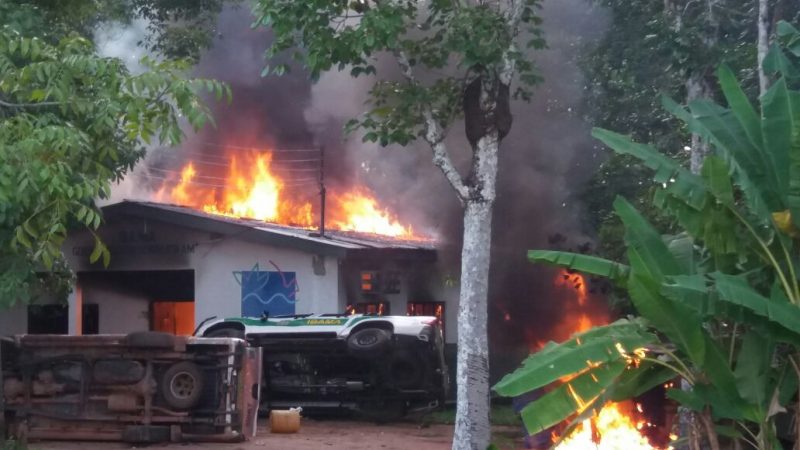 A war has been declared in the Amazon.

That is how Luciano Evaristo, director of Brazilian environmental law enforcement agency Ibama, described the latest developments in the fight against deforestation.

The last major incident took place on 27 October, when a mob torched Ibama’s office and four pickup trucks in Humaitá, in the state of Amazonas, after a crackdown on illegal mining operations in Madeira river. Another environmental agency, Chico Mendes Institute of Conservation of Biodiversity (ICMBio), also had its office destroyed. In response, the federal government sent army troops to patrol the city.

“We have lost 14 pickups this year alone criminal attacks against Ibama,” said Evaristo on the sidelines of UN climate talks in Bonn, Germany.

Surprisingly enough in the context of Brazil’s deep economic crisis, Evaristo says money is not the problem. Ibama’s budget has been reinforced this year with a Norwegian and German-backed anti-deforestation fund, and the environment minister increased its budget for next year by 11%.

The problem, he says, is a lack of cooperation from local and state governments. “There is evidence of a planned action with the participation of local politicians and organized crime,” said Evaristo.

The head of the environmental protection agency accused state governments of granting excessive logging permits to shadowy companies, allowing them to launder illegally felled timber for export to the US, Europe and other international markets.

“It’s permit on on top of permit. There is not enough forest for so many permits,” he said. “When the Amazon state governors arrive here in Bonn and say ‘we will commit to zero deforestation’, ask how many permits they are granting.”

Mato Grosso and Acre states and the federal government signed deals totalling $123 million with donors for REDD+ anti-deforestation projects in Bonn on Tuesday. Germany is disbursing €61 million ($71m) and the UK £40m ($52m) towards the programme.

According to the Ibama director, Mato Grosso is one of the most problematic states. Lumber mills operate on the edge of indigenous territory despite a ban on logging within, Evaristo said.

In a WhatsApp conversation, the chief of staff for Mato Grosso’s environment secretary, André Baby, expressed surprise at Evaristo’s declaration. “We are focused on improving environmental management in Mato Grosso. We invited Luciano and Ibama to be with us. If they want to audit our database, they are welcome,” he said.

Christiane Ehringhaus, coordinator of the REDD+ programme for development bank KfW, which is channeling the German funds, said Mato Grosso’s size – three times the area of Italy – and multiple actors presented some challenges.

“The fight against deforestation is getting more and more difficult,” she told Climate Home News. “We would like to see more cooperation between federal government, states and municipalities.” 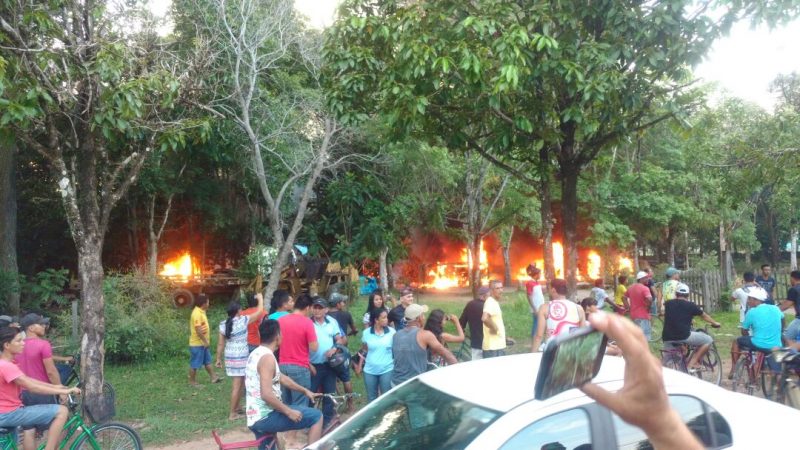 Environmental law enforcement is highly unpopular in the Amazon, especially in areas where cattle, and illegal logging and mining are the main economic activities. More often than not, local politicians are led by people involved in environmental crime.

It is no surprise, then, that the mayor of Humaitá blamed Ibama for the riot. A few weeks ago, another mayor from Ourilândia do Norte went to Brasília to lobby the government to let gold miners to work in indigenous territory.

Brazilian environmentalists have long warned of bogus logging permits and corrupt local officials undermining efforts to protect the rainforest. They say president Michel Temer has made the situation worse, pardoning environmental vandals to protect his precarious hold on power.

In the past two months, the lower house of congress voted twice to reject corruption charges against Temer for allegedly taking bribes, thus avoiding a Supreme Court trial that could have unseated him. In exchange for parliamentary support, Temer has adopted several measures favouring the influential “beef caucus”.

In July, for instance, Temer signed a law that legitimizes land-grabs from as recently as 2011 and allows squatters to buy title deeds at discount rates.

“The state, which has to take care not only of the law but of those 70 million hectares [of Amazon public lands, twice the size of Germany] is passing the message that crime finds shelter, that illegal activity is tolerated,” said Marcio Astrini of Greenpeace Brazil during the debate in Bonn.

“We have gone to the very dangerous situation where lawlessness is making the laws. This is perhaps the worst picture possible, because the message that reaches the person committing the crime is of total permissiveness.”

One of the founders of Greenpeace Brazil, Paulo Adario, said the Amazon is living a “wild west” moment”: “Crime in Brazil has become the rule because the examples come from above. The criminals are in office.”

Unabated, Evaristo, who has earned a reputation as a hardline Amazon champion, promised to step up his work. To a round of applause, he pledged: “We’re going to fight. You can be sure, we will go until the end, no matter the bullets they shoot at us. We will lower deforestation. Crime cannot win.”