America’s pledge is about more than pollution

US mayors and governors want to show the world they stand by US commitments, but to their African counterparts solidarity means cash 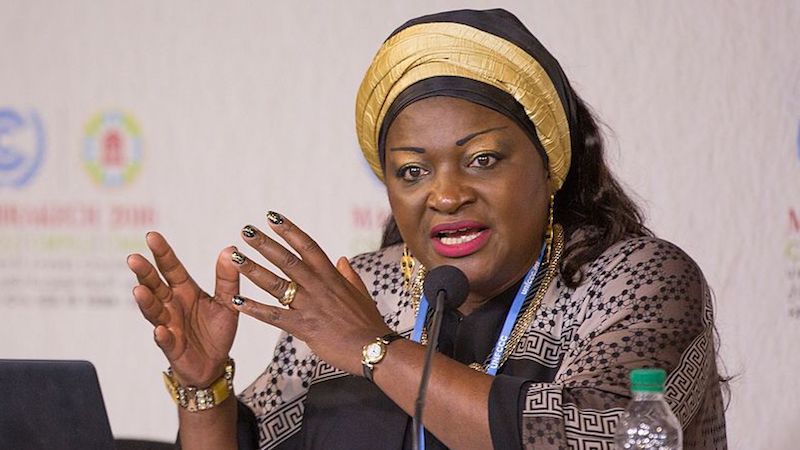 The presence of US cities and states at UN climate talks in Bonn has been big, brash and supercharged with billionaire cash.

In a bouncy castle-like dome on Saturday night, mayors, governors and activists repeated their mantra – “we are still in”. Branded America’s Pledge, the sideshow is an attempt to convince the world that the US will stand by its commitments to the Paris climate deal.

House music, champagne and confidence – paid for by Michael Bloomberg, Tom Steyer and others – flowed in equally neurotic proportion.

Sunday morning, 9am, back to reality. Climate Home News is drinking black coffee with Solly Msimanga, the mayor of Tshwane – the municipal region that contains the South Africa’s administrative capital Pretoria.

Msimanga is standing on the lip of one of the great demographic shifts happening on earth, the urbanisation of Africa.

From 3 million today, Tshwane will double in size by the middle of the century, he predicts, although no-one really knows. Every year, 10,000 new families move into the city, many migrating from Zimbabwe or Mozambique.

This population shift is happening across the continent. Africa’s cities are expected to triple in size by 2050, sending energy demand and pollution soaring.

“There is a danger and an opportunity in how we plan going forward,” says Msimanga. “The more developed countries are dealing with monsters built years ago.” But he says Africa’s mayors could leapfrog those problems, if they heed the warnings.

That means reinventing the wheel. Many old modes of urbanisation are defunct and much of the knowledge of how to green a city is tied up in the giant retrofitting process only just beginning in the cobbled alleyways of Europe and suburbs of the US.

Climate finance, which the rich world has acknowledged it owes to the poor for causing climate change, isn’t simply a justice issue. It’s also preventative.

By the end of this century, if all Africans have the carbon footprint of South Africans (who currently have the highest emissions on the continent) it would add 1C to the global temperature. How Africa’s cities grow will make a huge difference to all of us.

Yet under Donald Trump, the US has said it will renege on $2bn it has promised to the Green Climate Fund – the UN’s major conduit for climate funding. That money is the glue that holds the Paris deal together, yet it features little in the fine words offered by the US dissenters in Bonn. The mayors and governors are preoccupied with how much they can do to cut their own emissions without federal help.

In Jakarta, already a megacity, there is little public appetite for attempts to cut down on carbon emissions, says its deputy governor for spatial planning and environment Oswar Mudzin Mungkasa, especially if they pose a threat to the economy.

Every day, 3 million commuters grind in and out of the city. The resulting air pollution is tangible and has spurred the government to spend money on mass public transport.

Industrial pollution sources, like coal power, have been moved out of the city into surrounding countryside. But not shut down. It would be impossible for the city to talk seriously about spending public funds on cleaner alternatives, says Mungkasa.

“It’s difficult for us to reduce carbon pollution because it is something new. Because we are talking about people who are looking for a job,” he says.

Célestine Ketcha Courtès, the mayor of the small city of Bangangté in Cameroon and president of the Network for Locally Elected Women of Africa, says access to climate finance is essential as cities like her own prepare for the boom.

There are problems with the structure of the Green Climate Fund in getting money to the cities and institutions that need it and know best how to use it.

But there is also just $10bn pledged to the fund, which falls to $8bn with the US reneging.

The Centre for American Progress reports that each $1bn given to the GCF could prevent almost half a billion tonnes of carbon pollution each year and also help 55 million people be better prepared to face the impacts of climate change.

The need to address this side of America’s pledge to Paris is being discussed. In Massachusetts the legislature is working through legislation that will add a voluntary donation to the GCF’s sister fund, the Adaptation Fund, to resident’s income tax forms. The city of Seattle has passed a resolution to uphold its portion of the bargain.

And there was a conversation in the alternative US pavilion on Saturday, says Dan Zarilli, the mastermind of New York’s plan to go carbon neutral by 2050.

“It’s really hard for local or state officials to make those direct contributions, but there may be some kind of crowdsourcing there may be some other philanthropy that can fill some of that gap. Probably nowhere near to a $2bn federal void that’s just been left. But there is at least some conversation happening,” he said.