New York City aims to be carbon neutral by 2050 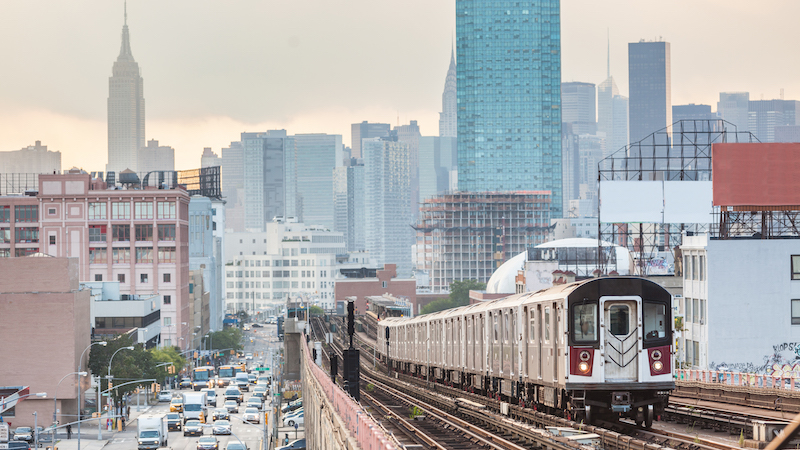 Subways will be expanded to draw cars from New York's roads under a new plan for the city to slash emissions (Photo:Deposit Photos)

The day after Donald Trump announced his intention to withdraw from the Paris climate accord, New York mayor Bill de Blasio said the president’s home city was going to take a different path.

Now the US’ largest city has released a plan that aligns its future to the most ambitious target of the Paris deal – limiting global warming to 1.5C.

On Tuesday, de Blasio released a citywide plan that outlined the first three years worth of measures as the city seeks to cut emissions by 80% below 2005 levels by the middle of the century. The plan – called 1.5C: Aligning New York City with the Paris Climate Agreement – also called for the city to offset all remaining carbon pollution by 2050.

To achieve “carbon neutrality” in just over three decades, the plan says New York will lead the development of a “global protocol”. It said this could include large scale renewables, carbon sequestration and carbon offsets to account for all residual pollution.

The mayor has called on every agency of the city government to develop strategies to comply with the goal of 1.5C.

De Blasio said: “Big problems require big solutions – and New Yorkers are already hard at work to meet the most ambitious goals of the Paris Agreement. In the Trump era, cities have to lead the way when it comes to fighting climate change. Hotter summers and powerful storms made worse by climate change are an existential threat to a coastal city like ours, which is why we need to act now.”

Mark Watts, the executive director of the C40 Cities group, said the plan was a “world-leading example of evidence-based” planning. 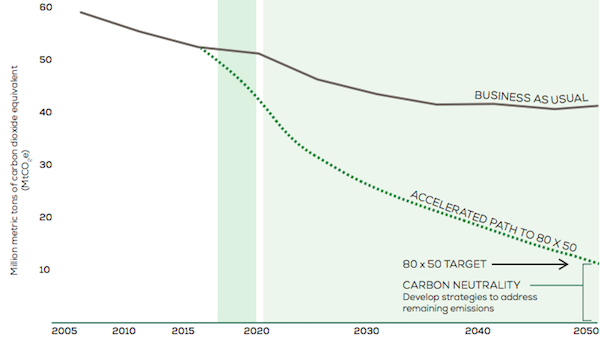 The plan, which focuses on specific actions up to 2020, also covered building codes, energy production, efficiency and transport. It heralded the advent of the electric car, announcing $10 million for fast charging hubs in all five boroughs by 2018. By the middle of next decade, it is aiming to install 50 such hubs citywide.

Since Trump became president, almost 200 cities, states and nations – including New York City – have signed up to a coalition led by California governor Jerry Brown. That coalition calls on signatories to develop plans in line with the Paris climate goals.

“In the face of federal inaction on climate change, it is now more important than ever for cities like New York to step up to fulfil the Paris Agreement,” said Daniel Zarrilli, senior director for climate policy in the mayor’s office.