Lack of expertise means money for climate protection is spent on consultancy fees, which African officials say end up back in wealthy countries 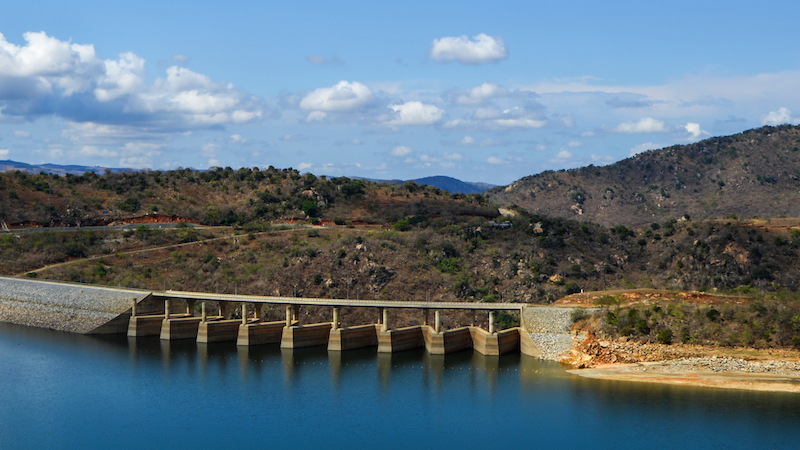 By Mantoe Phakathi in Manzini

Even as they plan to demand more cash at UN talks in Bonn this week, poor countries lack the ability to initiate and implement climate projects, according to a senior African diplomat.

That means money is being sent back to rich countries through consultancy fees.

In an interview with Climate Home News, former chair of the African climate negotiation group Emmanuel Dlamini blamed this on developing countries’ limited ability to prepare applications and carry out the work once they have received the funding.

“Developing countries still hire consultants from developed countries, who often don’t even understand the context, to write proposals and implement adaptation projects,” Dlamini said, ahead of climate talks to be held in Bonn, Germany, starting Monday.

Dlamini made an example of a $3 million GCF-funded project aimed at making drought-threatened rural industries in Swaziland more resilient to climate change, which he said had been delayed by lack of skilled people in the country.

“We need to hire a consultant to help in the implementation of the project and the process is delaying the project,” he said, adding: “A lot of developing countries have a similar experience.”

Dlamini, who is also Swaziland’s climate change focal point, said this demonstrates some of the major challenges facing developing countries, apart from funding, which need to be acknowledged.

“Most developing countries don’t even have the capacity to develop their own technology to help them move towards low-carbon development and create jobs in the process,” he said.

Under the 2015 Paris Agreement, countries agreed to mobilise $100bn a year by 2020 to build resilience against climate impacts in developing countries. Because of their historic carbon emissions resulting to climate change, which is disproportionately impacting the global south, northern countries have accepted responsibility for this climate finance.

Demands for further money to be disbursed are set to increase at the talks in Bonn. Especially after US president Donald Trump ruled out making any further contributions to the GCF – even though the US still has not delivered $2bn of its $3bn pledge.

Chair of the least developed countries negotiating group Gebru Jember Endalew told Climate Home News that the conference needed to be one of “finance and support”.

“The LDCs will certainly be calling for greater finance and making sure this issue is heard loud and clear in the negotiating room,” said Endalew.

Dlamini said developing countries were right to make these demands, but more needed to be done so they could stand on their own feet.

In an attempt to address this problem, in July the GCF released $9m to help developing countries build their ability to write proposals and implement projects. Among the beneficiaries were Rwanda, Mauritania, Egypt, Ghana, Jordan, Maldives, Nepal, Tonga and the secretariat of the Pacific community, an organisation governed by 26 Islands and Developing States.

International policy and development advisor at Climate Action Network (CAN), Lucile Dufour, agreed it was crucial to support the most vulnerable countries to develop projects that will help them to build resilient societies and benefit marginalised communities.

Dufour questioned why “scarce resources” were being used to pay experts from rich countries when they were meant for mitigation and adaptation projects in the developing world.

“This is why we need to first build capacity so that [developing] countries can access climate finance and decide on how best to use it,” said Dufour.

She added that it is also important that decisions were taken by beneficiary countries rather than by donors or multilateral development banks or funds from the developed world.

Rich countries currently prescribe projects to be implemented in developing countries, according to the Pan African Climate Justice Agenda executive director Mithika Mwenda, all the while gobbling up the very money they purport to provide.

“We have witnessed situations where consultants come to helpless African countries to ‘help’, only to develop and impose policies or projects whose contexts are completely away from local realities,” said Mwenda. “The result of this is that these remain just documents, as they lack ownership from the people themselves.”

But he disputed Dlamini’s claim that developing countries, including those from Africa, lack skills to initiate and implement projects, calling it a fallacy advanced by rich countries to delay and eventually justify failure to deliver on the 2020 target of $100bn per year.