US-Sino relations viewed as too important to be upset over climate change, say observers close to the Chinese government 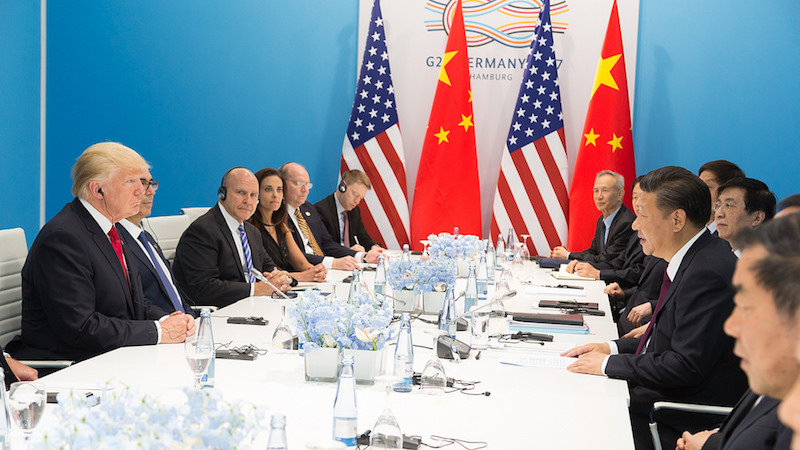 As leaders of the world’s two largest economies and carbon emitters meet in Beijing today, climate change is expected to be given little spotlight, even as their meeting coincides with the annual global climate conference.

More than 190 countries are gathered in Germany to work out details to implement Paris climate accord, which Donald Trump says he will leave.

Official Chinese media reported that discussions on how to rein in North Korea and how to address the US trade deficit with China would dominate Trump’s first visit to China as Xi Jinping rolling out grand pageantry to welcome him.

Other world leaders, including France’s Emmanuel Macron and Canada’s Justin Trudeau, have confronted Trump directly over his position on the Paris accord. In the lead up to Trump’s announcement he wanted to withdraw from the deal, Xi told Macron he would “protect” the gains won in the French capital in 2015.

Yet Chinese climate policy watchers are not expecting climate change to be prioritised in discussions between the world’s most powerful leaders. Instead, analysts anticipate discussion of energy deals between the two countries, particularly for natural gas.

Xi has avoided directly confronting Trump on the issue during previous in-person meetings or telephone conversations.

China does not want climate change to create new frictions in Sino-US relations, said Fu Sha, a researcher close to China’s delegation to the talks. Climate change is no longer a highlight, but there’s no point making it a “gray point” or even a “friction point” between China and US, Fu said.

Teng Fei, an associate professor with Tsinghua University who is also a former Chinese delegation member, said China would rather “seek common ground while reserving differences” as the Sino-US relationship was too important to be upset.

Green groups have welcomed Xi’s comments over the past year reinforcing China’s commitments to Paris Agreement and protection of global climate regime. As well as Xi’s latest remarks that China is willing to take a “driving seat” in global debates for tackling climate change at a high-profile Party Congress last month.

On Tuesday, Syria announced it would be joining Paris Agreement, leaving the US the only country to reject the global pact.