While India has loudly criticised a decision on the commitments rich countries made up to 2020, their partner in the ‘like-minded’ bloc was not like-minded 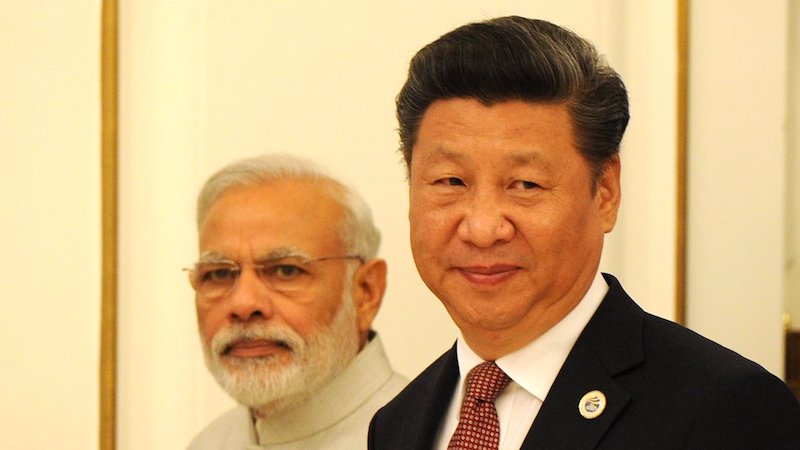 India and China had a lot to disagree with each other over the past year: border dispute, trade friction, glitches in water data sharing, and impact of a massive infrastructure and trade initiative championed by Xi Jinping.

But not in negotiation rooms at Bonn climate conference, yet. In the opening sessions, China and India, as part of a developing countries group, requested that a discussion of the promises laid down by rich countries to meet before 2020 should be included in the negotiation agenda.

Fiji presidency called for more consultation before deciding early next week. Indian negotiator Ravi S Prasad immediately said that if promises made to the UN were not taken seriously it could undermine trust in the process. Reports in the Indian media suggested China and India were joined in angry protest at the decision.

Yet on Tuesday, Chinese officials were sanguine about the developments.

“I wouldn’t say China is particularly upset about the decision [for further consultation],” a Chinese official told Climate Home News. “No matter [if the issue of raising pre-2020 ambition] is put on the agenda or not, it’s all part of the negotiation process.”

China: Is it the leader UN climate talks need?

Lu Xinming, a senior negotiator with China delegation told a group of Chinese reporters on Monday that China would “take heed on” development of the proposed agenda item, because “this is of concern to many developing countries”.

Lu, from the National Development and Reform Commission, explained that countries have consensus on an increased level of ambition to meet goals set in 2015 Paris Agreement, and a review of how pre-2020 commitments made by developed countries are being implemented will help better design the post-2020 arrangement.

Such commitments by industrialised countries include providing US$100 billion per year by 2020 in climate financing for developing nations, as well as technology support.

“We know that pre-2020 ambition is extremely important. We have to act now if we’re to reach goals of the Paris Agreement and we do need to have conversations about how to do more in coming years,” said Li Shuo, a senior campaigner for Greenpeace East Asia, “Waiting until 2020 to do more is incompatible with the Paris Agreement.”

In contrast with India, Chinese officials avoided direct criticisms of the Fijian presidency, instead saying they are here in a spirit of support for the first small island country to steer climate talks.

Dr Arunabha Ghosh, CEO of Center for Energy Environment and Water, who also works closely with India’s government, noted China hasn’t made the same kind of the statements as India, “but [China’s] lack of the statement does not necessarily mean the lack of interest in the pre-2020 commitment.”

Yet he also noted that China and India, though both as leading developing countries, are adopting fundamentally different strategies in tackling climate change challenges. Dr Arunabha Ghosh also highlighted China’s joint statement with the US in November 2014 as a game changer. “It did become clear that China also recognising, even though as a developing country, the burden of responsibility is greater on China than on any other developing countries,” he said.