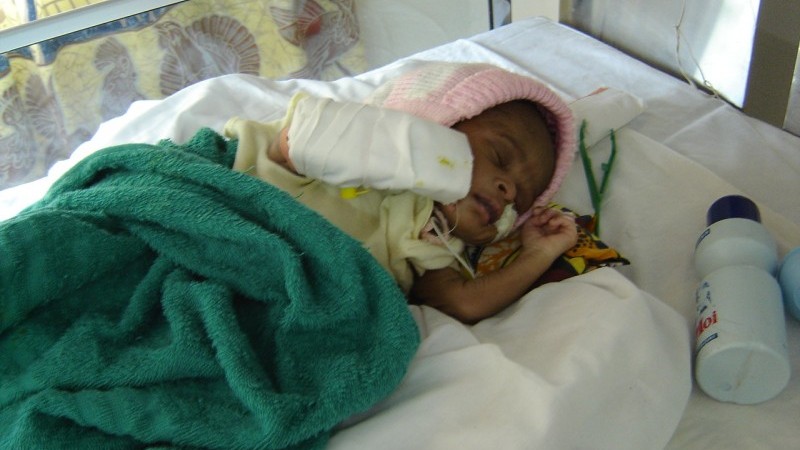 Traffic fumes, slash-and-burn farming and open wood stoves are raising the risk of babies being born before they are ready.

As many as 2.7 million premature births a year – 18% of the global total – can be linked to outdoor air pollution, a study in Environment International found.

When women give birth at less than 37 weeks, their offspring are more likely to die in infancy or suffer from learning difficulties, hearing and sight problems through their life.

“This study highlights that air pollution may not just harm people who are breathing the air directly – it may also seriously affect a baby in its mother’s womb,” said Chris Malley, lead author of the study.

Previous research, mainly in the US and Europe, has established the level of small particulates – PM2.5 – in the air as one of the factors that affects the preterm birth rate.

For this latest study, researchers took those findings and applied them to 2010 air quality and health data from 183 countries to estimate the global scale of the problem.

Pregnant women in China, India, the Middle East and western Africa were most likely to go into labour early as a result of hazy conditions, they found. 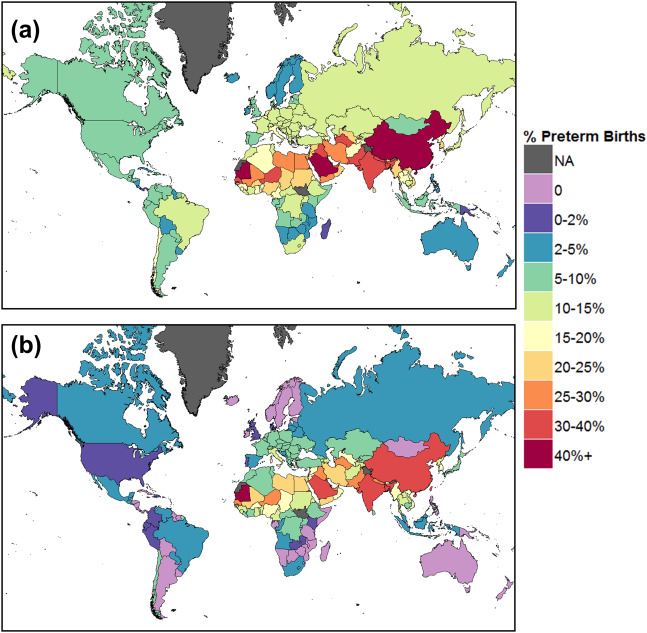 Percentage of total preterm births which were associated with ambient PM2.5 in 2010 using a low concentration cut-off of a) 4.3 μg m− 3, and b) 10 μg m− 3 (Source: Environment International/Preterm birth associated with maternal fine particulate matter exposure)

“We are trying to support a number of countries to develop strategies to reduce the pollution,” he told Climate Home. “Each region has its own particular sources.”

Many of the policy options to tackle harmful particulates also reduce the greenhouse gas emissions that drive climate change. For example, replacing old diesel vehicles with cleaner transport or returning agricultural waste to the land instead of burning it.

The prospect of children suffering from avoidable disabilities may spur action, suggested Kuylenstierna.

“The reason we started this research is: a lot of the reporting on health impacts of small particulate matter has been about premature deaths, from lung cancer, heart disease and so on,” he said.

“Sometimes when we talk to the policymakers in developing countries, it leaves them a little bit cold. How premature is premature? Mainly, it is affecting old people.

“They want to have evidence of a broader range of health impacts, especially on children… Hopefully this further evidence will increase interest in reducing these sources of pollution.”

Trump timeline: week one of the US climate action crackdown

The crossover between climate change, air pollution and health is also the subject of a summit in Atlanta, US on Thursday.

Quietly cancelled by the Centers for Disease Control and Prevention after Donald Trump took the presidency, the meeting was resurrected by Al Gore as a symbol of defiance.

Harvard Global Health Institute and the American Public Health Association supported keeping the show on the road, in the face of an administration perceived as hostile to environmental protections.

“Today we face a challenging political climate, but the climate crisis shouldn’t be political,” said Gore, a climate advocate and former US vice president. “It is not only the greatest existential crisis we face: it is also causing a global health emergency, where the stakes are life and death.”

A commentary in Environmental Health Perspectives last week highlighted the health threats to children, in particular, from burning fossil fuels.

“The science is clear that reducing our dependence on fossil fuels would achieve highly significant health and economic benefits for children worldwide, both immediately and well into the future,” said author Frederica Perera, professor at Columbia University, in a statement.

“Knowing this, we have a moral imperative to enact child-centered energy and climate policies to protect this most vulnerable group.”