Air pollution levels in Hebei have fallen 28.7% between 2013 and 2015, making it one of China’s four fastest improving provinces – but problems persist 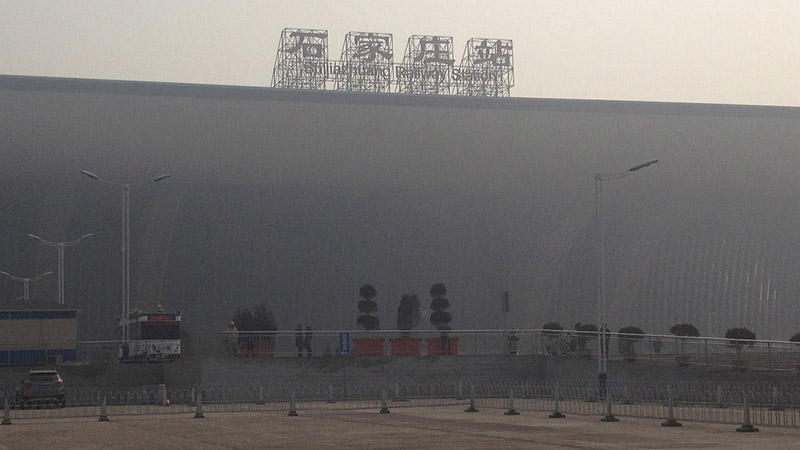 By Zhang Chun in Beijing

The Party Secretary and governor of Hebei province Zhang Qingwei had an unrelaxing start to 2015, a landmark year in China’s war on pollution, after being called in for a ‘chat’ with officials tasked with delivering improvements in China’s air quality.

Fast forward to the start of this year, and the progress in reducing pollution in one of China’s most heavily-industrialised provinces is laid out in official data.

Air pollution levels in Hebei have fallen 28.7% between 2013 and 2015, making Hebei one of China’s four fastest improving provinces (the others being Tianjin, Sichuan and Shaanxi).

The progress is widely viewed to be the result of a successful joint campaign between the provinces and central government, albeit from a very high baseline of air pollution levels.

And Hebei will clearly need to do much more before the province can be said to have turned things around in terms of its poor air quality, some of which affects neighbouring Beijing.

An incident reported by Chinese media last year illustrates the pressures that the province’s leaders are under.

Then, Zhang lost his temper with a local official who had been reading from a bland statement on pollution that had patently been written by a subordinate.

Zhang apparently yelled: “In March I gave you three things to do, just tell me straight if you’ve done them or not!”

There is cause for frustration. Hebei is one of the most polluted provinces in China. For two years running, seven of Hebei’s cities have featured in a top ten list of the country’s most polluted cities.

But despite the dismal rankings, activists and experts say there is cause for optimism.

Tao Guangyuan, executive director of the Sino-German Renewable Energy Cooperation Centre, said Hebei is working harder on air pollution than any other province in China.

The environmental expert believes that the central authority has selected Hebei as a model for other heavily polluted provinces to follow in their transition to cleaner technologies.

Members of the inspection group include current and former vice MEP ministers and staff from the Central Disciplinary Commission, a watchdog-type agency that enforces internal Party rules; along with members from the Central Organisation Department, which has influence over hiring and firing.

This body’s purpose is to keep up the pressure through investigations of environmental breaches and mete out tough punishments.

In the words of Hebei Party secretary Zhao Kezhi: “The ineffectiveness, neglect of duty, misconduct, or misuse of powers during environmental protection work will be punished harshly in accordance with laws and Party rules.”

A coalition of Chinese and foreign air pollution experts was formed in August 2014 to advise on the province’s air quality.

Initially, Hebei had followed Beijing’s model of monitoring vehicle pollution and dust levels. The new coalition, called the Committee for the Prevention of Atmospheric Pollution, calculated that these methods alone would only cut Hebei’s pollution by 14% between 2012 and 2017, way short of the province’s 25% target.

“There was a lot of information we didn’t have at first, but we were able to identify 800 sources of pollution, accounting for 550,000 tonnes of pollutants,” said He, dean of Tsinghua University’s School of the Environment adding: “Deal [effectively] with all of those and you’ve hit the target.”

A landmark decision to partner with the German Energy Agency in October 2014 laid the path of improvements in pollution. Later this year, an energy efficiency plan is expected to yield further improvements.

The plan borrows from the experience of Germany’s coal mining and industrial area, the Ruhr, which spent around a decade in tackling pollution by increasing energy efficiency, using clean power, and adopting cleaner coal-burning technology.

The plan involves a combination of changes at a highly-localised level, such as switching households to natural gas, or boiler upgrades for winter heating.

Broader structural changes to whole industries in north-western Germany’s industrial cluster have also served a as a model. In Hebei, waste heat from steel refineries can be used in farming and aquaculture.

Hebei’s anti-pollution measures will also target greenhouse gas emissions as China attempts to deliver on a commitment to peak carbon dioxide emissions by 2030 or before.

To meet its targets, Hebei must overcome huge obstacles. Huge investment will be needed at a time when Hebei’s provincial GDP growth is slowing. For the first three quarters of 2015 it was 6.5%, ranking fifth lowest in China.

Hebei is a manufacturing centre for steel, concrete and building materials – all highly polluting – and is also home to a belt of industry circling Beijing.

Most parts of China is faced with the challenge of restructuring the economy while reducing particulate and carbon emissions – and Hebei is no exception. Although in Hebei, it is more difficult because of the pre-existing in industrial base.

Zhang Xiaoli, a professor at Beijing Normal University, points out that the development of the Beijing-Tianjin-Hebei region (known as Jing-Jin-Ji) has long suffered from a lack of coordination between authorities that have widely differing priorities.

Zhang says the restructuring will mean long-term benefits for Hebei, but there will be unavoidable pain in the short term, in the form of lower GDP growth and job losses.

A report produced by the MEP and Nanjing University on cost of dealing with air pollution between 2013 and 2017 found that shutting down out-of-date industry in the Jing-Jin-Ji region alone will result in GDP falling by over 280 billion yuan (US$42 billion) and the loss of almost 190,000 jobs.

Over those five years the area is expected to see GDP grow by 3.6 billion yuan, far lower than the Pearl or Yangtze Deltas, while the overall number of jobs, many of which will be in the capital’s services industry, will rise by a little more than 40,000.

Energy-hungry and polluting industries in Hebei – the steel sector in particular – are already shutting down, often leaving wages unpaid.

According to He Kebin, the lion’s share of funding for tackling smog in the Jing-Jin-Ji has gone to Hebei, but the problem will not be solved overnight.

Hao Jiming, a member of the Chinese Academy of Sciences, has calculated it will be about 2025 before the region catches up with the Pearl River Delta in terms of air quality.

Data from the Guangdong Environmental Monitoring Centre shows that in 2015 average PM2.5 levels for the PRD were 34 micrograms per cubic meter.