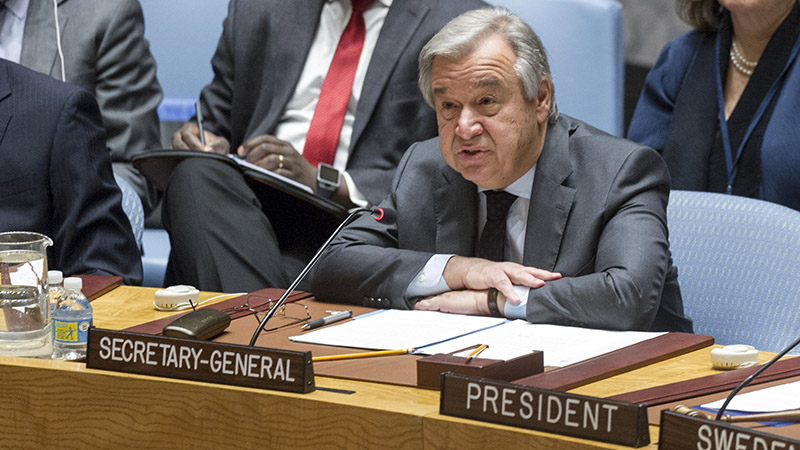 The UN is set to play a more active role in conflict prevention says its new boss Antonio Guterres – and that means a drive to tackle climate change.

Ban Ki-moon’s successor offered a brief outline of his goals to the UN Security Council this week, underlining its mandate to prevent conflict and sustain peace.

“They are exacerbated by climate change, population growth and the globalization of crime and terrorism. With so many factors at work, it takes very little to trigger a crisis that can engulf a country or a region, with global consequences.”

Conflicts linked to environmental degradation have been reported across the world, from the Peruvian Amazon to the Sahel and Syria.

“There’s a fair percentage of conflicts today that have a linkage to climate change that was not previously there,” said Stephen Cheney, now retired.

“These include the Arab Spring and Syrian civil war – two insurrections that define world politics and security today.”