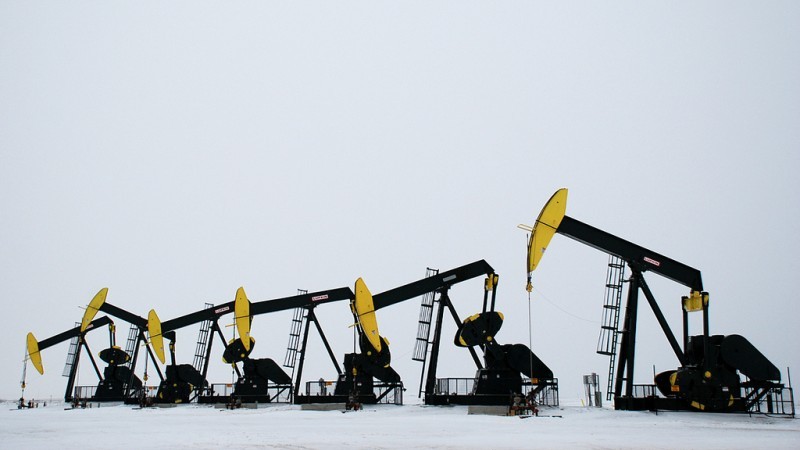 In London, Oslo and Bonn this week, oil producers have been facing the new climate politics.

There were various degrees of evasion and acceptance on show at the annual Oil & Money conference in the UK capital.

Exxon Mobil’s Rex Tillerson said climate change was “serious”… but the world will need the oil of five Saudi Arabias by 2040.

The Norwegian oil major faces a challenge closer to home, with Greenpeace and Young Friends of the Earth suing to block drilling in the Arctic.

Backed by scientist James Hansen and philosopher Jostein Gaarder, it promises to be an influential test case for the argument that fossil fuels need to stay in the ground.

As the litigation risk got real, the head of OPEC paid an unprecedented visit to UN climate HQ in Bonn.

Mohammad Barkindo and Patricia Espinosa talked about the importance of economic diversification, in a sign even the world’s biggest oil exporters are trying to hedge their bets.

The law is a slippery creature, though, as Urgenda is learning. In a landmark court ruling last year, the NGO forced the Netherlands to increase its 2020 emissions target.

Now, it looks like carbon accounting changes could allow the government to dodge the tough decisions. Urgenda will keep arguing for stronger action as the case goes to appeal.

We knew the US and China got close on climate change over the past few years. A Wikileaks release of Barack Obama adviser John Podesta’s emails shows just how close.

Lead negotiators Todd Stern and Xie Zhenhua exchanged warm messages on New Years Eve 2015. “I will always keep my friend across the Pacific in my heart,” wrote Xie.

Rich countries are not on track to deliver a promised US$100 billion a year in climate finance by 2020, a report by the UK and Australian governments warned.

It forecasts flows to help poorer nations go green and defend themselves from climate impacts will reach $93bn. That could rise to $133bn if public funds can leverage more private sector cash, analysts advise.

If $100bn is one of the most contentious numbers in climate politics, 1.5C is another. Held dear by nations vulnerable to rising seas and weather extremes, this aspirational global warming limit is much less studied than the 2C threshold.

That is something the Intergovernmental Panel on Climate Change will address, it confirmed in Bangkok on Thursday. A report on the regional impacts of 1.5C warming and development pathways within that boundary is due out in 2018 – by which time it may be too late to avoid.

The climate deal agreed for aviation won’t bite until the 2030s, according to International Airlines Group sustainability chief Jonathan Counsell.

It would take a carbon price of US$40 a tonne to drive serious emissions cuts, he told a London event, which may not materialise for two decades.