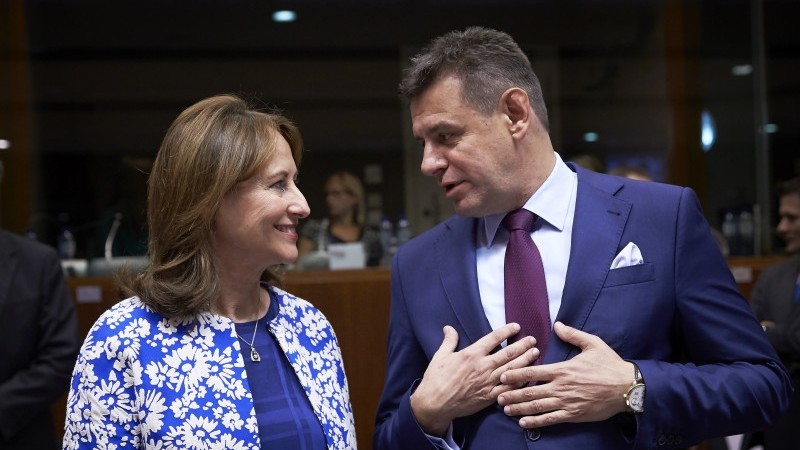 Climate commissioner Miguel Arias Canete was triumphant: “They said Europe is too complicated to agree quickly. They said we had too many hoops to jump through. They said we were all talk. Today’s decision shows what Europe is all about: unity and solidarity as member states take a European approach, just as we did in Paris.”

The key question is what he had to offer to get Poland onside. Canete reportedly went one on one with Warsaw’s environment minister Jan Szyszko shortly before the announcement.

Canete is having a bilateral with Polish minister now. #ParisAgreement

The decision will go to the European Parliament for a vote next week, before the documents can be officially filed with the UN.

India, meanwhile, has given cabinet approval and plans to make the finishing touches on Sunday, Gandhi’s birthday. It all depends on richer countries living up to their side of the bargain, the government emphasised.

Anyway, the upshot is by the end of next week, barring accidents, the Paris Agreement will have passed both thresholds (55 countries representing 55% of global emissions) for entry into force. After 30 days, it becomes law, taking us to the start of the next round of climate talks in Marrakesh.

In the US presidential debate, Republican candidate Donald Trump denied having said that global warming was a hoax perpetrated by the Chinese. Except, er, his twitter account clearly shows he did.

So that bid for the UN chiefdom didn’t work out, but New York’s loss is London’s gain. Christiana Figueres is returning to the climate scene and aims to mobilise climate finance for pre-2020 action, she told Ed King.

In the first conference of its kind, academics and activists met in Oxford earlier this week to discuss how fossil fuel supplies fit into the climate picture.

Coal, oil and gas are not mentioned in the Paris pact, but vast quantities are unburnable if climate goals are to be met. The problem is, no producer wants to relinquish its chance to profit from the remaining carbon budget, even if it accepts the science. Who has the right to extract?

Also under scrutiny are the bonuses paid to oil executives. BP’s Bob Dudley is in line for up to AU$1.13 million a year in exploration-linked incentives, reported activist group Market Forces.

It encourages BP to pursue controversial ventures like the Great Australian Bight, which was rebuffed by regulators for a third time this week.

UK-based Share Action is urging investors to use new powers next year to bring BP and Shell’s pay structures in line with climate goals.

China may be cutting pollution at home, but is is funding and building a huge fleet of coal power stations abroad. China Dialogue and CEE Bankwatch have mapped the data.