Is it time for Norway to stop looking for oil?

Nordic country does not need to keep exploiting fossil fuels, argues Paul Ekins, and should leave remaining carbon budget to others 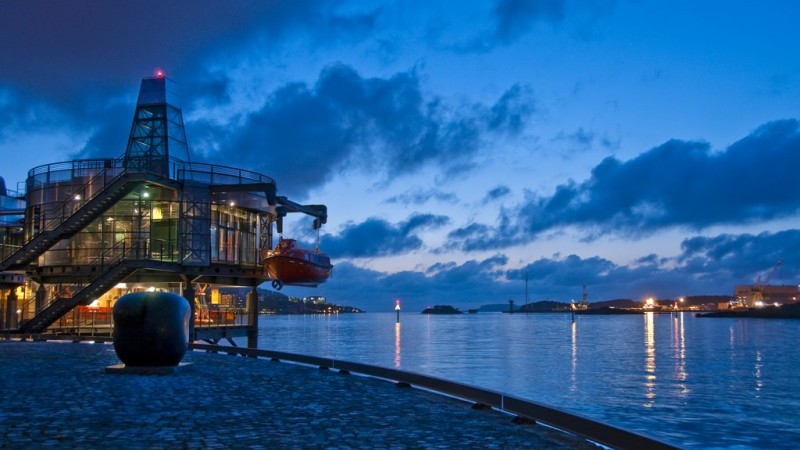 Norway should stop exploring for more oil and gas, leaving it to countries with cheaper reserves or greater development needs.

That is what one of the world’s leading researchers of “unburnable carbon” told a conference in Oxford on Monday.

In the first summit of its kind, experts debated who should have the right to extract fossil fuels within “safe” climate limits.

“If any country in the world needn’t produce its fossil fuel resources, it’s Norway,” said Paul Ekins, professor of resources and environmental policy at UCL.

Half the world’s proven natural gas reserves and a third of oil needs to stay in the ground to keep global warming to 2C, according to a study Ekins co-authored. It was the most influential climate paper of 2015, according to Carbon Brief analysis of news and social media coverage.

Based on the cost of different supplies, Ekins and colleague Christophe McGlade also estimated how much each region would be able to sell. They judged that Arctic drilling was not viable in a 2C scenario, given the high costs of operating in polar conditions.

Then there is the question of whether poorer countries should be given dispensation to extract more, to redress global inequalities. That is the subject of ongoing research.

Ekins’ remarks come as the wealthy Nordic petrostate, which counts on oil and gas for more than 20% of GDP, reaches a crossroads.

“With the fall in the oil price, the industry recently has experienced some major problems,” said Bard Lahn, researcher at CICERO, a research institute based in Oslo.

“This could lead the policy discussion in two different directions: either it leads to more support for the oil and gas sector, doubling down on production, or it could lead to a discussion about the transition to a low carbon economy.”

As Norway trumpets ambitious goals for reducing (or offsetting) its own greenhouse gas emissions, the climate impact of its main export industry is coming under scrutiny.

Yet the petroleum directorate is inviting bids for a 24th round of oil licences, including on some of its northernmost frontiers.

“When you see the reasoning behind the new licensing round, there is hardly any mention of climate change at all,” observed Ragnhild Freng Dale, researcher at Cambridge University. “Where there is talk of climate change, it is about how it is making areas further north accessible.”

Analysis: How will Norway go carbon neutral from 2030?

Statoil, which is two thirds owned by the state, is planning with partners to drill between five and seven wells next year in the Barents Sea, off Norway’s northern coast.

Arne Eik, climate change adviser at Statoil, said the company was striving to compete in a carbon-constrained future.

“On the Arctic, we will not invest in projects if they are too costly. We also have requirements when it comes to carbon intensity,” he said.

“We have enough proven reserves to produce for eight more years, whereas Saudi Arabia has reserves for many many decades. It is not so that Statoil will overshoot the carbon budget by ourselves.”

Climate policy primarily focuses on where fossil fuels are burned, whether that is a power station or a car engine. That keeps oil suppliers – and their investors – busy trying to predict how demand will change over the coming decades.

“The old idea of buying up reserves because you think at some point in the future it will be profitable isn’t going to work any longer,” she said. “Not all oil companies have taken this into account… nor has the Norwegian government.”

With the world’s largest sovereign wealth fund, generated from oil revenues, Norway is better placed than many to ride out the transition.

If the government does not choose to draw its oil era to an end, it could face a legal challenge.

Greenpeace Nordic and Young Friends of the Earth Norway wrote to the energy ministry on 9 August, setting out their objections to the latest licences. The main argument is that continued drilling violates citizens’ constitutional right to a health environment for future generations.

They have not yet decided whether to go ahead with the lawsuit, Truls Gulowsen of Greenpeace Nordic told Climate Home by email. But he added that recent analysis by Oil Change International, showing that existing fossil fuel extraction sites blow the 2C carbon budget, strengthened the case.

“If we are serious about Paris, we cannot explore for more oil,” said Gulowsen.