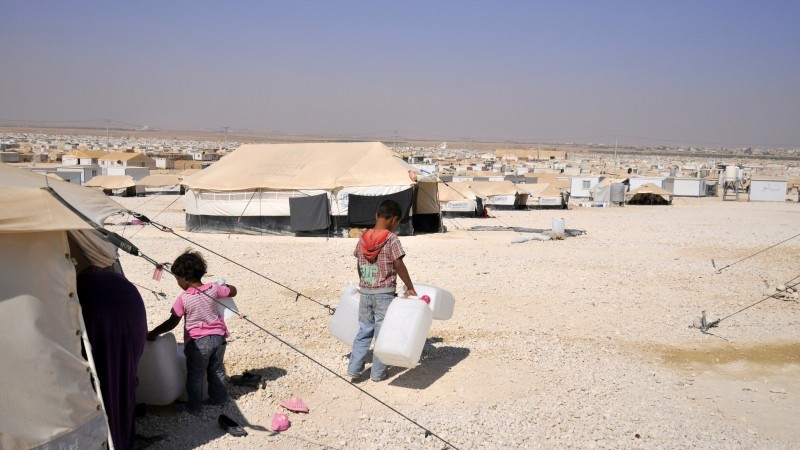 The EU will mobilise billions of euros worth of investment in Middle Eastern and African countries in a bid to stem migration flows.

Top officials outlined the plan in New York, on the sidelines of a UN summit that recognised climate change impacts can cause people to leave their homes.

With €3.35 billion from the EU budget and European Development Fund, the aim is to mobilise up to €44bn from the private sector, or double that if member states provide match funding.

“We have a new global awareness, an understanding that migration can only be dealt with as a global issue,” said EU foreign affairs chief Federica Mogherini. “We have a duty to invest in that awareness.”

In a nod to the rise of anti-immigrant populists like Marine Le Pen and Donald Trump, she added: “There are forces around the world, in Europe and also here in the US, that think migration is a fight, between the north and the south, the east and the west, the richer countries and the developing ones. That is not our approach.”

#UN4RefugeesMigrants are not vetted properly. We don’t know who the hell is coming into our country. We can’t take that risk. Citizens first

The idea is to give businesses the confidence to invest in fragile states that might not otherwise be seen as profitable, building sustainable infrastructure and creating jobs.

“Investment in development is morally right, but it is also in our own interests; it is investment in stability and security for all,” said the European Commission’s budget-keeper Kristalina Georgieva, who is being tipped as a late entry for next UN secretary general.

Jordan is host to 1.3 million refugees from the ongoing Syrian conflict, plus Iraqis and Palestinians – a heavy strain on a country of 9.5 million people, said planning minister Imad Fakhoury.

One of the driest countries in the world, Jordan needs basic infrastructure to accommodate so many newcomers – who may not be able to return home for years or decades.

“The plan comes at a very critical time for our region,” said Fakhoury. “This is a crisis of a scale and destruction unseen since world war two.”

There is the challenge of finding jobs for surplus workers, at a time citizens are struggling from a collapse in trade with destabilised neighbours. And child refugees need education: so far, Fakhoury said 150,000 have been enrolled in Jordanian schools.

Analysis: Is climate change causing conflict in the Sahel?

In Kenya, a backlash has begun. The authorities have drawn criticism for trying to close Dadaab camp, home to 300,000 Somalis. Refugees are being urged to return home “voluntarily”, but face unsafe conditions across the border, according to Human Rights Watch.

Without explicitly addressing the controversy, foreign minister Amina Chawahir Mohamed, said: “I come from a country that has been receiving refugees since before independence. Since then, our doors have been open. We have never closed them, we have never restricted them. We have not received the support that we needed from the international community.”

The EU initiative was “timely”, she said. “This is excellent news for us that we are beginning to think differently not just about supporting refugees but making them economically active.”

Kenyan small businesses are keen to take up the EU’s guarantees, but want the process to be simplified, Mohamed added: “It doesn’t matter what plans are put forward, if the conditions for accessing the funds are cumbersome.”

Over the coming decades, more and more people are expected to leave their homes as global warming bites. There are many uncertainties, but studies project between 50 and 200 million people could be on the move by 2050.

“Migration and climate change are two of the most pressing issues of our time. Neither can be addressed without consideration of the other,” said Janani Vivekanada of International Alert, ahead of the summit.

“Migration is an important strategy for coping with climate change, but it can also place additional stress on resources and ecosystems in the host location. Any plan to peacefully and sustainably address the migration crisis needs to be fully aware of these environmental risks, and be fully prepared to manage them if it is to succeed.”

A UN declaration on Monday alluded to this trend, but stopped short of recommending changes to international laws.

Existing rules give protections to those fleeing war or persecution, but are not geared up for islanders who plan to evacuate before their homes sink below rising seas, or drought-hit smallholders who seek work elsewhere. Under the Paris climate agreement, a task force was set up to try and address this gap.

The conversation in New York has been more focused on upholding human rights and dealing with immediate crises, said Camilla Born, analyst at think tank E3G. But she added: “They [leaders] know if they want to continue to uphold the values on refugees in years to come, they have to be proactive on climate.”