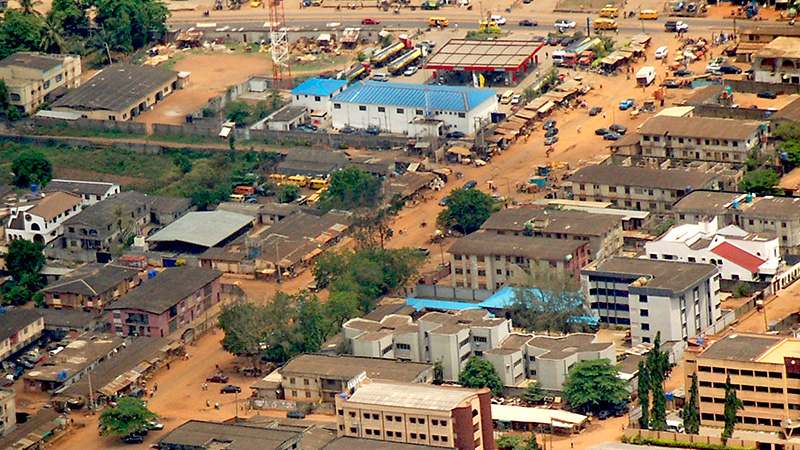 Nigerian trade unions have promised an “indefinite strike” after the government slashed subsidies for domestic petrol, leading to a 67% spike in prices.

On Wednesday, members of the Nigeria Labour Congress blocked main roads across Lagos and entry to the airport, despite a Tuesday court order judging any strike illegal.

In statement on president Mohammed Buhari’s Facebook page, his deputy Yemi Osinbajo said the government could not afford to continue supply oil at low prices due to an economic crisis.

“This is… not a subsidy removal issue but a foreign exchange problem, in the face of dwindling earnings,” he wrote, citing a dip in April’s oil revenue to US$550 million.

The protests come at a critical time for sub-Saharan Africa’s powerhouse, which saw growth slow to 2.8% in 2015, its lowest rate since 1999, largely due to falling oil prices.

Despite being a major oil producer, the country only has the capacity to refine 40% of its domestic requirements, meaning it has been paying over $200 million a month to import liquid fuels.

This year, production in the south has fallen 40% due to militant attacks

“The real issue is not a removal of subsidy. At $40 a barrel there isn’t much of a subsidy to remove,” Osinbajo said.

The World Bank and IMF have long called on developing countries to eliminate consumer fuel subsidies, arguing they tilt the market against clean energy.

In recent years, Morocco and Egypt have slashed subsidies, but a 2012 attempt by the government in Abuja to tackle the issue left 10 dead after widespread protests.

This time, opposition leaders have reacted to price rises with similar hostility. Frederick Fasehun, chair of the Unity Party of Nigeria (UPN), called the move “reckless, irresponsible and evil”.

“In some countries, it is enough to cause a social upheaval. In a Parliamentary system, it is enough reason to pass a vote-of-no-confidence on the government,” he said.

Okechukwu Obioha, president of the Njiko Igbo Forum (NIF), accused the government of “fraud and rigmarole”.

Others took a more conciliatory view. Ogbuehi Dikefrom the Inter-Party Advisory Council of Nigeria (IPAC) said the cut would save “billions of naira” and could make the economy more sustainable.

“IPAC notes and regrets the pain the removal of subsidy may cause Nigerians who are able to obtain fuel at its official price,” he said.

“However, in the long term, removal of subsidy is the right thing to do. Before now, subsidy had been the bane of diesel supply but since it was removed, diesel has been available everywhere at a stable price.”

Since coming to power in 2014, the Buhari government has made tackling corruption and cutting oil dependency priorities.