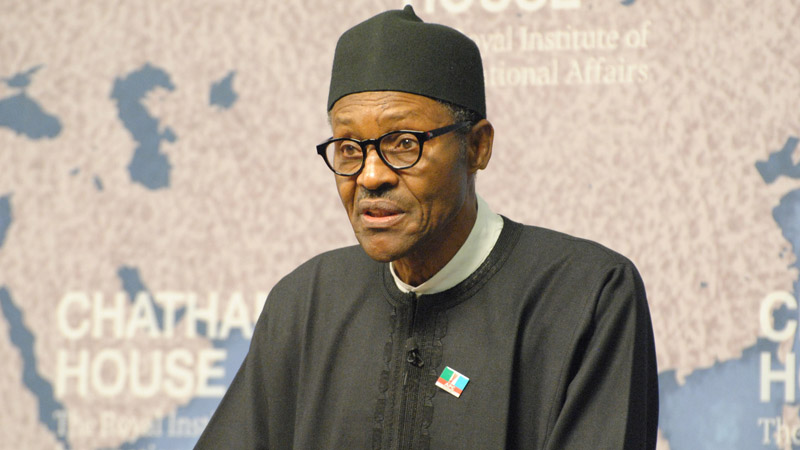 Africa’s largest economy is seeking to diversify away from oil into mining and other sectors, amid low fuel prices and environmental concerns.

That was the message from Muhammadu Buhari, president of Nigeria, on Wednesday as he presented his first budget since taking office in May.

“The Nigerian economy needs to move away from dependency on oil,” President Buhari told lawmakers in the National Assembly in capital Abuja. “Our growth must be inclusive.”

With 180 million inhabitants, Nigeria is the most populous member of oil cartel OPEC. It was Africa’s biggest oil producer until it fell behind Angola in November.

But that source of revenue took a beating this year as oil prices slumped, falling to an 11-year low on Monday. The commodity is forecast to stay depressed throughout 2016. And a global climate pact struck in Paris this month implies all but eliminating fossil fuel use in the longer term.

Meanwhile, the industry has an uneasy relationship with citizens. Shell could have to pay multi-billion dollar damages to Nigerian farmers for the impact of oil spills in the Niger delta, following a Dutch court ruling last week.

Despite being close to the source of crude, Nigerians have faced shortages in the refined product, with long queues at petrol stations.

Everyone is saying the same thing. @MBuhari should address the Nation more often. Everyone is elated after hearing him speak. #Budget2016

Buhari apologised for fuel scarcity in his budget statement, proposing to stimulate the economy by focusing on infrastructure investment, while fighting corruption.

He tiptoed around the controversial issue of petrol and diesel subsidies, worth around 1 trillion naira (US$5 billion) a year over the past five years. The regulator had been ordered to “adjust its pricing template”, he said, but lower input costs and efficiency savings were expected to keep the retail price at its current level of N87 ($0.44) a litre.

Subsidy reform is among several initiatives proposed in Nigeria’s climate pledge submitted last month towards a UN deal. An end to gas flaring by 2030 and 13GW of off-grid solar panels were others.

The country’s greenhouse gas emissions are forecast to more than double by 2030 under business as usual, as the population and economy grow. It targeted a 20% cut from that baseline with state cash and up to 45% with international support.

Crop yields, water supplies and productive coastal land are under threat as the planet warms, it outlined.