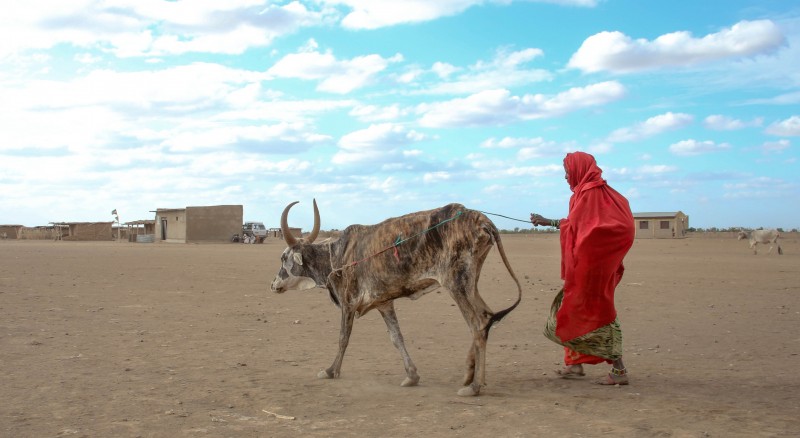 The future will be thirsty unless governments place a price on water.

That’s the stark warning in a World Bank report published on Tuesday, urging lawmakers to make water conservation a national and international priority.

Free access to water must be a right for the world’s poorest, but elsewhere at least 25% of supplies should be diverted away from water-intensive industries that deliver low returns, write the authors.

They warn governments who fail to conserve water through investment in infrastructure, efficiency and pricing measures could face negative growth in GDP levels by 2050.

Impacts in North America and Europe will likely be limited, due to those regions’ relatively efficient water policies. 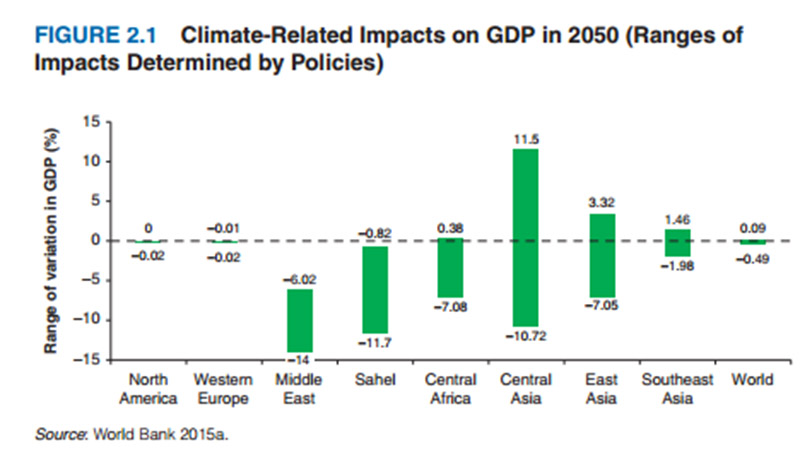 Instead it’s parts of the world already due to be clobbered by rising temperatures where the shortages could have a devastating impact in little over three decades.

“In the most arid regions, the projected percentage losses are large and imply that baseline growth projections cannot be met,” says the study.

These range from a 14% hit to GDP in the Middle East, 11% in Asia and 12% in the Sahel, areas already suffering from low or unpredictable rainfall.

Where are water shortages hurting?

-In January, lack of rain in El Salvador, Honduras and Guatemala linked to El Nino left 3 million relying on food aid.
-In February, Pakistan reported over 185 people – mostly children – had died due to a third consecutive year of drought.
-In March, the Farakka coal-fired power plant in Bengal, India closed for 10 days because of a lack of water to make steam.
-In April, US president Barack Obama declared drought in the Marshall Islands a disaster, sending emergency relief.
-This month, Zimbabwe’s government placed wild animals including elephants, lions and rhinos up for sale due to a crippling drought.

Fears over water shortages have risen in the past decade, with experts linking conflicts in the Middle East, Latin America and Africa to drought.

According to the recently published 2016 Water Aid report, 650 million people exist without access to regular and safe supplies of drinking water.

Continued drought in India has left 330 million suffering from shortages, with armed guards posted at reservoirs to prevent overuse or theft.

“The easy thing to do is always to increase supply. The harder stuff is softer stuff, increasing efficiency and trying to reallocate water,” he said.