Weather phenomenon exposes how unprepared world is for economic, security and humanitarian impacts of global warming 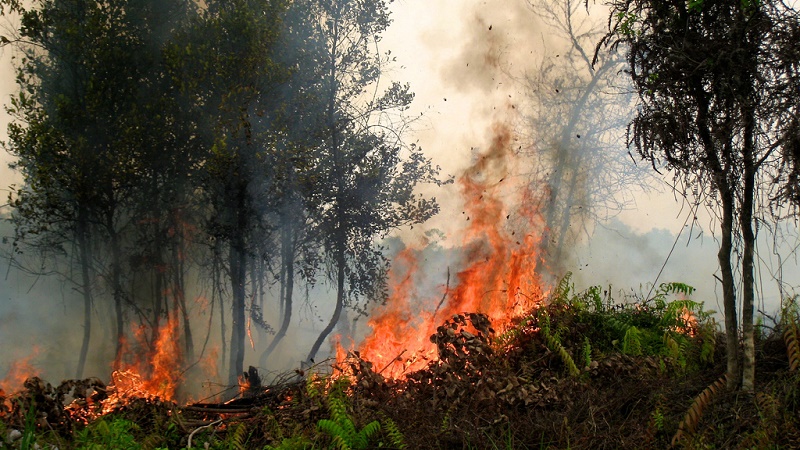 El Nino years can be useful when you’re looking at risks associated with climate change.

According to the World Meteorological Organization (WMO), the 2015-2016 weather phenomena could be one of the strongest yet.

And while experts say this event is gradually dying down, it’s testing the ability of countries around the world to deal with extreme weather events.

The impacts left Indonesians facing a grim few months of forest fires and toxic haze; parts of Australia are facing their worst drought on record.

Lack of rain means 3 million in El Salvador, Guatemala and Honduras are relying on food aid; too much rain caused the biggest floods in 50 years across Brazil, Argentina and Uruguay.

Record US temperatures over Christmas and some of the UK’s worst floods on record over the same period are also linked to the weather episode, say scientists at the UK Met Office.

UN: Freak weather a warning to step up climate defences

The consequences of unexpected and especially severe weather events are clear: countries are as yet not prepared for the worst climate change could pose.

Flood defences have been overwhelmed, poor irrigation systems exposed. Resilience in the developed and developing world is being tested to its limits.

And that’s why there is an increasing volume of experts demanding governments start compiling and acting on thorough risk assessments based on the bleakest scenarios.

Daniel Schrag is director of the Harvard University Center of the Environment and sits on US President Obama’s Council of Advisors on Science and Technology.

He tells Climate Home there need to be more discussions on not just what risks in a warming world are likely – but also those that will have the greatest impacts.

Without that information countries will be caught out when climate-linked events comparable to an El Nino hit.

“Even if it’s highly uncertain you need to talk about it. The probability of a terrorist exploding a nuclear weapon is very low and highly uncertain, but you can bet they [experts] absolutely spend time thinking about it.”

War gaming the climate: How global warming could trigger nationalism

Many businesses have known of the threats extreme weather can cause for some time, says Celine Herweijer, a partner at consultancy PwC and an expert in climate risk.

Based in London, she advises firms here and abroad on how they can build resilience.

“It’s obvious in the UK that a certain number of our assets are linked internationally – our economy is very sensitive to extreme events all over the world,” she says.

“We feel the ripple effects and prices are impacted on the high street. We are going to see more of that in the future.”

One example she cites is bananas. Most export crops are grown within 30 degrees north and south of the equator: Latin America, the Caribbean, West Africa. All are regions deemed at exceptional risk from global warming.

There’s no simple answer for businesses – but Herweijer says there are precautions they can take.

New offices, warehouses and factories should be built to withstand more extreme conditions: not simply a 1/100 chance of a flood, but also steadily rising sea levels over a century.

Better access is needed to long term forecasts so businesses can stress test decisions, supply chains need to be diversified to allow business to cope if and when extreme weather hits.

Insurers are worried about the growing risk to their business model. Inge Beale is CEO of Lloyd’s of London, one of the world’s leading insurance markets.

“We are noticing some change. We can see we are being directly impacted by climate related events around the world. We see the amount of money we pay out in claims is going up,” she says.

Sea level rise may be laughed at among climate sceptics, but insurers take it dead seriously.

In 2011, Lloyd’s reported pre-tax losses of £516 million, a result its annual report said reflected the “frequency and severity of natural catastrophes.”

Making the link with man-made global warming, Beale cites a report that suggests damage from Hurricane Sandy in 2012 increased by 13% due to gradual rises in sea levels since the 1900s.

“We are under no illusion as insurers that climate related events are becoming more frequent and claims payout will increase accordingly… it doesn’t take much to dramatically affect money we payout,” she says.

As 2016 progresses, Oxfam is predicting reports of famine in East Africa and beyond could rise, such is the dramatic impact of poor rains.

That’s a concern to those in Ethiopia on the front line battling to keep their families fed, animals watered and to stay in their homes rather than move to the city.

It’s also a worry for military analysts and politicians in Europe, a continent already tackling an influx of migrants which could multiply if the drought intensifies.

“If you overlay a map of water stressed areas of the world with a map of instability and observe the mass migration away from those areas it is perfectly obvious there is an evident link,” he says.

Many critics of UK spending on foreign aid are the same people who worry about migration overwhelming the country, he notes.

“My message is if you are concerned about migration now you ain’t seen nothing yet.

“Some people have short horizons, they move crisis to crisis, like the [2015] flooding in York. Long term sustainability solutions offer greater stability.”

Climate change is now a major part of defence policy, he argues, citing regular mentions by the Pentagon and the 2015 UK Strategic Defence and Security Review.

It’s a view backed by Neil Morisetti, a former British rear admiral and aircraft carrier skipper who takes a keen interest in the threat posed by rising greenhouse gas emissions.

He says military chiefs are having to adapt to a changing world where they are not simply called on to fight, but to deliver humanitarian supplies or kit to cope with extreme events.

“There’s a growing recognition in the UK and further afield that the military needs to be more involved in conflict prevention, not just resolution,” he says.

This means thinking long term, decades and perhaps even centuries into the future.

Obama adviser Schrag warns the level of greenhouse gas emissions pumped into the atmosphere due to burning of fossil fuels for the past 150 years make the melting of Greenland’s ice sheet almost inevitable.

That means 7 metres of sea level rise, according to a UK, US and Chinese climate risk study released last year.

It isn’t going to happen this decade, century or even next century. Oceans are rising on average by 3.4mm a year, but it’s a figure that is likely to accelerate. The question is timescale.

For Herweijer, it means government minimising the amount of infrastructure build in stupid places.

“We are still building in flood plains. There is still nothing that is mandating rebuild or new builds to happen that builds in future risk trajectory. We are locking in assets that are not going to protected,” she says.

For Beale, it’s extending insurance cover to the world’s poorest, offering them hope if their crops are wiped out or village washed away.

“We are working with governments to try and get them to buy insurance for people who have never bought it before,” she says.

And for Benyon it’s an ultimate challenge of horizons. Can political leaders think beyond their five-year mandates and make decisions that will show few immediate benefits?

“In 2010 we were told by the chief scientific advisor we needed to find policies alien to political nature and to think with a much longer time horizon. By 2030 the world could be suffering from food, energy and water shortages,” he says,

“But that’s tomorrow in the great scheme of things… if we are not able to make decisions today which will improve quality of life by 2030, we probably don’t deserve to be in power.”