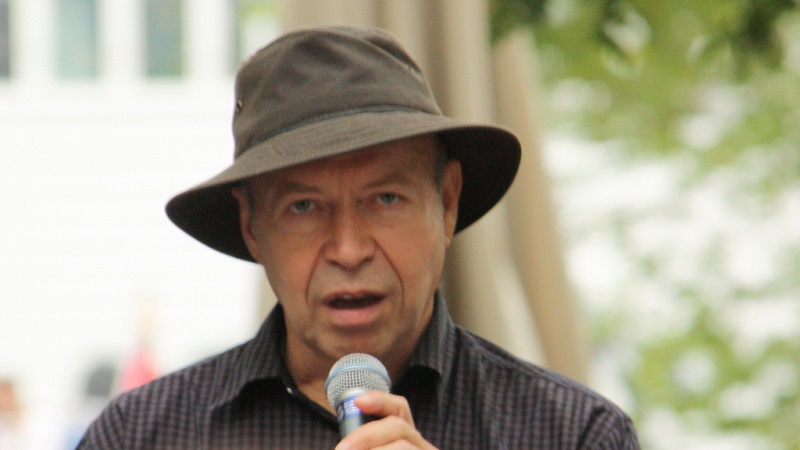 One of the most eye-catching climate studies of 2015 has been finalised after mixed reviews from experts.

The draft by James Hansen and 18 other scientists last July outlined an alarming scenario of multi-metre sea level rise this century.

That doesn’t mean they have been fully accepted by the scientific community. Thanks to the transparent approach adopted by the journal Atmospheric Chemistry and Physics, you can read all the responses.

The paper attracted more than 60 comments, an exceptional number for an open review. Leaving aside the 20 that denied the foundation of climate science – that greenhouse gases cause global warming – there were many heavyweight critiques.

Peter Thorne, climate science professor at Maynooth University, Ireland, was invited to be a referee. “The initial submission was highly political, written largely as a blog article,” he told Climate Home. “It was overly long and I had real questions as to whether the journal was the right journal.”

Nor was he satisfied with the way Hansen responded to criticism. For example, Dutch scientist Sybren Drijfhout and colleagues advised the author not to describe as “dangerous” impacts that were unlikely to occur this century.

Hansen answered: “Hmmm, yes, I guess that we should not be worried about anything that happens 85 years from now- the dickens with those characters. The Dutch can migrate to Switzerland, after all.”

That tone was “unprofessional” and “grossly inappropriate” to Thorne. “I expect this kind of thing of my kids. I do not expect this behaviour to be out there in the public domain for all to see amongst leading scientists in the field.”

As for the apocalyptic picture painted, Thorne said it was “marginally more likely than me or you buying a winning Euromillions [lottery] ticket today”.

Such were his reservations, he declined to make a firm recommendation as to whether the article should be published or not.

For other scientists, that is beside the point. While media reports have focused on the worst case scenario – emphasised by Hansen – the paper itself is more nuanced.

Valerie Masson-Delmotte, one of the co-authors, told Climate Home: “For me, the most interesting part is not this sort of alarmist presentation, what is interesting is this is addressing a key unknown. It is the part that is related to the interplay between the ice sheets and the oceans.”

It points to where further data is needed to narrow down the range of predictions for the future. There is consensus that Antarctic and Greenland ice sheets are melting and causing oceans to rise. But how fast? That is the big question for millions of people living in coastal areas.

The Intergovernmental Panel on Climate Change (IPCC) will consider the study among others in its next report, said Masson-Delmotte, appointed to the UN body’s expert bureau last Autumn.

In fact, Hansen and colleagues do not predict huge sea level rise as such. They assume it is possible the polar ice sheets could disintegrate rapidly, then model the implications.

“The paper is highly hypothetical… it is an interesting thought experiment,” said glaciologist Ruth Mottram. “I don’t think it is very likely, but we shouldn’t dismiss it.”

A climate modeller at the Danish Meteorological Institute, Mottram did not take part in the review. “I took one look at the comments and thought: ‘It is a bear pit, I’m not getting involved.’”

As always, the scientific debate is coloured by politics.

Hansen has a record of activism against the fossil fuel industry. He is the star witness for a youth lawsuit demanding stronger climate policy from the US government. His granddaughter is among the co-plaintiffs.

It makes him a prime target for those who see global warming as a conspiracy to impose big government.

Thorne too believes society should be acting faster to curb emissions, based on risks that are already well understood. But he questions whether publicising extreme scenarios is helpful.

“Does this actually confuse, does it cause despair, does it help or hinder? I don’t know whether communicating something like this actually elicits a response that says: let’s do something.”