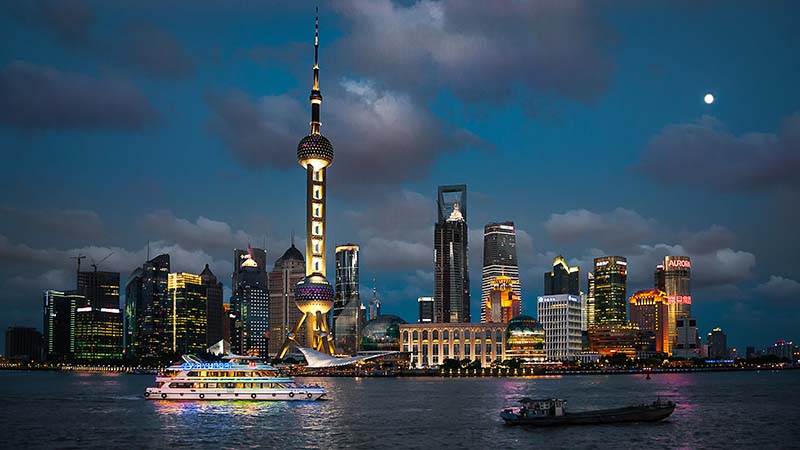 New York, Mumbai and Shanghai are among major cities likely to be threatened by fast-rising sea levels before the end of the century, according to new research.

Scientists at the Potsdam Institute for Climate Impact Research (PIK) say sea levels are increasing more rapidly than ever before, caused by temperature changes linked to increasing greenhouse gas emissions.

“The new sea-level data confirm once again just how unusual the age of modern global warming due to our greenhouse gas emissions is – and they demonstrate that one of the most dangerous impacts of global warming, rising seas, is well underway,” said the PIK’s Stefan Rahmstorf.

Even in the best-case scenarios predicted by PIK, millions across Asia and the US could still be at risk.

Another study published on Monday by the Proceedings of the National Academy of Science (PNAS) provides the first ever estimate of sea level change over the past 3,000 years.

It confirms that the trend is accelerating: in the past millennia, sea levels have risen nearly as much as in the past century.

-Best-case scenarios will still result in SLR of 20-60 centimetres by 2100, says PIK.
-The majority of SLR is caused by the delayed response of ocean systems.
-Thermal expansion alone could account for 15-29 centimetres of SLR by 2100.

Scientists have already recognised the threat facing megacities – “conservative” estimates stated that sea levels in New York City could be 60 centimetres higher by 2100.

Research published in Science has suggested that limiting a global temperature rise to 2C could still lock in up to 6 metres of global SLR as soon as 2200, leaving over a quarter of the populations of Shanghai, Hong Kong and Mumbai below the water line.

The two reports produce almost identical predictions for future SLR, with the former estimating 50-130 centimetres and the later predicting 52-131 centimetres by 2100.

“The best available science is now converging towards a common uncertainty range of future SLR”, said Ben Marzeion from the University of Bremen, Germany, who worked on the PIK study.

The range enables communities around the world to assess the risks and direct mitigation and adaptation policy. “Coastal Planners need to know how a reasonable worst-case scenario as well as a well-founded best-case scenario look like”, he added.

The projections come days after Kiribati’s president claimed the island’s population may be forced to flee from rising seas  as soon as 2020.

Speaking to Climate Home, co-author of the PIK study Andes Levermann said sea level rise could be managed safely, but warned it would be expensive.

“Higher dykes cost a lot money that could be spent on schools, on education and on other infrastructure,” he said.

Under higher sea level rise scenarios the United States could lose up to 7% of its land, he added.