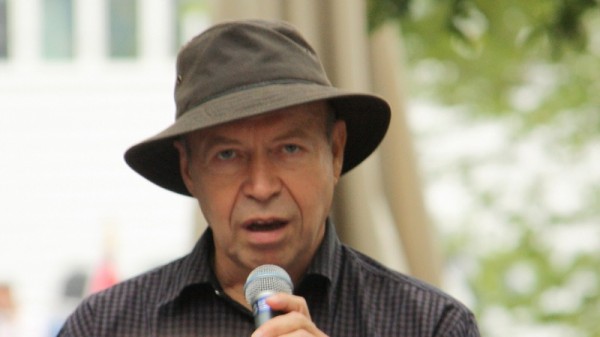 That goal was based on scientific evidence compiled by the Intergovernmental Panel on Climate Change (IPCC), showing higher temperature rise would bring catastrophic impacts.

“2C global warming above the preindustrial level, instead of being a safe ‘guardrail’, is highly dangerous,” reads the discussion paper in Atmospheric Chemistry and Physics, which has not been peer reviewed.

“We have a global crisis that calls for international cooperation to reduce emissions as rapidly as practical.”

The latest paper differs from the IPCC reports in that it considers feedback loops that could make polar ice sheets disintegrate more quickly.

It highlights geological data showing sea level rose 5-9 metres at the end of the Eemian interglacial period, more than 100,000 years ago. Temperatures at that time were less than 1C higher than today’s.

Previous work by Danish researchers found sea levels were unlikely to rise more than 1.8m before 2100.

With around 100 million people living within 1m of sea level, even a small increase could have significant impacts.

Accelerating ice melt heightens the threat, the Hansen study warns: “The economic and social cost of losing functionality of all coastal cities is practically incalculable…

“It is not difficult to imagine that conflicts arising from forced migrations and economic collapse might make the planet ungovernable, threatening the fabric of civilization.”

It challenges the argument that continued fossil fuel use is justified to raise living standards and people can simply adapt to the consequences.

“This viewpoint fails to appreciate the threat posed by ice sheet instability and sea level rise,” the scientists argue.

It is not the first time Hansen, now at Columbia University, has warned the 2C limit is inadequate. He made a similar argument in December 2013.

In a press call, he told RTCC this paper would be “much more persuasive with the scientific community” than previous warnings. It pulls together existing paleoclimate research with new modelling and recent observational data.

Asked why the study was not peer reviewed – a process by which scientists evaluate each other’s work – Hansen said that might have delayed publication until after December’s critical climate summit in Paris.

Scientists would have the chance to respond openly, he added. “It is simply being peer reviewed at the same time that it is being made available to the public.”

Hansen told the US Senate in a famous 1988 hearing that climate change had already begun.

An award-winning scientist, he has got involved in activism against the fossil fuel industry. He has been arrested at protests against mountaintop removal coal mining and the Keystone XL oil pipeline.