China poised for a boom in green bonds 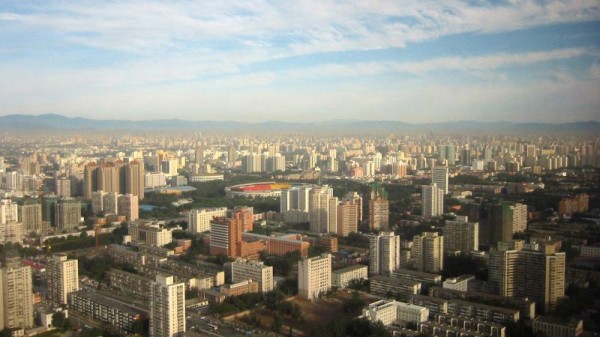 Beijing is ready to start raising cash for clean energy from the bond market (Pic: Flickr/Konrad)

China is on the brink of a major green bonds push to finance clean energy and low carbon buildings.

By the end of 2015, the country is expected to issue US$4-5 billion worth of the kind of stable, predictable debt institutional investors like.

That is the view of the Climate Bonds Initiative, an organisation seeking to mobilise the US$100 trillion-a-year global bond market to tackle climate change.

“There is no doubt that China is the most exciting story,” the initiative’s chief Sean Kidney told RTCC.

He was speaking ahead of Wednesday’s State of the Market report launch in Frankfurt.

It reveals a slow start to 2015 for bonds labelled “green” but bigger growth in unlabelled bonds that support climate-friendly activities, such as rail infrastructure.

That broader category has grown 20% since last year to nearly US$600 billion, of which 70% was in low carbon transport.

What is a green bond?

A bond is a way of raising finance. A government, bank or corporation borrows money for a fixed period of time. It pays the lender – which could be an individual or institutional investor like a pension fund – a fixed or variable interest rate each year.

The global bond market is worth more than US$100 trillion.

Green bonds are a relatively new phenomenon, created to channel this source of finance towards environmentally friendly projects.

“The fact they have increased rail bonds is fantastic news,” said Kidney. “The problem is, it pales into insignificance compared to where we need to be.

“We need to be at the trillion dollar level to feel like we are making serious progress on climate change.”

The CBI promotes classification of climate-friendly bonds to help investors channel their cash into projects with a genuine climate benefit.

That either means cutting greenhouse gas emissions or making communities more resilient to the impacts of global warming.

At $18 billion, the volume of labelled green bonds issued in 2015 to date is about half what Kidney was hoping for.

But developments in emerging markets “fill us with cautious optimism for the coming year,” he said.

India has seen three green bonds come to market and CBI is aware of eight more in the pipeline. Food producer BRF was first for Brazil, issuing €500m worth of notes in May.

That means banks are on the verge of raising cash to plough into sectors like renewable energy, nuclear and low carbon buildings.