UN envoy and former New York mayor named as chair of initiative for Financial Stability Board, at COP21 in Paris 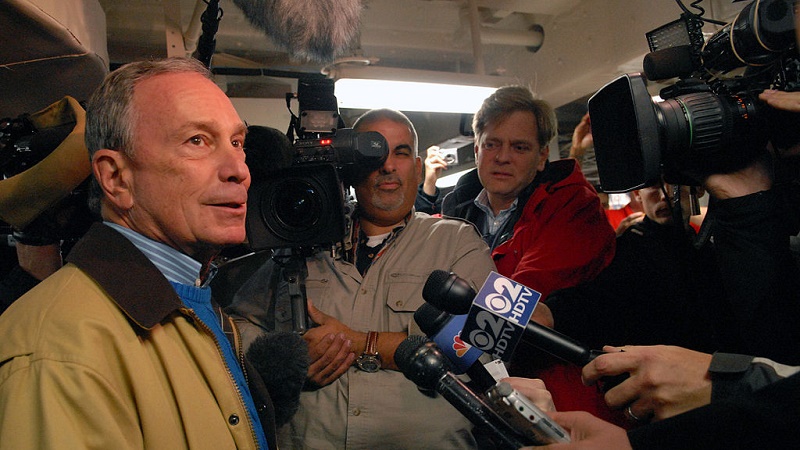 Michael Bloomberg will spearhead an initiative to manage threats posed by climate change to financial stability, it was revealed in Paris on Friday.

The UN envoy and former New York Mayor was named as chair of an industry task force for the Financial Stability Board (FSB), on the sidelines of COP21.

His role will be to get companies to reveal more information about their exposure to extreme weather impacts, climate lawsuits and a clean economic shift.

“It’s critical that industries and investors understand the risks posed by climate change, but currently there is too little transparency about those risks,” said Bloomberg.

“While the business and finance communities are already playing a leading role on climate change, through investments in technological innovation and clean energy, this task force will accelerate that activity by increasing transparency. And in doing so, it will help make markets more efficient, and economies more stable and resilient.”

The FSB proposed such a task force to leaders of major economies at last month’s G20 summit in Antalya, Turkey. It was little discussed at the meeting, as terrorism and conflict dominated the agenda.

But the high-profile announcement at UN talks, which aim to secure an international carbon-cutting pact, showed it was going ahead regardless.

Mark Carney, FSB chair and Bank of England governor, has driven climate change up the agenda for financial regulators.

He commissioned a BoE report into the issue, which flagged up three main concerns. Forecast increases in extreme weather pose a direct threat to property. Victims of climate impacts could sue major emitters or negligent companies. And as governments seek to curb greenhouse gases that cause global warming, carbon-intensive businesses are set to lose market share to cleaner rivals.

Presenting that report in October, Carney warned there could be market shocks if businesses, investors and policymakers fail to anticipate these effects. Due to short-term business and policy cycles, he said they were failing to prepare for slow-burning trends: “Once climate change becomes a defining issue for financial stability, it may already be too late.”

In Paris, he added the risks were “likely to grow with time” and hailed Bloomberg as the “ideal leader” for the task force.

Al Gore, former US vice president, covered similar ground at the Paris summit on Thursday. He endorsed research by Carbon Tracker showing that US$2 trillion worth of fossil fuel assets are unburnable as governments aim to hold global warming to 2C.

“Investors need to look at the pattern that is unfolding, lest they be trapped into holding stranded assets,” he said. “There are active efforts to fool investors, by the way,” he added, citing an investigation into allegations Exxon deceived the public about climate risk.

To avoid a crash, Gore recommended they sell the riskiest carbon-intensive assets and put money into “fantastic new opportunities” like renewable energy.

Analysts at Carbon Tracker found that no new coal mines were needed in a 2C world and oil demand should peak by 2020.

While the latest government policies leave the world on course for 2.7C of warming, negotiators in Paris are seeking to ramp up ambition over time.

Businesses and governments should check their economic plans fit with the 2C goal, said the think tank’s Anthony Hobley: “It is critical that we all get used to doing 2C stress tests.”

If investors do not reroute their cash to clean sectors in an orderly way, he added they could be storing up a shock like the sub-prime mortgage crash late last decade.

Mindy Lubber, president of sustainable investor network Ceres, agreed: “Climate change is one of the greatest financial risks facing us. This could be the next sub-prime meltdown.”

More than 400 investors managing US$24 trillion worth of assets have signed up to help get money flowing into climate-friendly projects. Many lined up to praise the FSB initiative.

Stephanie Pfeifer, chief executive of IIGCC, a European network of Institutional Investors with €13trn in assets, said: “Access to high quality information can only help accelerate the reallocation of capital by investors in ways that will accelerate the low carbon transition.

“More consistent and reliable carbon disclosure will make it easier for investors to evaluate climate risk in their portfolios and understand where the opportunities in clean energy and other essential low carbon technology lie.”