A bust SoCal well in Aliso Canyon is spewing natural gas into the air, in the biggest point source of pollution in the state 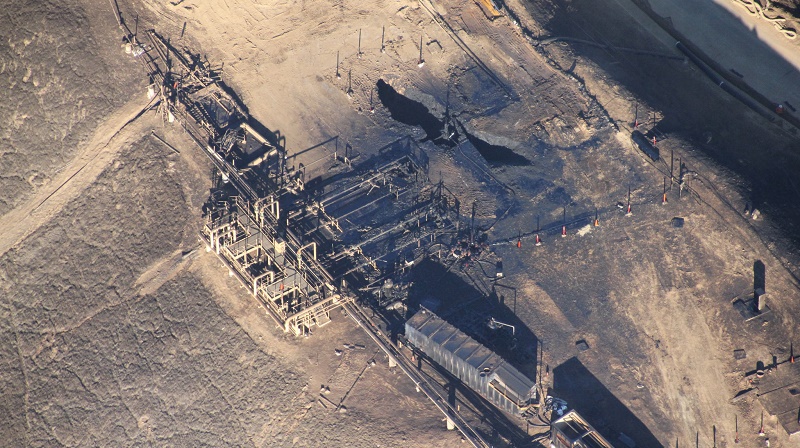 California has some of the most ambitious climate change policies in the US.

Suffering a four-year drought and record wildfires linked to rising temperatures, it is going all out to cut emissions 40% from 1990 levels by 2030.

Yet the state’s efforts are being undermined by one of the worst ever natural gas leaks, from a blown out SoCal well in Aliso Canyon.

Hundreds of nearby residents have been evacuated and health complaints have soared, prompting 1,000 people to sue the company.

The rupture was detected on 23 October and is not expected to be controlled until February. Meanwhile, it is the biggest point source of global warming in the state, spewing out methane, a potent greenhouse gas.

At time of writing, the Environmental Defense Fund estimated nearly 80,000 tonnes of methane had escaped. That is worth more than US$12 million and has a warming impact equivalent to 7 million tonnes of carbon dioxide. See the real time counter below.

Those figures are equivalent to: