California targets 40% emissions cut in boost to US climate ambition

Drought-hit state is aiming to match EU carbon reduction, in move that could help US overachieve its federal commitments 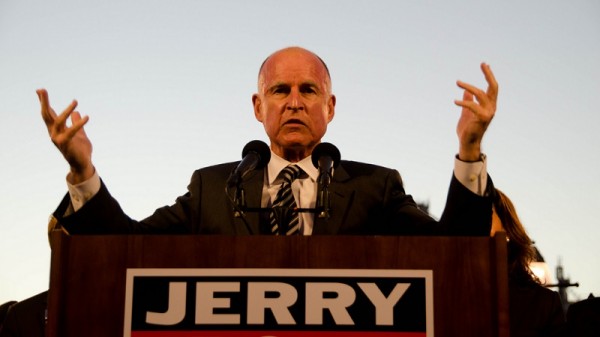 California is aiming to slash greenhouse gas emissions 40% below 1990 levels by 2030, under an executive order issued on Wednesday.

That matches the European Union target, but California’s higher emissions today mean it will have to act twice as fast over the next 15 years.

Experts say this carbon-cutting push by the largest economy in the United States and seventh in the world could help the country overachieve its national target.

Announcing the measure, state governor Jerry Brown said: “California sets a very high bar for itself and other states and nations, but it’s one that must be reached – for this generation and generations to come.”

The pledge is “more ambitious than any other proposal we have from any industrialised country,” Niklas Hoehne, head of Germany’s New Climate Institute, told RTCC.

“The EU has the same number, but there is a difference: the EU is already half way there.”

More than half of states have set renewable energy standards and several are running emissions trading systems, noted Hoehne.

“What is important about this state-level action is the states are doing it and in the end it might mean the national targets are overachieved.”

World leaders hailed the move, which boosts US efforts at a time climate action at federal level is facing fierce resistance from Republicans.

UN climate chief Christiana Figueres said: “California’s announcement is a realisation and a determination that will gladly resonate with other inspiring actions within the United States and around the globe.”

The state’s commitment is “yet another reason for optimism” as countries work towards an international climate deal in Paris this December, she added.

It comes as California enters its fourth consecutive year of drought, with scientists warning water shortages are getting more likely as global temperatures rise.

Governor Brown this month ordered conservation measures including a 25% cut in drinking water use.

This had “brought home the harsh reality of rising global temperatures to the communities and businesses of California,” said World Bank president Jim Kim.

“There can be no substitute for aggressive national targets to reduce harmful greenhouse emissions, but the decision today by Governor Brown to set a 40 percent reduction target for 2030 is an example of climate leadership that others must follow.”