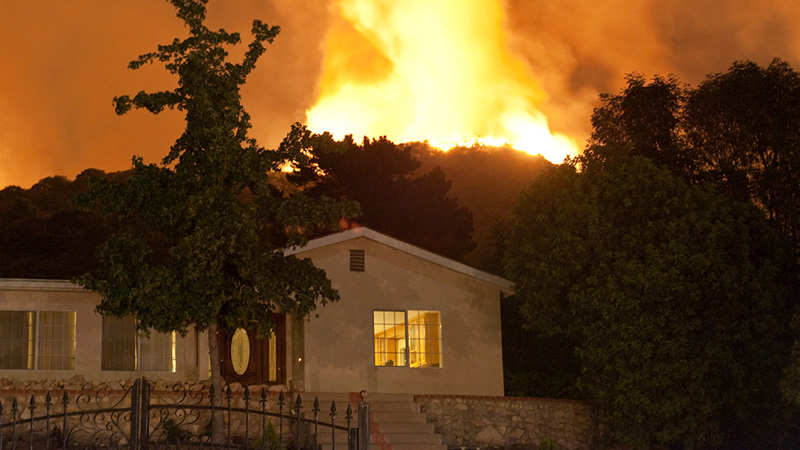 An evacuated neighbourhood in southern California in 2009 (Flickr/ Anthony Citrano)

California has recorded its most destructive wildfires of the year, leading to two states of emergency being called in the drought-stricken state.

The so-called Valley Fire destroyed hundreds of homes and forced thousands of residents to flee as firefighters fought to contain the inferno over the weekend.

During its first 12 hours, the blaze consumed 40,000 acres of forest, brush and grasslands, which California Department of Forestry and Fire Protection official Amy Head called an “unprecedented rate” of spread for a wildfire.

Governor Jerry Brown declared a state of emergency in the northern California village of Middletown, and in the western Sierras as as winds fanned a separate fire towards towns in the hills north of the Napa Valley, Reuters reported.

California declares a state of emergency after fires devour over 100,000 acres near Sacramento http://t.co/PC9tX7eoIM pic.twitter.com/jjXXcRzc5d

The Valley Fire has spanned more than 100,000 acres (40,400 hectares) since igniting on Saturday, according to fire officials, the New York Times reported.

California is undergoing a four-year drought, with reservoirs and the snowpack in the Sierra Nevada mountain region – which supplies the state with much of its water – falling to historic lows.

Houses built in forest and shrub land have become more vulnerable, as dried out vegetation creates the conditions for fires to catch.

Extreme heat last week only made the situation more combustible.

Human-induced climate change is intensifying the long-running dryness, according to research, with the region approaching permanent drought by the 2060s.

“Climate change and misguided forestry policies have combined to present a landscape very vulnerable to devastating fires,” Wally Covington, director of the Ecological Restoration Institute at North Arizona University told the Climate News Network in May.

This year’s bout of dryness is already taking its toll on the Golden State, the most populous US state and a major food producer.

It will cost the agriculture sector US$1.84 billion and 10,100 jobs this year, according to analysis by University of California Davis.