State could be in “more or less permanent” drought by 2060s, researchers warn as four-year dry spell takes its toll 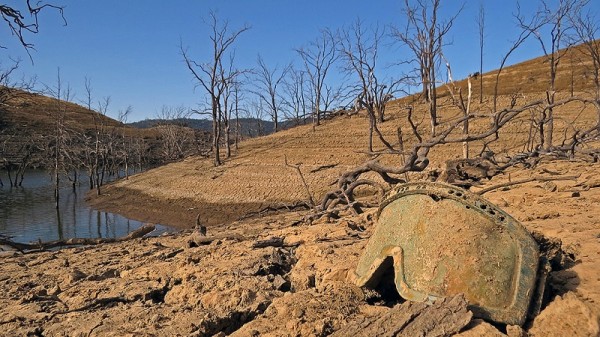 Lakes are drying up across California (Flickr/Ben Amstutz)

As the dry spell continues its fourth year, US researchers estimate 8-27% of the phenomenon is caused by global warming.

By the 2060s, the state famous for good weather is set for “more or less permanent” drought, according to the study in Geophysical Research Letters.

While the shortage of rain can be put down to natural variations in weather, scientists increasingly agree that rising temperatures make things worse.

That is because heat causes more water to evaporate from the soil, plants and water bodies.

“A lot of people think that the amount of rain that falls out the sky is the only thing that matters,” said lead author Alton Williams, bioclimatologist at Columbia University.

“But warming changes the baseline amount of water that’s available to us, because it sends water back into the sky.”

The researchers looked at month-by-month weather data for the state from 1901 to 2014 and found no long-term rainfall trend.

In the long run, though, dryness is expected to increase. Most models project warming to bring a slight rise in California’s rainfall, but the study found it would be outweighed by higher evaporation levels. 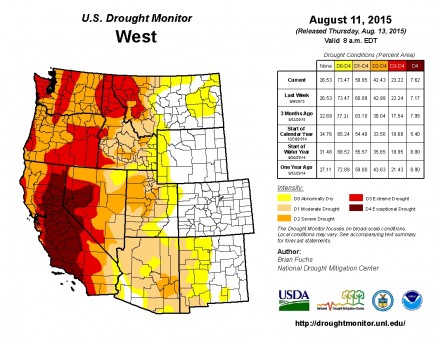 The drought is already taking its toll on California, the most populous US state and a major food producer.

It will cost the agriculture sector US$1.84 billion and 10,100 jobs this year, according to analysis by University of California Davis.

Some farmers are reportedly switching away from thirsty crops like cotton, oranges and avocados to hardier grapes, pomegranate and dragonfruit.

Governor Jerry Brown has ordered farmers to submit drought management plans and water suppliers to cut consumption by an average of 25% statewide.

These measures have not been enough to stop groundwater levels falling to new lows, up to 30m below previous records.

A NASA report on Wednesday showed this was causing subsidence, with land in parts of the San Joaquin Valley sinking nearly 5cm a month.

Mark Cowin, director of the Department of Water Resources, said: “As extensive groundwater pumping continues, the land is sinking more rapidly and this puts nearby infrastructure at greater risk of costly damage.”

And tinder-dry conditions are making 2015 a big year for wildfires. Hundreds of people fled their homes earlier this month as the Rocky Fire scorched 70,000 acres.

The state is targeting tougher action on climate change than the rest of the country, which is committed to a 26-28% cut in greenhouse gas emissions from 2005 to 2025.

That matches the EU target, but analysts said it would be harder to achieve for California, because it has made less progress to date.

The state already has a raft of climate policies; notably a carbon market, under which high polluting industries trade permits to cover their emissions.

To meet the 2030 goal, it is aiming to halve the fuel use of cars, double energy efficiency in buildings and increase renewables’ share of the power generation mix to 50%.