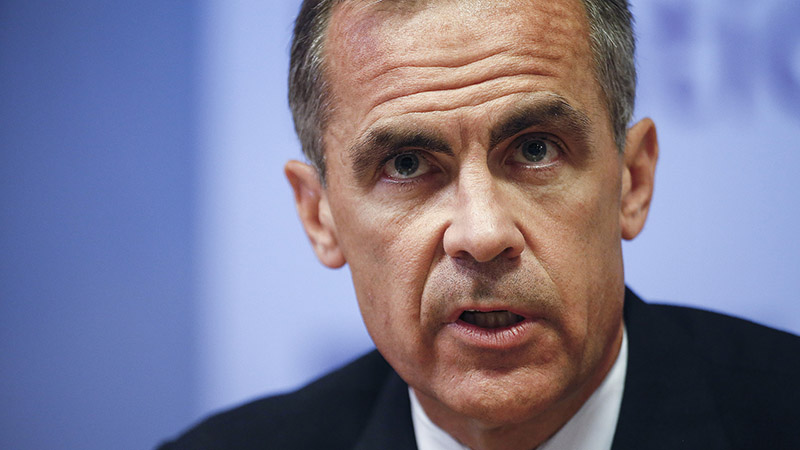 Climate change will destabilise financial markets unless regulators act, the Bank of England has set out in a groundbreaking report.

The regulator warned that polluting industries could face liabilities for climate damage, while losing value in the transition to a low carbon economy. Meanwhile, increasingly extreme weather poses a direct threat to property.

Mark Carney, the Bank’s governor, on Tuesday called on the G20 to coordinate a disclosure drive, forcing businesses to reveal their exposure to climate risks.

He said: “Any efficient market reaction to climate change risks as well as the technologies and policies to address them must be founded on transparency of information.”

Launching the report with a speech to insurers in London, Carney outlined how the “tragedy of the horizon” was preventing an effective response to climate change.

Monetary policymakers typically look 2-3 years ahead, while on financial stability that extends to 10 years.

“In other words, once climate change becomes a defining issue for financial stability, it may already be too late,” said Carney.

Countries have agreed to limit global warming to 2C, which places a cap on the greenhouse gases they can collectively emit.

That “carbon budget” is the equivalent to burning between a fifth and a third of the world’s proven coal, oil and gas reserves, scientists estimate.

The rest is “unburnable”, with implications for the valuation of fossil fuel companies. If such assets are repriced suddenly, it could destabilise markets, the Bank found.

It is why investors need access to clear information on the future carbon costs businesses could face, Carney argued, suggesting the G20 establish an industry-led task force. The bloc of industrialised countries meets next in Turkey in November.

“A carbon budget… is hugely valuable, but can only really be brought to life by disclosure, giving policymakers the context they need to make choices, and firms and investors the ability to anticipate and respond to those choices.”

Acknowledging differences of opinion over the urgency of the threat, he added: “The right information allows sceptics and evangelists alike to back their convictions with their capital.”

Stephanie Pfeifer, CEO of the Institutional Investors Group on Climate Change, welcomed the recommendation. More consistent and reliable carbon disclosure “will allow investors to make a more informed assessment of the climate risks in their portfolios,” she said.

At the same time as curbs on emissions are reshaping the economy, people are already feeling the impacts of climate change.

Average global temperatures have risen 1C since pre-industrial times and another 3-4C is due this century on current trends.

Countries on the frontline of impacts like drought, flooding and sea level rise are demanding support from the international community.

Known as “loss and damage” in UN climate talks, this agenda covers the idea of climate compensation – resisted by rich countries afraid of massive liabilities.

Amid that debate, some are taking matters into their own hands and lodging lawsuits with big polluters. A Peruvian farmer is claiming damages from German utility RWE, for example.

While such efforts have so far been largely unsuccessful, Carney said the risk of facing payouts was “significant” and “will only increase as the science and evidence of climate change hardens”.

Mark Campanale, founder of the Carbon Tracker Initiative, which has led the charge for better recognition of climate risk in the finance sector, hailed the Bank’s report.

Investors should “sit up and take notice”, said Campanale. “Fossil fuel investors face the combined risk of their business models being out-competed by price competitiveness of the renewables energy sector, while also potentially picking up the costs of climate damage.”