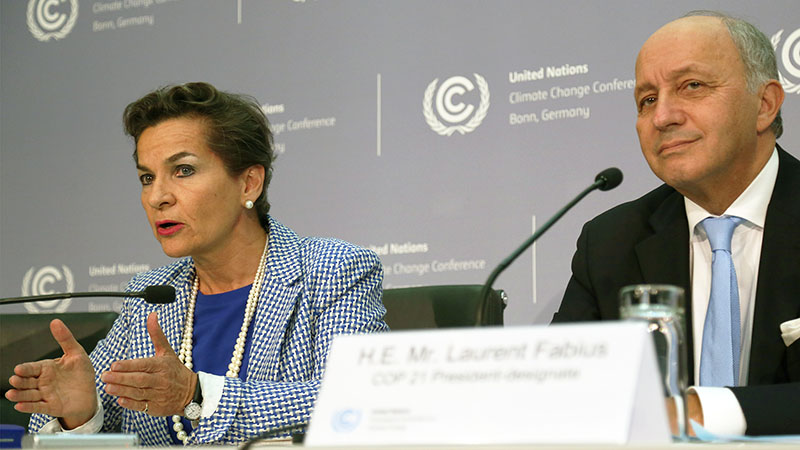 The UN has released a mixed report card on nearly 150 plans submitted by countries ahead of a proposed global deal to slash greenhouse gas emissions.

But echoing previous assessments by analysts, it warns global warming is on course to break through the 2C above pre-industrial levels deemed dangerous. Emissions will grow 11-22% from 2010 levels by 2030, albeit at a slower rate than the previous two decades.

“The INDCs have the capability of limiting the forecast temperature rise to around 2.7C by 2100, by no means enough but a lot lower than the estimated 4C, 5C, or more degrees of warming projected by many prior to the INDCs,” said the UN’s top climate official, Christiana Figueres.

“Backed by financial support for developing countries, a clear long term destination of climate neutrality in the second half of the century and a ratcheting up of ambition in a structured, transparent and timely way, the INDCs provide an inspiring part of what will become the Paris package.”

All industrialised countries and three quarters of developing countries submitted climate plans, which will underpin a global deal to be finalised in Paris this December.

In recognition of the fact collective efforts will not be enough to hold warming to 2C, negotiators are debating a mechanism to progressively increase ambition. That could mean reviewing pledges as early as 2018, under some versions of the text.

At a webcast press briefing from Bonn, Figueres expressed optimism governments could do more.

“Many countries have been conservative because they don’t want to expose themselves internationally,” she said. “We may get more from some corners and less from others.”

“The Paris agreement has not yet been sealed, but is already raising our sights about what’s possible,” she said. “Despite the unprecedented level of effort, this report finds that current commitments are not yet sufficient to meet what the world needs…

“The global climate agreement should include a clear mandate for countries to ramp up their commitments and set a long-term signal to phase out emissions as soon as possible.”

WWF agreed a Paris deal must encourage countries to toughen up their targets.

Steve Cornelius, climate expert at the environmental group, said: “The message we have to send to leaders and negotiators in Paris must be: we must do more, and we must do it faster. The more that we do now, the easier and cheaper it will be.”

While pledges do not meet the 2C goal, they send a clear signal that “the age of fossil fuels is over”, said Jamie Henn of campaign network 350.

“Unless they fundamentally transform themselves, fossil fuel companies are going to suffer the same fate as the dinosaurs they burn: extinction.”