Brussels engineered work on a 2015 UN climate deal back in 2011, but internal rows have lessened its impact at Paris summit 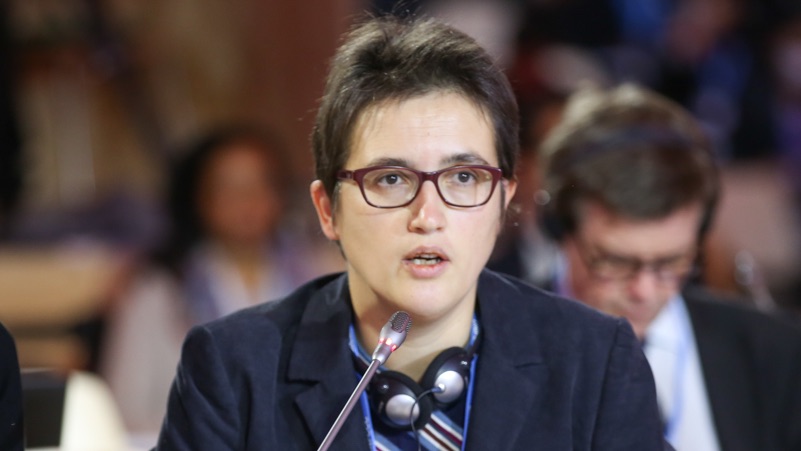 Wracked by internal battles, weak economic growth and a blowing storm over migration figures, Europe is a continent in crisis.

The world’s largest single market has huge purchasing power, but often struggles to translate that into leverage on a global stage.

Nowhere is that more evident than at the UN climate summit in Paris. Previously, the EU has dominated these talks, but playing at home, observers say ‘Team Brussels’ is rudderless.

“We heard at the moment they are not coming forward and building proposals,” said Lies Craeynest, Oxfam EU’s climate change expert.

As it happened: World leaders pledge climate action at COP21

Francois Hollande’s impassioned plea for the world to stand with France on the back of the 13 November terror attacks made front pages, but few recall what European Commission president Jean-Claude Juncker said.

Teresa Ribera, a former Spanish environment minister who runs the Paris-based IDDRI think tank said the bloc should be working harder to build alliances at COP21. “The EU should be much more active,” she said.

But despite heavyweight support on Monday from heads of state in London, Berlin, Rome, Paris and Madrid, the EU is struggling, in part because of “internal and domestic disarray,” she said.

“I sense a frustration in the EU at its inability to guide the talks as it would like, and I think it’s hard to be nimble when you have 28 parties to coordinate,” said Timmons Roberts, an expert in the UN talks based at Brown University, Rhode Island.

Two key demands from developing countries stand out: guarantees for sustained climate finance post-2020 and assurances over a mechanism to help countries cope with loss and damage linked to climate impacts.

As the world’s largest climate finance donor, Craeynest said the bloc should be using its leverage to help reassure poorer nations they will continue to be helped if and when extreme weather impacts worsen.

Late on Wednesday the G77 and China group issued a strongly worded statement demanding richer nations “substantially” scale up finance from a goal of $100 billion a year by 2020.

NGOs want a commitment in a Paris deal that US$100 billion climate finance a year will be a ‘floor’ rather than a ceiling, a proposal that does not enthuse Brussels officials.

Meanwhile Harjeet Singh, campaigner with Action Aid India, said that while developing countries and the US have submitted a variety of proposals on loss and damage – a hugely contentious part of these discussions because of its links to compensation – the EU has remained silent.

Senior EU negotiators reject the criticism, and argue they are working hard behind the scenes to secure their key asks, which include a tough transparency regime.

“I may be biased but I think we are definitely participating” said Sarah Blau, an official from Luxembourg which holds the chair of the EU Council.

Elina Bardram, head of the EU delegation at the Paris talks, said the EU had submitted a series of “bridging” proposals but had found itself rebuffed.

“At this stage we need to be finding common ground and not reverting to outdated rhetoric,” she said.

“The EU is frustrated people are continuing to block. It is trying to make moves and doesn’t feel they are being reciprocated. You can’t dance without a dance partner,” said Nick Mabey, head of the E3G think tank.

Still, some argue the EU has potential dance partners if it cared to look around.

On Monday 43 countries of the Climate Vulnerable Forum united behind a call for warming to be limited to 1.5C and pledged to slash their emissions by 2050.

Bardram described it a “really worthwhile initiative” but wider EU support for this new bloc has been muted, something Teresa Ribera said was a “mistake”.

As in 2011, when the EU allied with small island states and the least developed countries to drive through plans for a 2015 pact, a partnership with the CVF could pay dividends, she said.

“Europe has a long history of active engagement and has built a reputation over time – it has an important role to play” added Ruth Davis, Greenpeace UK political advisor.

What worries many in Paris is the idea an agreement could be driven by the US and China, which have forged ever closer links and are not keen on the tough, legally binding measures the EU and poorer countries want.

“I appeal to leaders from the European Union to please stand up and maintain the strong leadership – Pacific islands like Tuvalu will give the strongest support possible,” said Tuvalu prime minister Enele Sosene Sopoaga on Thursday.

“We need the support of the ERU for a comprehensive and legally binding agreement.”

In public, European delegations talk of binding greenhouse gas cutting commitments, but off the record most admit the inability of Washington to get this type of deal through Congress means they are off the cards.

In 2009, the bloc was sidelined by the US and major emerging economies at the Copenhagen talks, who stitched up a deal that was presented fait accompli to European leaders.

At the 2014 talks in Lima, the US and China quietly agreed on the formulation of the final agreement, demonstrating the close cooperation between the so-called “frenemies.”

“We are looking to the EU to be a bridge, but the big question is what role will it play. Is it content to sit at the back of the room and be locked out as it was on Copenhagen?” said Craeynest.