World leaders are gone, but old divisions remain as countries battle to agree on draft text ahead of Saturday deadline 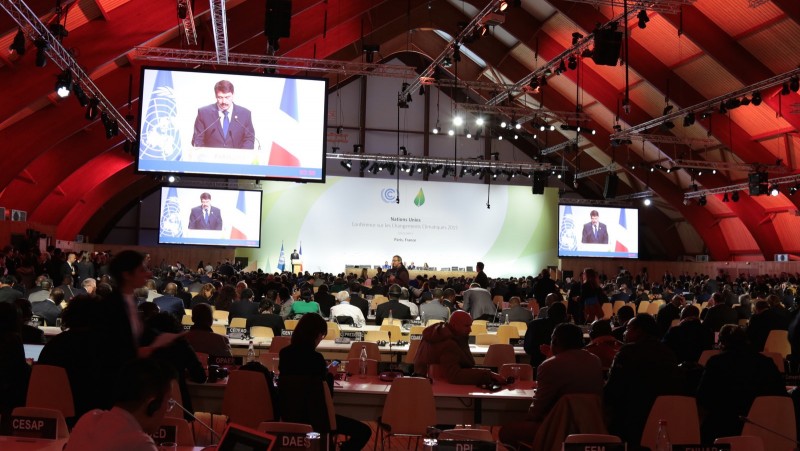 Hopes strong words from world leaders on Monday would inject urgency into talks on a global climate deal were dashed on Wednesday, as discussions slowed to a crawl in Paris.

Virtually all of the 150 presidents and prime ministers who took part in what UN officials say was a record-breaking day for climate politics said they wanted an ambitious new emissions-cutting pact.

Two days on, it’s unclear if that message has permeated technical discussions between the 196 parties working on the global deal, which is set to come into force in 2020 and limit warming to below the 2C danger zone.

“What we’re finding frustrating is we are not making anywhere near the progress we need to at this point,” said Dan Reifsnyder, one of the two men chairing negotiations.

Laurent Fabius, the French foreign minister presiding over the talks, agreed in a midday press conference. “My view is we need to speed matters up, we have much work to do,” he said.

“The aim is for many issues and options to be settled as of 5 December so we can focus on the final political points that need to be settled.”

Inside COP21: What happens next at the Paris climate talks?

Fabius repeated his demand that envoys ready a new draft text by Saturday, ahead of the arrival of ministers the next day.

Areas of contention between countries in Paris are not new and are focused on familiar issues like finance and the responsibilities of rich, poor and emerging economies.

Dozens of small meetings involving small groups of countries are feeding into a main “contact group”, which is tasked with filtering through proposals and establishing where agreement lies.

The head of the 134-strong G77 and China group tweeted her anger today at a longstanding US proposal to ensure all “parties in a position to do so” contribute to a climate finance package.

While China, Mongolia, Indonesia and Mexico have filled funds to help poorer nations cope with climate change, many still feel the onus should be on richer countries to demonstrate how they will meet a funding target to $100 billion a year by 2020.

“We are well on the way to meeting that pledge… but post-2020 [finance] is a live and open conversation,” lead US envoy Todd Stern told reporters in his first press briefing of the conference.

“This notion of an expanded donor base has already happened… we just want to capture this in any agreement that we do.”

The US remains engaged in talks on how best to help countries already being hit by climate impacts, Stern added, but emphasised the country was “not at all supportive of the notion of liability and compensation” in a Paris agreeement.

Some NGOs blamed the slow pace of talks on what one labelled an “absent” European Union. “We are looking to the EU to bridge the gaps, not to sit back and be locked out of the room like it was in Copenhagen,” said Oxfam’s Lies Craeynest.

EU head of delegation Elina Bardram rejected the claim, and said the 28-strong bloc was “actively” searching for compromises but argued it was finding few partners to work with.

“At this stage we need to be finding common ground and not reverting to outdated rhetoric,” she said. “We have to see a step change, we cannot leave everything to the ministers.”

Frustrations boiled over late on Wednesday when a proposal by St Lucia to include a new piece of text into the agreement relating to the 1.5C warming target met a fierce response from a number of countries.

The issue was “beyond sensitive,” said the Saudi negotiator. The importance of 1.5C to island countries “isn’t news to anyone,” replied MJ Mace, a lawyer representing St Lucia at the talks.

A tired-looking Reifsnyder – chairing the discussion – said all countries needed to go away and “remove brackets, reduce options, come together”.

He added: “My goal is not to prevent parties from coming with proposals, bridging proposals, but I think we have to have a rule that we don’t introduce brand new text everywhere because that’s not going to lead us where we want to go.”

One negotiator, speaking off the record, said he expected Fabius to read the riot act when he meets envoys on Wednesday night.