World’s biggest oil exporter has an ‘action-based approach’ to going green, says Khalid Abuleif on the sidelines of COP21 in Paris 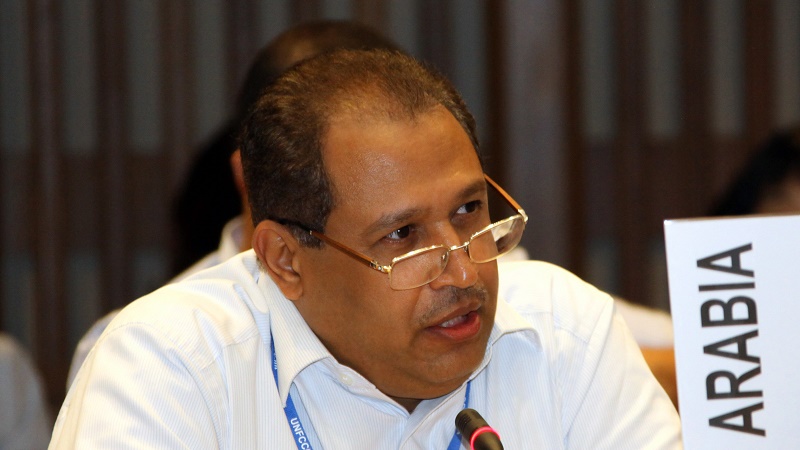 Labelled “inadequate” by analysts, the petropower’s national climate plan – one of 184 submitted – avoided committing to greenhouse gas emissions cuts. It proposed to diversify the economy, but – paradoxically – only if its coffers were not hit by declining oil sales.

At a side event of the COP21 summit, Khalid Abuleif said Riyadh chose to take an “action-based” rather than results-based approach.

“With an economy that is very much dependent on one resource, that is basically head-to-head with the objective of the [UN climate] convention, we really need to find a way to manage that resource,” he said. That was a reference to oil and gas, the source of about half the country’s wealth.

The picture was similar for five other Gulf states represented at the event, which sketched out areas for action but few measurable objectives.

It was “extremely difficult” to predict the course of Saudi Arabia’s emissions over the next 15 years, Abuleif said. It depends on demand for hydrocarbons from the rest of the world.

The world’s biggest oil exporter outlined a number of potential ways to go green, without identifying concrete targets. Taken together, it said those measures could save 130 million tonnes of carbon dioxide equivalent a year by 2030, compared to a browner growth scenario. That is around a quarter of the country’s 2012 emissions.

“These ambitions are contingent on the Kingdom’s economy continuing to grow with… a robust contribution from oil export revenues,” the plan stated. And it depends on international climate policies not placing an “abnormal burden” on that economy.

Saudi Arabia is already suffering from a sharp fall in the global oil price since mid-2014. Without reference to climate, the International Monetary Fund this year advised the country to diversify its sources of income.

A UN deal set to be finalised in Paris next week will only further curb demand for fossil fuels, which release climate-warming gases when burned. The aim is to limit average temperature rise to 2C above pre-industrial levels, beyond which scientists warn of increasingly severe disruption to weather patterns.

The G7 is calling for a complete decarbonisation of the world economy this century, to turn 2C into a more tangible target.

Abuleif rejected the term “decarbonisation,” saying other warming gases were also important. “You are making a mistake if you only focus on CO2.” But he was “open” to a differently worded long term goal.

“There is an extraordinary irony – and risk – in the Saudis delaying their plans to shift to renewables because of low oil prices, when their own oil production has driven those prices down,” said Bill Hare of Climate Analytics, a contributor to the report. “It may be far safer for Saudi Arabia to adopt a strategy that seizes the low carbon future and accelerate renewable deployment as fast as possible.”