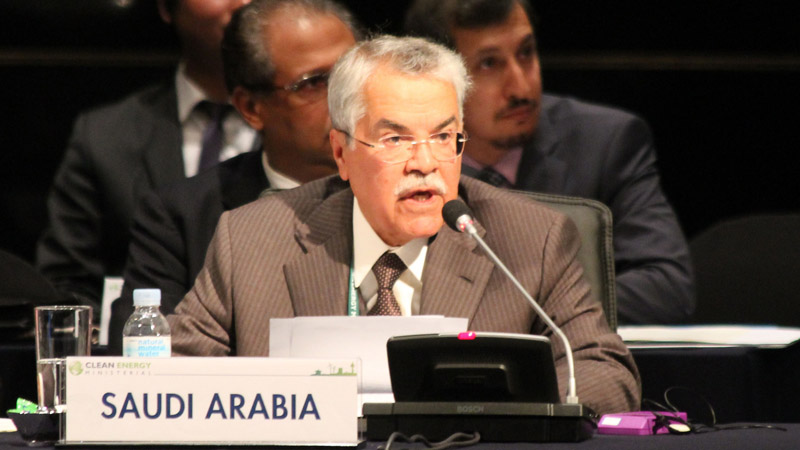 Saudi Arabia has launched a public relations drive to convince the world that the oil-rich state is committed to a global climate change deal in Paris this year.

Riyadh claims 16% of global crude oil reserves, second only to Venezuela, and is home to the planet’s fifth largest natural gas reserves.

The Gulf Kingdom has long been accused of underhand efforts to slow or block global climate talks, but appears keen to show journalists it’s on board with plans for a new UN pact.

A website launched for COP21 offers pictures of solar panels, a foreword from the country’s oil minister dated 2014 and a cheery ‘meet the team’ section.

One email from an account owned by state oil producer Saudi Aramco offers media a sense of “six things you need to know” about the Paris summit, known as COP21.

“The event is of significance to a wide range of audiences and seen as highly important,” it says, adding later “the consequences of climate change could be significant and lasting.”

Another mailshot sent on Thursday quotes Saudi Aramco CEO Amin Nasser assuring the world that the government is “committed to playing its part”.

The kingdom’s strategy at the talks, he adds, will be to “maintain our position as the world’s largest, most reliable oil and gas producer”.

Liz Gallagher, head of climate diplomacy at the E3G think tank told Climate Home the Saudi awakening ahead of Paris is not unusual.

“Saudi Arabia has a tendency to increase their PR exposure ahead of COPs – over the past year they’ve made some positive and negative contributions to the climate talks,” she said.

“This recent example demonstrates they understand that the Paris moment and agreement will profoundly alter their economy.”

Saudi Arabia’s wall of shame
– December 2009: Negotiator Mohammad Al-Sabban is accused of undermining scientific evidence base for a UN deal in Copenhagen
– April 2013: Saudi Arabia calls for climate change to be omitted from the UN’s 2015 Sustainable Development Goals.
– April 2015: Negotiations to cut the use of HFCs, Saudi Arabia refuses to begin discussions: ‘We will never agree in one year, five years, or 100 years’ says Taha Zatari, head of delegation.
– May 2015: Ali Al-Naimi, the country’s oil minister, says idea of ending reliance on fossil fuels needs to be put ‘in the back of our heads for a while’
– In June 2015 country takes lead blocking reference to a UN report about the need to stabilise temperatures to below 1.5C

Earlier this week Saudi Arabia submitted its contribution to a UN climate deal, proposing “mitigation co-benefits” of up to 130 million tonnes of carbon dioxide equivalent a year by 2030

The plan, known in UN jargon as an INDC, was an historic step from the country, but was heavily criticised for being too vague and lacking any clear carbon emission reduction figures.

But sceptics point to the country’s lack of climate change related laws and absolute economy-wide targets as further evidence its green energy drive is more spin than reality.

Plans for 40,000 megawatts (MW) of solar power by 2032 have been pushed back to 2040, and so far only 25MW of solar has been installed in the sun-drenched state, less than Germany.

In a sign of Saudi Arabia’s significance, the UN and France have invested heavily in diplomatic efforts to assuage its concerns over a deal.

A recent Saudi-French communique stressed the need for a long-term transition for all countries towards low GHG emitting development and the importance of avoiding warming above 2C.

And in an interview with the New Yorker UN climate chief Christiana Figueres said she understood why the country saw proposals for ‘decarbonisation’ in a Paris deal as a threat.

“The Saudis are sitting on a vast reserve of very cheap oil,” she said.

“Can you blame them for trying to protect that resource and that income for as long as they can? I don’t blame them. It’s very understandable.”