If fully enacted, national plans will hold warming to 2.7C by end of century, analysts say on UN deadline day 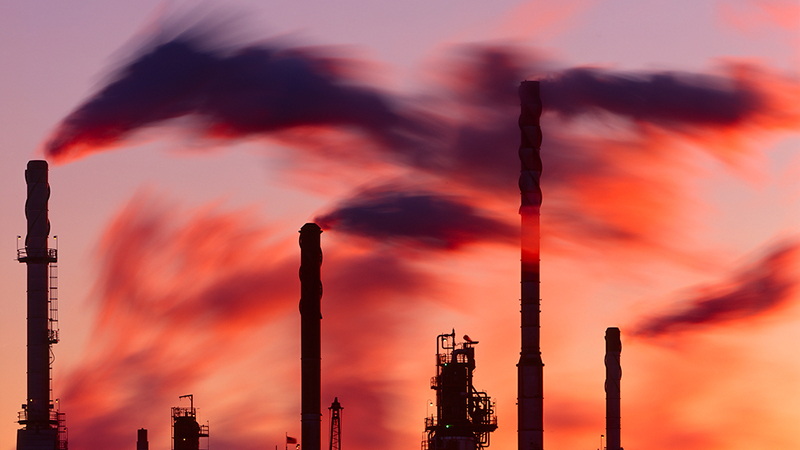 The world is still on track for dangerous levels of temperature rise by 2100, but countries’ proposed carbon cuts will make a difference.

Submissions to a UN climate deal (INDCs) have lowered warming projections to 2.7C from a 3.6C rise on pre-industrial levels if governments took no action, Climate Action Tracker (CAT) said on Thursday.

With two months to go until countries aim to strike a global climate pact in Paris, collective commitments do not meet the internationally agreed limit of 2C.

“The INDC process has clearly led to progress, but it is clear that in Paris governments must consider formally acknowledging that their first round of climate plans for 2025 and 2030 will not hold warming below 2C,” said Bill Hare of Climate Analytics.

“Based on the INDCs submitted to date, locking in targets for 2030 could be catastrophic for efforts to limit warming below 2C, so the agreement had better focus on 2025.”

Analysis: National climate pledges are flooding in – now for the hard part

CAT has analysed 20 INDCs from major emitters to a new climate pact, covering 78% of global emissions.

It found several of them “inadequate”, including Australia, Japan and Canada. Only two countries – Costa Rica and Ethiopia – were judged to have made a “sufficient” contribution.

“All big emitters should seriously reconsider improving their INDCs between now and Paris,  or soon after,” said Kornelis Blok of Ecofys.

“That only two Governments have climate commitments rated sufficient is not ideal, only two months before Paris.” 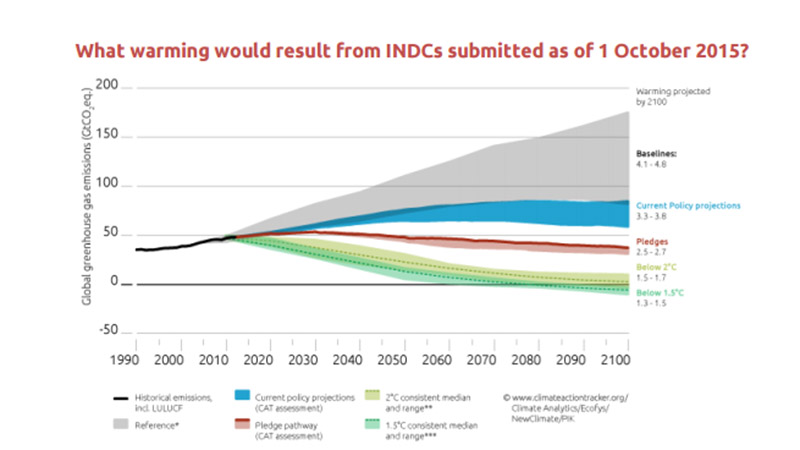 There has been movement since last December, when CAT saw warming reaching 3.1C based on informal pledges from the US, EU and China before a UN summit in Peru.

“The biggest contributing factors to the change in our estimate since Lima have been China and India,” said Louise Jeffery of the Potsdam Institute for Climate Impact Research.

The assessment includes an educated guess of what will be in India’s INDC, which is due to be published tomorrow. Experts close to the drafting have already revealed elements will include a renewable energy target and reductions in emissions intensity.

CAT’s projections assume there will be no backsliding on national commitments, Jeffery told Climate Home.

Climate Interactive, a US forecaster linked with MIT, used different assumptions and projected a bigger gap. It said last month INDCs put the world on track for 3.5C.

That would fall to 3.3C with no backsliding, it calculated. If Chinese emissions keep falling after peaking in the late-2020s, that holds warming to 3.2C, while if other developing countries peak by 2035, temperatures slow to 2.6C.