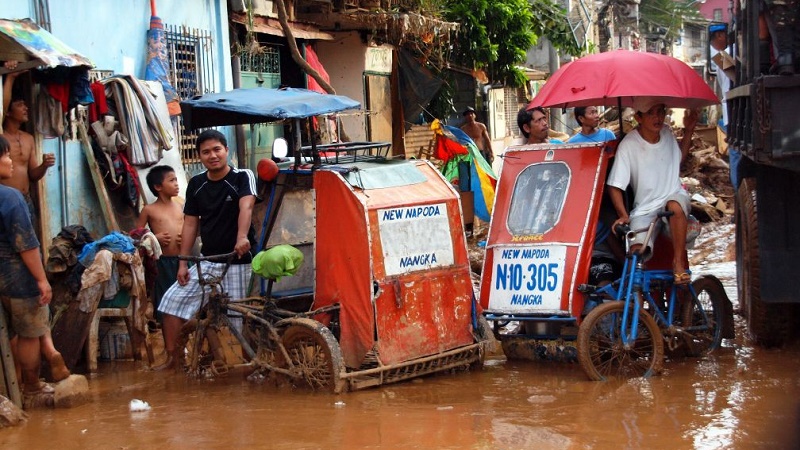 The US and EU should make five times the greenhouse gas emissions cuts by 2030 promised in their national submissions to a UN deal.

Japan is doing a tenth of its fair share, while Russia is making zero contribution to the global effort to limit temperature rise to 2C.

That is the conclusion of a report backed by 18 civil society groups including Oxfam, WWF and Action Aid.

“Across the board, rich countries are failing to bring the two most important ingredients to the negotiating table – emission cuts and money,” said Brandon Wu, a climate finance expert at ActionAid.

“If they truly want to solve the climate crisis, wealthy nations must provide finance to support clean development in poor countries and to help communities adapt to dangerous climate impacts.

“Without it, any agreement in Paris will be asking the poor to put out a burning building with a glass of water.”

Recent analysis from the OECD suggests climate finance aid for developing countries is on the rise – hitting $60 billion in 2014 – but significantly short of an annual target of $100 billion by 2020. 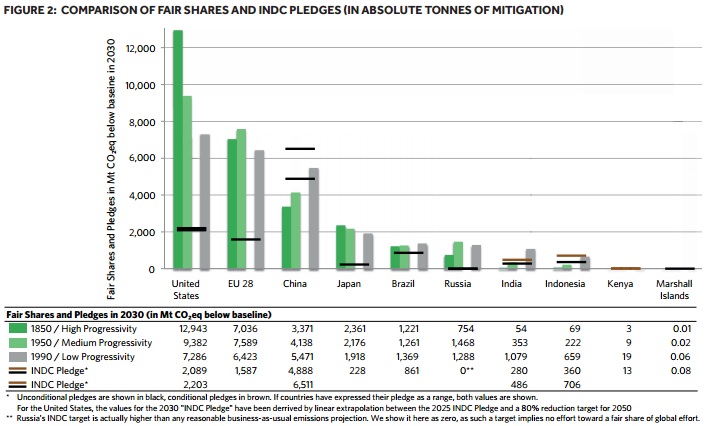 To date, 150 countries have pledged “intended nationally determined contributions” to a deal set to be finalised in Paris this December.

Covering 90% of global emissions, these plans are based on what governments consider technically and politically feasible.

While they show an unprecedented level of engagement, collectively the pledges do not deliver sufficient emissions cuts to hold warming to 2C.

Nor do the voluntary contributions represent an equitable division of effort, according to the civil society report, based on historic responsibility and national spending power.

China, India, Indonesia, Kenya and the Marshall Islands are meeting or exceeding their “fair share”, it found.

Tim Gore, Oxfam’s head of climate policy, said: “Some of these countries have made promises that could genuinely transform how their future economies will operate. This could transform the UN negotiations as a result.”

Lidy Nacpil, Filipina activist and coordinator of the Asian Peoples’ Movement on Debt and Development, said rich and poor countries needed to cooperate.

Launching the report in Bonn, where negotiators are into their last week of talks before Paris, she said: “While it is very clear the onus is on developed countries… it is not a free pass for developing country governments.

“They must ensure that they deliver on their targets for a fair share. They must also raise their conditional targets to reflect what they are ready to do if and when finance is delivered from developed countries.”