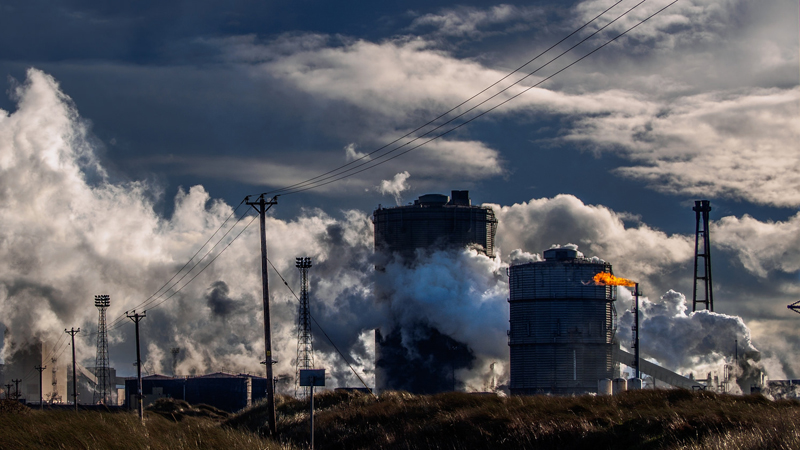 “We simply are not prepared to accept the revolutionary implications of our own findings” (Pic: Flickr/Archangel12)

The world’s top climate scientists are deliberately downplaying the challenge of avoiding warming above the 2C danger zone because of pressure from funders and politicians.

That’s the view of Kevin Anderson, professor of climate change at University of Manchester, in an article published in the journal Nature Geoscience on Wednesday.

He argues the rapid level of greenhouse gas cuts required to ensure the world does not blow what the Intergovernmental Panel on Climate Change (IPCC) termed a “carbon budget” would mean a radical shift in consumption and energy use in rich countries.

“Delivering on such a 2C emission pathway cannot be reconciled with the repeated and high-level claims that in transitioning to a low-carbon energy system global economic growth would not be strongly affected,” he says.

But instead of warning governments that they need to implement an energy revolution, Anderson argues many influential scientists continue to suggest warming above 2C can be avoided through a steady transition away from fossil fuels.

“We simply are not prepared to accept the revolutionary implications of our own findings, and even when we do we are reluctant to voice such thoughts openly,” he writes.

Anderson adds: “It is not our job to be politically expedient with our analysis or to curry favour with our funders. Whether our conclusions are liked or not is irrelevant.”

Governments formally committed to limiting warming to 2C in 2009 and have clung to the figure ever since. Warming beyond this point could lead to potentially catastrophic impacts say experts, such as more flooding and droughts.

Even heating up to 1.5C will place many vulnerable countries like small island states under threat from rising sea levels and extreme weather events.

Anderson says this is a “highly optimistic” prognosis that relies on an early peak in global emissions and as-yet-untested forms of negative emission energy technologies.

This week he told the Carbon Brief website avoiding 2C was a “goldilocks” scenario requiring deep collaboration from government, business, NGOs and academia.

2C models have become “less plausible because over time… the kind of policy and regulatory developments that needed to take place, haven’t taken place,” he says.

Speaking to Climate Home, Anderson suggested many scientists were under pressure to conform to scenarios limiting warming to 2C, however unrealistic they might be.

The range of climate plans submitted by 149 countries ahead of a proposed global deal in Paris this December were “politically derived targets” he said, based on what they thought they could deliver.

“Scientists are doing the opposite of what [climate] sceptics think – they are underplaying this,” he added.

Nicholas Hoehne, an IPCC lead author and founder of the New Climate Institute, said there was scope for more research into how realistic energy and climate models avoiding 2C of warming were.

But those decisions were for politicians and policymakers, he said, not technical staff. “Some people say it’s impossible but it’s not up to modellers to say what’s possible or not.”

To keep below 2°C warming, the US, EU, Chinese, & Indian #INDC require rest of world to have zero emissions by 2030 pic.twitter.com/MXgYNjXP9n

Anderson’s view chimes with a paper published in the journal Environment Research Letters on Thursday, which warns that the combined climate plans of the EU, US and China leave “little room” for emissions for other countries.

In order for the world to avoid 2C other countries  – including emerging economies like Brazil and India – would have to ensure their per capita emissions remained 7-14 times lower than those in the EU or China.

“If the INDCs [climate plans submitted to the UN] are not strengthened in the near future, then even if the INDCs are met, they should be expected to lock the world into a higher long-term temperature increase based on the best current scientiﬁc understanding and without negative emissions (carbon removal),” says the paper.

It calls for a rapid hike in research and development investment for low, zero and negative energy technologies and suggests this should form part of any global deal in Paris.

Governments also need to think how they can share out the remaining carbon budget among all countries in a fair way, said Glen Peters, one of the authors and a scientist at the Oslo-based CICERO.

And Peters warned that if China did not manage to radically slash emissions after a projected 2030 peak, then it alone could “eat up the rest of the pie” and bust 2C.

“The remaining budget is so small… there’s very little leeway, and little room for equity,” he added.