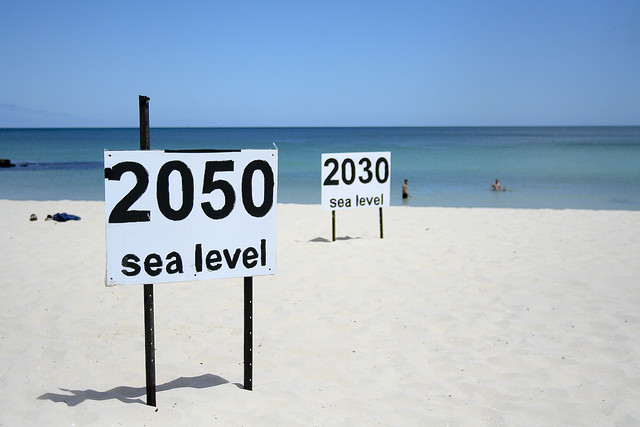 Odds are long on the planet pinning down temperatures below a 1.5C rise on pre-industrial levels by the end of the century.

While 100 nations – including those menaced by rising sea levels and droughts – support the lower bound of an internationally agreed aim, most are sceptical it will be met.

Even getting off the planet’s 4-5C warming trajectory to stay within 2C will be a Herculean task.

But the world hasn’t shot it just yet, according to a report published on Thursday; 1.5C remains “feasible”, albeit with radical conditions.

It’s a call to negotiators crafting a global pact to keep under consideration a lower goal, reducing the severity of climate impacts like sea level rise, droughts and heat waves.

Though they set out the “substantial” obstacles in the way as countries wean themselves off fossil fuel-driven development.

“Actions for returning global warming below 1.5C by 2100 are in many ways similar to those limiting warming to below 2C,” said Joeri Rogelj at the Vienna-based International Institute for Applied Systems Analysis, and a lead author of the report.

“However, the more ambitious 1.5C goal leaves no space to further delay global mitigation action and emission reductions needs to scale up swiftly in the next decades,” Rogelj added.

The study compared the respective shifts in economies, the energy sector and environment in 1.5C and 2C worlds.

Lowering the temperature goal by half a degree amounts to cutting in half the remaining carbon budget.

That too brings forward the year the globe must achieve a net zero carbon footprint by 10-20 years.

To be net carbon neutral is to remove as much CO2 from the atmosphere as is emitted. Costa Rica became the first country to pledge carbon neutrality by 2021 last year.

The EU and Japan have vowed to slash emissions 80% from 1990 levels by mid-century.

An effective global deal hinges on emerging economies such as Brazil, India and China curbing emissions growth. Yet they resist deep cuts, with economic growth and poverty reduction coming first.

The report also advocates major removal of CO2 from the atmosphere, whether through use of bioenergy with carbon capture and storage or mass planting of trees.

Such measures would have to be “carefully balanced against other land use requirements”, researchers said.

Researchers also expect to overshoot the 1.5C goal, and then fall below it later in the century as more CO2 is actively removed. Most 2C scenarios, in contrast, treat it as an absolute limit.

They said the UN’s scientific agency, the IPCC, should provide more detail on the potential 1.5C trajectory, as available scenarios didn’t allow a complete analysis.

The Intergovernmental Panel on Climate Change meets this week to discuss new tools such as the use of socioeconomic data on how population change and energy sector reform will affect global warming.

“Any imperfections – be it a further delay of meaningful policy action, or a failure to achieve negative emissions at large scale – will make the 1.5C target unattainable during this century.”