Four stomachs bad, one stomach good. RTCC sheds pounds of CO2 as it tries green regime for a week 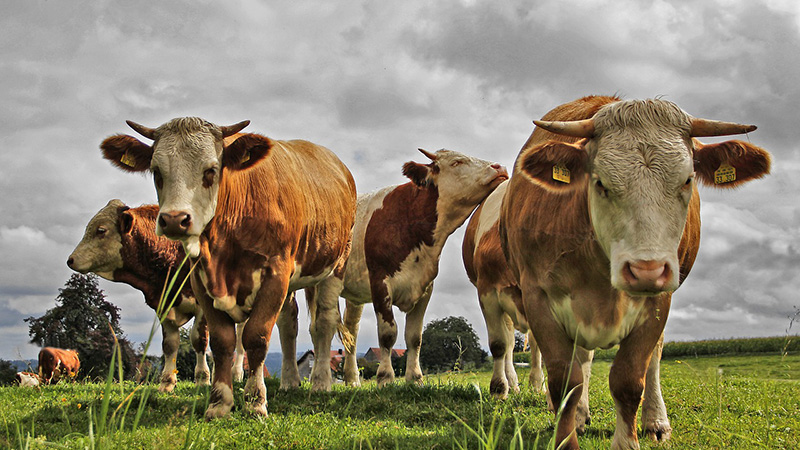 Something to ruminate over (Pixabay/ Gabi_Bendler)

Keen to help the planet, but not if it means a lifetime of pulses, grains and veggies?

Climatarianism could be for you. The idea? Slimming the carbon footprint of your food.

All ruminants – beef, mutton, goat, venison – are off the menu. But chicken or pork aren’t.

Cheese and some dairy products are verboten, sadly. But sustainably-caught fish, fine. As long as it hasn’t been flown over in boxed ice.

Air miles and frozen, packaged products are a no-no. Everything else goes. Though remember to stay local, and keep waste to a minimum, proponents Climates plead.

Simple changes to your diet can take a tonne of carbon dioxide emissions equivalent a year off the planet’s waistline per person, according to the non-profit social network.

The average Briton was responsible for 7.1 tonnes in 2011, according to the World Bank.

Greenhouse gas emissions from our food – from farming, packaging to distribution – account for 20-30% perhaps of the global total. Other studies go far higher.

“We don’t want to go into battle with the meat industry. People like eating meat, it helps them get a nutritional balance, but we’re identifying the big hitters,” founder Biba Hartigan tells RTCC.

Analysis: Why does the meat industry escape climate scrutiny?
Report: How cutting food waste could help the climate

Beef and mutton are in her sights. A kilogramme produces 60-70kg of CO2, according to figures from Oxford University.

Animal-based foods are fed on crops, their fertiliser releases nitrous oxide and even their manure is potent in greenhouse gases. Then there’s the burped methane.

An average kilogramme of food from a UK basket of 93 goods comes to just 10kg, by comparison.

How foods fare on the CO2e produced per kilos (credit: Climates)

According to Climates, 1kg of boned beef meat waste is equivalent to wasting 24kg of wheat given its climate impact.

“The idea isn’t to radically change people’s lives but for them to recognise where they can make easy changes which add up to a major shift,” Hartigan adds.

As they plump for donations, the network has worked up recipes – from chicken and sweet pepper lasagne to climate-friendly bolognese, which swaps beef mince for pork.

Hartigan, who admits she couldn’t fully part with meat, says the diet has a chance of spawning into a movement.

“The only way to have a good climate diet is to go vegan,  but that’s a step too far for myself even. This is the ideal diet to limit one’s impact on climate.”

Fairly well. I ate healthier and trimmed money off my shopping bill.

Assessing the climate impacts of every food item I bought certainly raised my awareness and pushed to me little-sampled alternatives.

I tend to avoid frozen food, so there was little issue there. But the biggest struggle came in the cheese ban. Parting company with mozzarella, cheddar and stilton would be tough in a low carbon world.

To cap global warming, lifestyles of hearty meat consumption need to be dialled back. It’s an unpalatable truth. Climatarianism might not be such a bad place to start.