How cutting food waste could help the climate

The world’s gluttony is gushing carbon. Is it time to dial down excess and combat climate change? 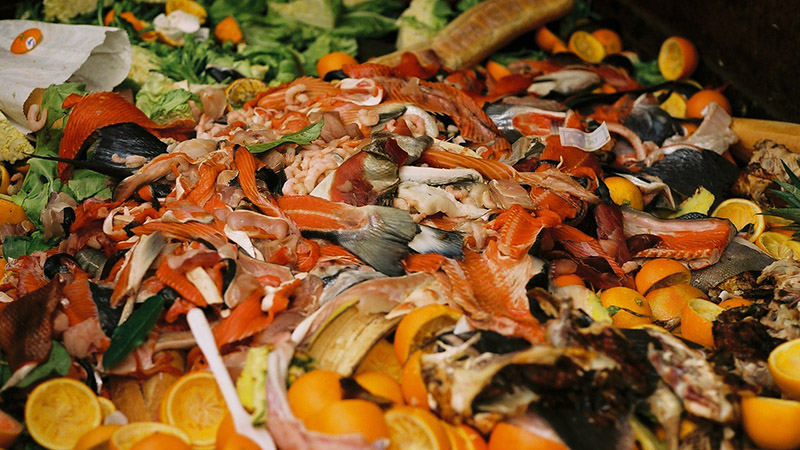 The planet is producing a third more food that it consumes, stoking global warming as forests give way to crops and freight grows.

Greenhouse gases given off over the lifetime of all discarded produce total 3.3 billion tonnes of CO2 a year, according to the UN’s Food and Agriculture Organization.

That would make it the third largest emitter if it were a country, behind China and the US.

Yet as countries work to sign a UN-backed global warming agreement this year in Paris, food waste receives scarce mention.

Waste not, want not

It is an issue highlighted by John Mandyck, chief sustainability officer at United Technologies Corp, which makes refrigerators for shipping containers and supermarkets.

Countries are scrapping 1.3 billion metric tons of edible food a year and that’s set to swell as more is needed to feed rising populations, Mandyck and co-author Eric Schultz write in Food Foolish: The Hidden Connection Between Food Waste, Hunger, and Climate Change.

Two-thirds perishes during distribution, with the consumer to blame for the remaining third, as oversized portions are scraped into the trash and vegetables pass their best.

“We don’t have the environmental licence to grow our food production to meet the needs of a planet of 9.5 billion in 2050 with today’s paradigm,” Mandyck told RTCC in London.

“The paradigm is we’ll just grow more to throw away more to feed more.”

Things are changing. UN chief Ban Ki-moon made food waste the fifth and final aim of the Zero Hunger Challenge in 2012.

The European Parliament has urged a 50% reduction in food waste by 2025, with more access for the needy.

Competition for food will ease with crop production rising 45% to meet demand by 2050, estimates the Millennium Institute.

Forests in Brazil cleared for soy and cattle-rearing to meet Chinese demand take away carbon sinks. While extra food miles through transportation, together with packaging, add to a warming planet.

Emerging economies are a concern. China’s $1 trillion grocery market, the world’s largest, has up to 40% losses due to ferrying perishable goods in open trucks, write Mandyck and Schultz.

Analysis: Ten reasons why food will be scarce in a warmer world

The country’s underdeveloped “cold chain” is of commercial interest to United Technologies, which also makes engines and elevators.

A UN-backed climate fund, which has raised $10bn of start-up cash from rich countries, could too target initiatives to lower food waste, he suggested.

Mary McGrath, chief executive at UK charity FoodCycle, bristles at the scale of waste – 15 million tons thrown away a year in the UK.

The charity has lobbied supermarket chains to hand out expiring food to the needy, though they make up just 2% of waste, she said.

Personal responsibility is key, but further up the supply chain is where action should be better placed.

“Retailers and manufacturers need to become more sophisticated in forecasting systems, and redistributing food they have over-ordered. It’s better than sending for anaerobic digestion.”

In regions more vulnerable to climate change, its impact on food security has wide reaching effects.

A Russian heatwave, which sent wheat prices soaring as yields fell, is linked to igniting the Arab Spring. Protracted drought in Syria from 2006 is connected to the outbreak of civil war.

With an estimate 2.5 billion more mouths to feed within 35 years, December’s crunch summit can simultaneously cut carbon and hunger if it tackles the issue.