Why does the meat industry escape climate scrutiny? 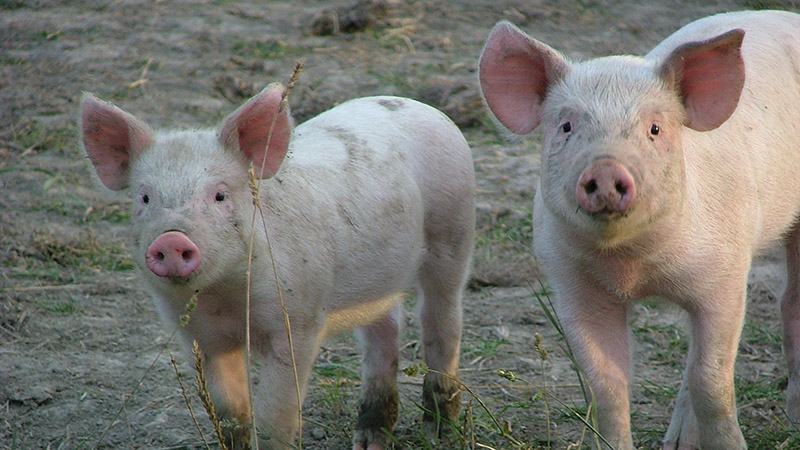 Today on an industrial pig farm in Iowa in the American Midwest a birthing sow—let’s call her Babe—will be artificially inseminated. It is her fourth litter.

Few sows remain productive enough to meet the demands of intensive animal agriculture beyond their fifth litter, after which they are sent to slaughter. Roughly 114 days—that’s three months, three weeks, and three days—after insemination she will give birth to a dozen or so piglets.

In 114 days, as those piglets fight for their mother’s colostrum and huddle together to ensure they do not succumb to chilling (a drop in temperature that will kill) the last delegate to leave the COP21 UN climate summit will have just reached home.

For the piglets it is a question of keeping warm. For us, the threat is of runaway global temperature rises. Come mid-December what is in gestation will have been birthed. What lasts beyond the end of the conference will, for the piglets and for us, be a matter of life and death.

Will animals and animal agriculture be part of COP21 negotiations? They should be—front and centre. Animal agriculture is responsible for anywhere between 18 and 51% of total greenhouse gas emissions.

Two major reports from the UN (in 2006) and Worldwatch Institute (2009) laid the groundwork for understanding the relationship between our food choices and the environment.

Animal agriculture produces more emissions than transport and communications. The question is not whether we know this, but what to do about it.

It is the major culprit for a range of our worst global crises such as deforestation and water shortages (including in California—no, it ain’t the almonds).

Animal agriculture is also, conversely, one of the most protected and supported industries in the world, as national governments and international organisations shore up global economies and the major producers who feed the world regardless of environmental impact.

In the UK the debate over how much farmers are paid for their milk has not even touched upon how much we pay for the externalized costs of that dairy farming.

This is understandable. When dietary guidelines begin to address what we eat—especially dairy and meat—powerful industry lobbies put their machines into motion, villifying panels, scientists, advisors and journalists.

How dare nutritionists suggest what we eat has an impact on the planet!

Comment: Farming should be taken seriously at UN talks

Is what we eat politically too hot to handle? Perhaps it is simpler than that. How many of the world’s leaders and climate negotiators at COP21 will follow plant-based diets?

How many of them have asked the tough questions of their nations’ food behaviours in relation to this juggernaut of greenhouse gas production?

More pertinently, how and why do animal agricultural industries remain subsidised and protected beyond their importance for national economies?

The world’s future stability is dependent on strong discussion and effective change made around energy use, food and water security, and environmental sustainability.

These conversations and the compromises they must lead to cannot excuse or omit questions of food production and consumption.

But intensive animal agriculture has proven to be the elephant in the room. Naomi Klein’s book, This Changes Everything, has a lacuna at its heart on the animal question.

The Guardian’s shift towards a campaigning stance on climate change sits uncomfortably against their major sponsorship deal with Kerrygold butter.

On the COP21 website, the only reference to animal agriculture are cutesy images of small-scale ‘traditional’ farming in its infographics. All might be examples of what the animal rights scholar Gary Francione has called a “moral schizophrenia” in addressing the great calamity of climate change.

Or they might simply be a case of sticking with what campaigners and negotiators know best—focusing on fossil fuels directly, rather than how they are used by industries—and a belief that the focus is working.

Except that it is not. Certainly not fast enough. With the growth of Asian and South American economies and the expansion of a wealthy middle class across the globe, the production and consumption of meat products is expected to double, perhaps even triple, by 2050.

The incredible use of energy and water to produce meat is massively inefficient in comparison with a plant-based diet: in the EU and US, between 60 and 70% of grain crops are fed to animals to feed us, and agriculture is responsible for 93% of water depletion worldwide.

But growth remains the goal.

The model for that production growth in economies such as China is towards higher intensity production: the American model. Iowa is the US’s largest pork producer.

The horrors that await our litter of piglets in the American Midwest—castration and tail docking without anaesthetic, the banding of splayed legs with duct tape, the slamming of unwanted runts into the concrete floor as a means of euthanization (all “standard farming procedure” and so legal)—are being exported around the world in the name of efficiency and progress.

It is often cows that are held up as the worst climate offenders due to their high methane emissions and water use. But across the world in terms of meat production, the pig is the most eaten land mammal.

At any one time, there are a billion pigs on the planet producing around one hundred million metric tonnes of meat a year. Beef consumption is falling, while pork and chicken production are growing.

Half of the world’s pigs are found in China. As China becomes more affluent and eats more meat, the way we treat pigs becomes as crucial to climate change mitigation and adaptation as how we fuel our homes.

A failure to tackle or even end meat production is a tacit admission that climate change remains woefully unimportant for all of us, from regular homemaker to politician.

Some people are turning towards “climatarian” diets, eschewing animal products in the same way they separate their green and brown glass. This is good news.

But it will still come too late for those dozen piglets born to Babe in 114 days time on a concrete factory floor. For them, their short lives will be miserable and suffering.

They exist, but the don’t live. They never see the hot sun nor enjoy its warming glare on their skin.

We, however, feel the rising heat.

How strange, how simple, that if we were only to think of Babe and her piglets with a greater moral attention—with compassion—and take her off our plate, we would also make the greatest change available to us in securing for ourselves and our children a sustainable future.

Dr Alex Lockwood is a member of the Centre for Research in Media and Cultural Studies at the University of Sunderland. He has published widely on the representation of climate change across media. His book The Pig in Thin Air will be out this autumn. Follow him on twitter @alexlockwood