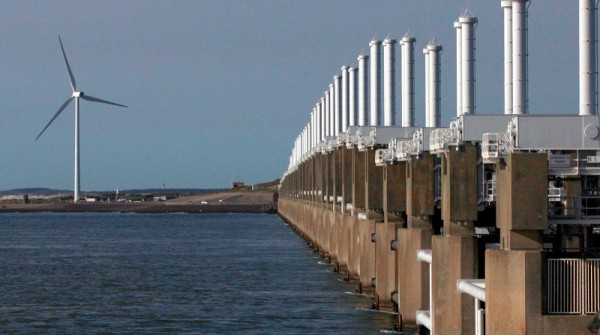 The Dutch government plans to appeal against a court order to increase its ambition on climate change, it revealed on Tuesday.

In a letter to the chairman of the House of Representatives, infrastructure and environment minister Wilma Mansveld said it was “desirable” to test the landmark judgment in a higher court.

While awaiting the outcome, the government will start implementing the order, she wrote, which demands a 25% cut in emissions from 1990 levels by 2020.

The decision comes in spite of a popular campaign, backed by Hollywood star Mark Ruffalo and model Cameron Russell, to accept the original ruling.

Lawmakers are set to discuss the matter at a hearing on 10 September, followed by a full parliamentary debate. The deadline to appeal is 24 September.

If parliament sides with the district court judges, it could be “politically difficult” for the government to go ahead with the appeal, according to Urgenda’s lawyer Dennis van Berkel.

Marjan Minnesma, director of Urgenda, which brought the original case backed by 900 citizens, expressed confidence in the robustness of the judgment.

“The government knows 25% is not nearly enough if you consider the enormity of the dangers that climate change poses to us,” she said.

“Much more is needed, so we hope that politicians in the Netherlands will take their responsibility and make a true effort to speed up the transition towards a 100% sustainable economy. We have been waiting for political leadership on this topic for a very long time.”

It remains uncertain whether the government will go to the Court of Appeal or straight to the Supreme Court. Minnesma urged ministers to choose the latter course, saying it would “save a lot of time and money on both sides”.

The district court ruling rested on the principle that the government has a duty of care towards its citizens.

Urgenda presented evidence that developed countries need to cut 25-40% from 1990 levels by 2020 to limit global warming to 2C, the internationally agreed goal.

With policies putting the Netherlands on track for just 17%, the government was failing to protect Dutch people from climate threats like sea level rise, the campaign group said.

Three judges agreed, saying the state “should not hide behind” the argument that it could not tackle climate change alone.

But respecting the government’s discretion over policymaking, they only required it to make 25% cuts, the lower end of the range.